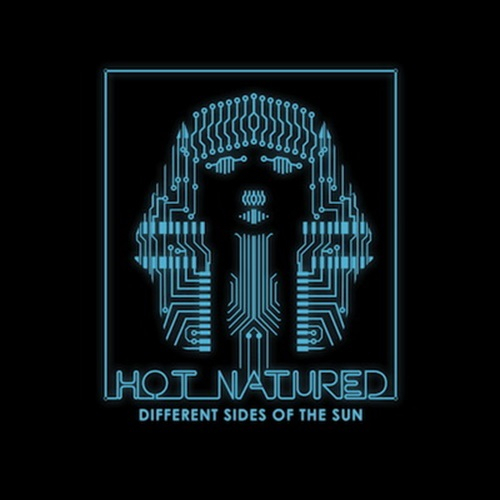 Hot Natured’s debut album, Different Sides of the Sun is set to release on Hot Creations next month. The four-piece, comprised of Ali Love, Jamie Jones, Lee Foss and Luca C, have created 15 fresh tracks of pure, high quality dance techno. Having only released a few singles to date, this record is hotly anticipated. The mystical Isis will transport you to a beach club in Ibiza. With its enchanting banjo samples and vocals from old school rapper The Egyptian Lover, it’s a brilliant track and its video proves the four young men are having a great time producing music.

LA-based singer Anabel Englund features on Reverse Skydiving. Her strong, captivating voice is an inspired choice to break up the predominantly male vocals. This is a standout track that feels original and innovative.

The album’s first three tracks provide a strong and promising start, particularly Operate, with its fairly simple electric guitar intro and whispery, layered vocals. However, the middle section of the record merges into one with nothing particularly noteworthy. The final track, Emerald City (again featuring Anabel Englund) is an effective parting shot, it’s just a shame there are not many killers hidden in the overall mix.

Taken as a whole, the album is synth-laden, fun and fast becoming the soundtrack to many people’s summers. Hot Natured will be playing at Bestival shortly after the album’s release, and it’s set to be an enjoyable show.

Different Sides of the Sun is released on 2nd September, but you can pre-order the album here.

Watch the video for Isis here: