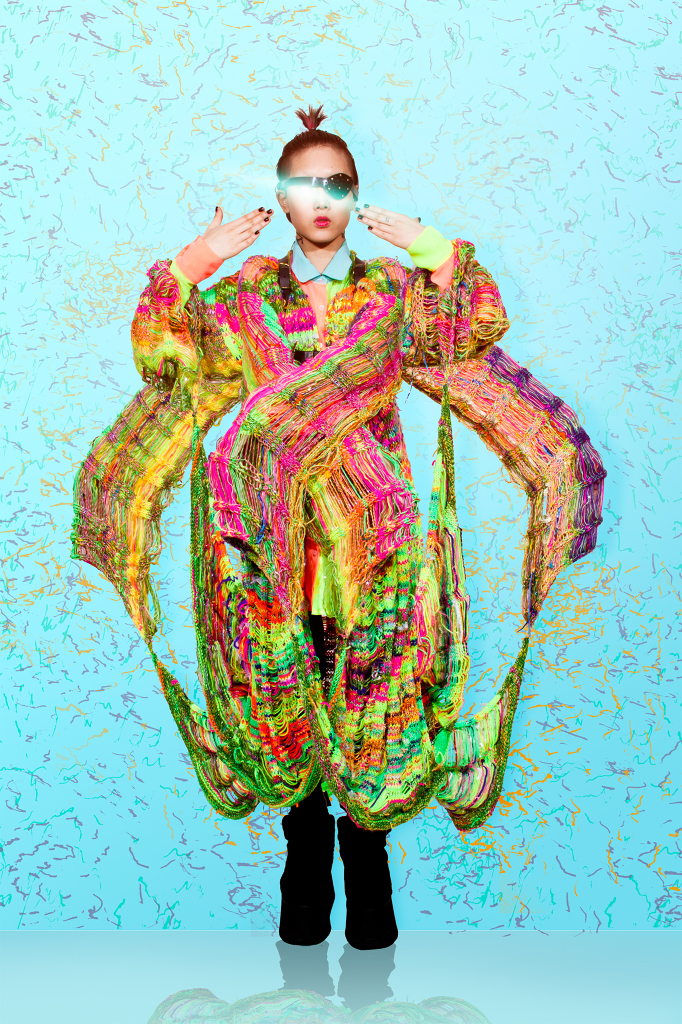 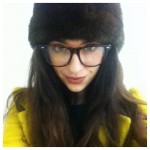 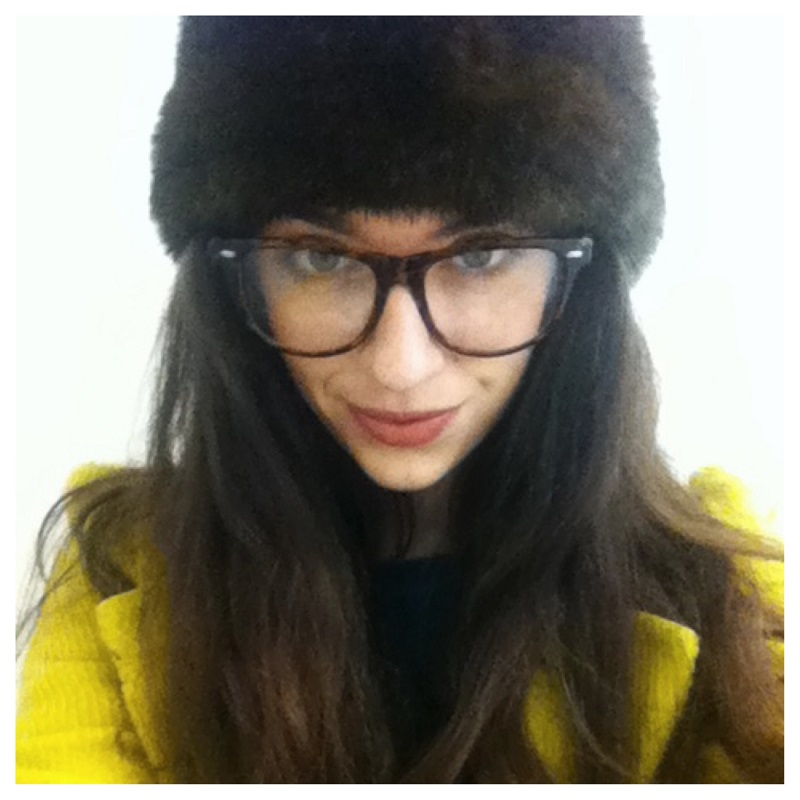 London-based knitwear designer, Jylle Navarro experiments with unusual materials to bring forth her other worldly aesthetic. Jylle’s eccentrically technicolour approach to fashion has caught the eyes of rave-goers and celebrities alike. Her whimsical knits are bold and remind us of the importance of having a sense of humour in an otherwise stuffy industry. We had the opportunity to pick the designer’s brain and couldn’t turn it down. 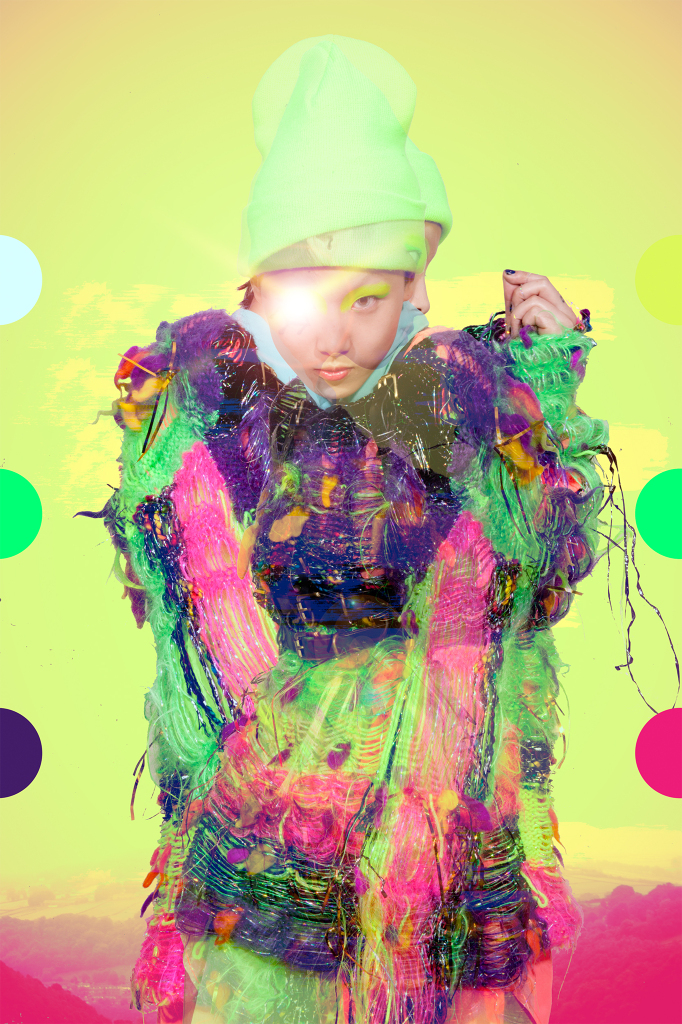 First and foremost, what planet do you come from?

Haha, well I’d like to say Pluto but unfortunately due to a wonky orbit it can’t actually be classed as a planet…. how annoying. As a design label I’m based in London but like many other designers not actually from here I like to be metropolitan and not specific to any place or culture. 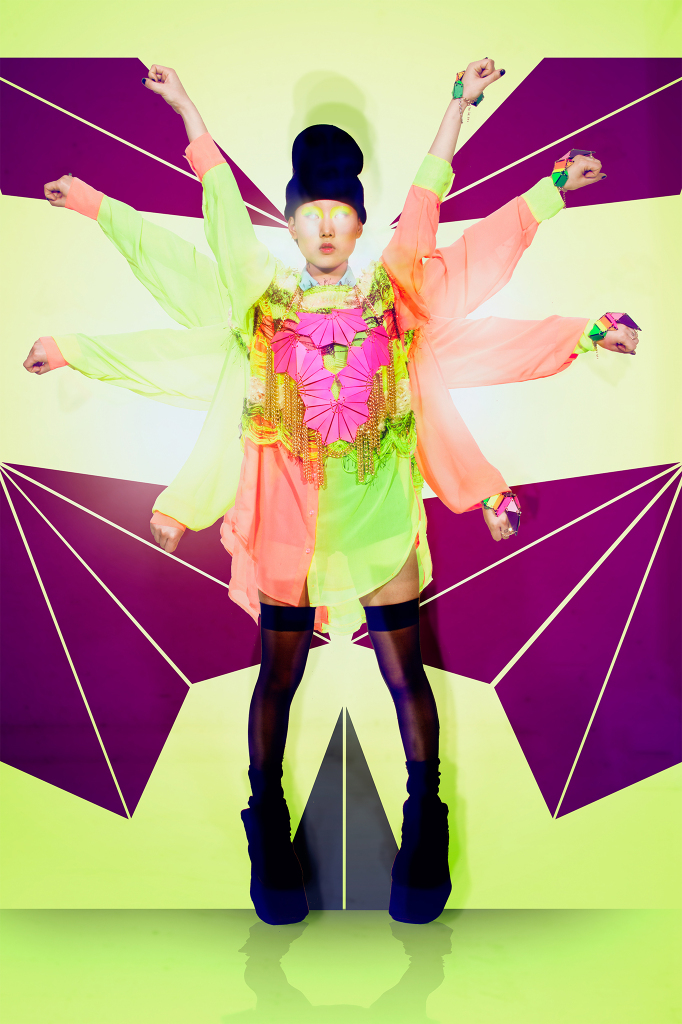 Tell us how you got started in knitwear:

When I was in college I was taught how to use a machine and kept using the method throughout university until I eventually chose to design a complete knit collection. I should thank my fellow designers I mainly chose this, as, at the time, they were so distracting to work with in the same room.

What is it about other worldly elements, which inspires you the most?

Basically I like anything a bit odd and weird from futuristic sci-fi films or graphic novels. I like to look at a lot of patterns in nature as well. 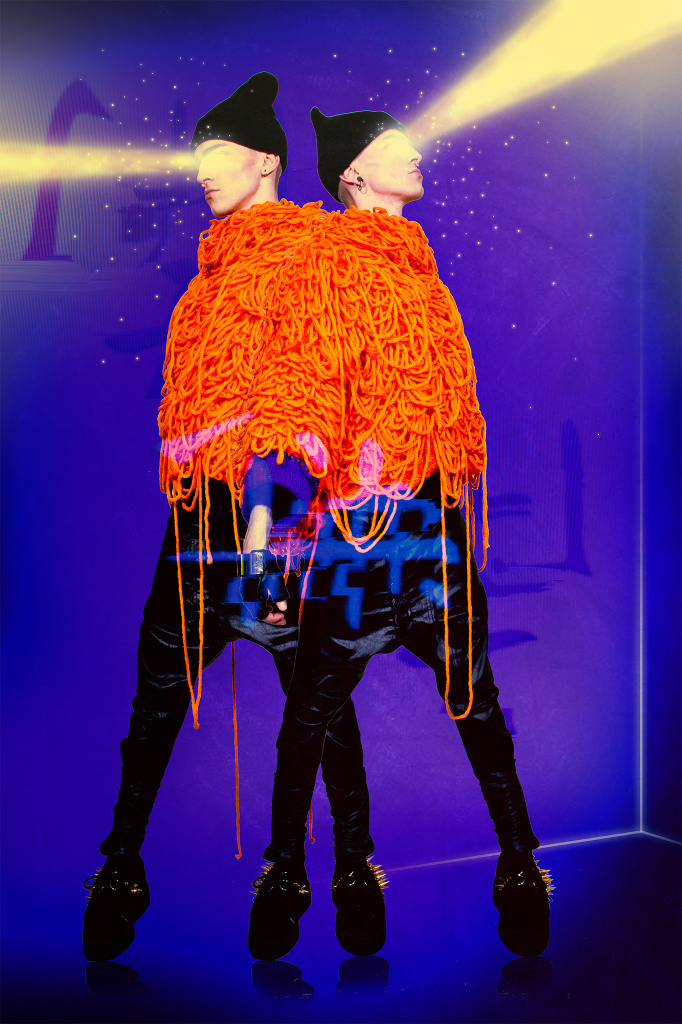 Where else do you draw inspiration from?

A huge part of my design is based on the yarn and materials I find. I like to use a lot of bright neon colours, however there is a certain lack of it to buy and work with. Eventually I would like to have a couple of sheep I can dye neon before sheering them and make my own yarn.

Let us in on your design process:

I usually need a muse, an interesting musical connection and find a few visual images to start me off. I then connect it with silhouettes and clothing patterns and then find and design the pieces with the yarns. However most of my designs change a lot when I start creating them, as I’ll create new techniques and ways of making them. It’s a very flexible process.

What has been your greatest challenge as a designer so far?

Basic survival and being human. Things like paying council tax and shopping for food in a super market just gets in my way. 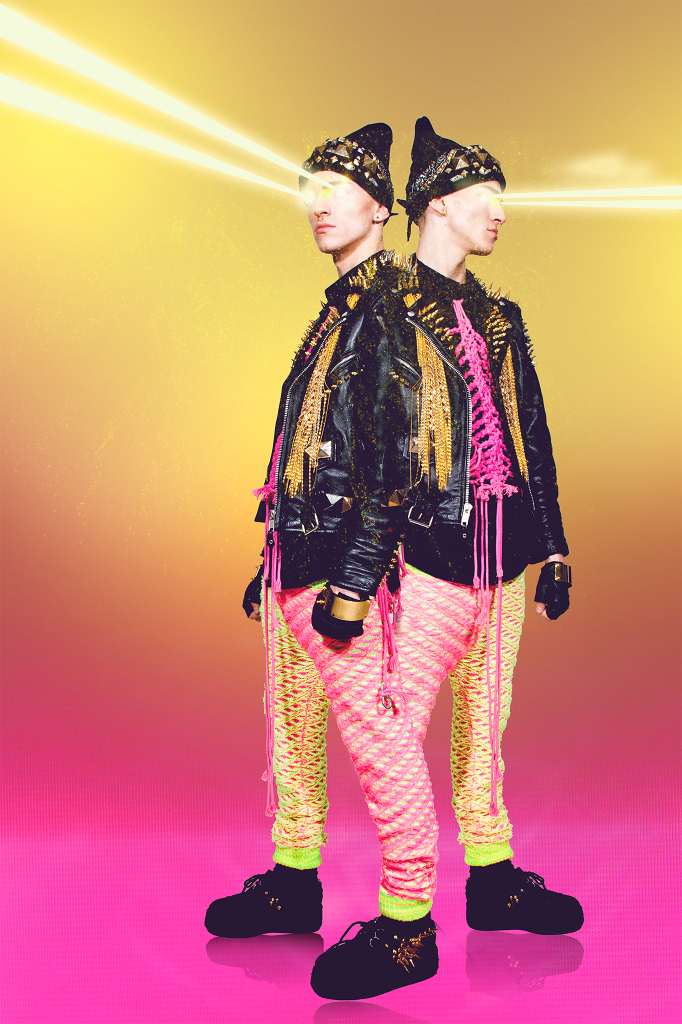 Tell us your top five songs of the moment…

I was listening to many different versions of Sarabande by Handel the other day to find the best one. I like everything Dick Valentine touches. I listen to Peaches podcast a lot too, some rare mixes in there. Always Amanda Palmer and I find I have a big creative style to Die Antwoord.

Celebrity-wise, who would you love to see wearing your designs?

Everyone I listen to so definitely Die Antwoord, Peaches, Bjork, Saul Williams. I love My Bad Sister and Mc Gaff E wearing it though. They are the real style icons.

What is the best/worst advice you’ve ever received?

Best is probably something like “just keep going.” Worst I think is “I see what your doing, but why don’t you try and make it pretty, it’ll be more commercial then.”

Describe yourself in 3 words…

Saying your designs have an element of futurism to them would be the understatement of the century, so what does the future look like for Jylle Navarro?

I have a new collection coming. It’s going to be pretty big. I’m going to try and transform the traditional fashion catwalk. It will be called “Tribes”. I want to work with visual artists and musicians. Will be a lot of fun.