Steve Mason at the Electric Ballroom 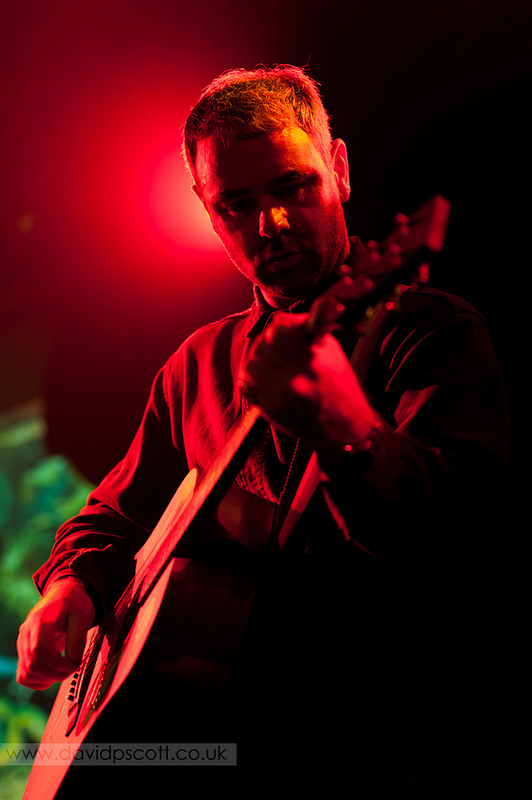 Three records in – or two if you discount his 2011 release, Ghosts Outside, effectively a dub-inspired reworking of his debut – and tonight Mason’s at Camden’s Electric Ballroom to deliver tracks from his most recent release, the brilliantly titled Monkey Minds in the Devil’s Time, which arrived earlier this year.

Tonight’s second support act, indie-rockers Childhood, are ironically the youngest in the house (virtually no one here is under 30). They deliver a respectable-sounding set of tunes and even, at times, come dangerously close to sounding very good indeed.

The double opening salvo of Lost and Found and Oh My Lord make for a great calling-card for Mason’s sound. The former features a haunting, chiming guitar motif that underpins the whole song, and the latter’s rousing chorus is lovingly lapped up by this seasoned crowd, for whom the days of circle pits and crowd-surfing have long since passed.

Mason’s performance impresses on many levels. He wisely embraces his lengthy and illustrious back catalogue; long-standing fans are treated to songs right back from his Beta Band days. In the live environment Masons’ vocals, hushed and low-key on records, are far more full-bodied, resulting in tracks such as A Lot of Love sounding far more imposing. But, in an odd way, what is most enjoyable to see is the humility with which everything is delivered. Mason dresses nothing up – there’s no Oasis-esque swagger about him, no ego or grandstanding on show tonight, evident in the way he thanks and applauds his band and audience after every song.

For the encore we’re treated to the first ever live performance of the polemical More Money, More Fire. This sees Mason invite “the best rapper in London”, British hip-hop MC Mystro, to brilliantly deliver the incendiary, anger-laced lyrics. It’s stirring stuff that perfectly tees up the final track Fight the Back, which sends the crowd off delighted.

Watch the video for Fire! here: