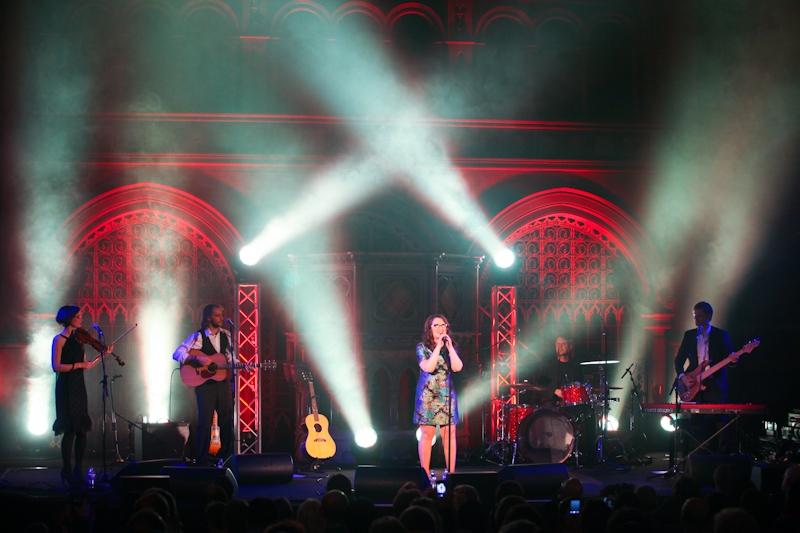 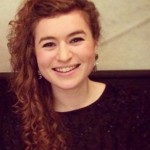 Andrea Begley’s performance at Union Chapel last night debunked any negative assumptions about the offspring of TV talent shows. The singer stole the show and more, the enveloping acoustics and dramatic candlelit interior of the jaw-dropping Union Chapel the perfect backdrop for an entirely entertaining evening. It’s a full house at the arresting venue; Begley’s following are a mixed bunch but evidently intrigued. She is led onto the stage, her visual impairment restricting her movement across a platform packed with instruments. She reveals herself as genuinely funny and gently self-mocking, winning the audience’s hearts over and over. At ease with her newfound fame, she is eloquent, charming and completely devoid of showbiz trappings

She opens with a passionate rendition of Falling Slowly from the musical Once. Begley claims she likes to “turn things on their head”; if she continues to live up to this she will be a crowd-pleaser. She suits folk and country-style songs best, but there is a haunting quality to her voice that transforms even the most unlikely covers.

One such is Ho Hey by the Lumineers, a highlight of the show. She does it justice, cleverly altering the arrangement without losing its essence. Hearing her voice live is more pleasant than watching her on TV and far more significant than a recording. These are entirely clean vocals, not a note out of place. Her self-composed songs – Autumn and new track Just a Test – are recognisable and wonderfully observed; heartfelt but not tragic. Live, they are better than their slightly flat recorded counterparts.

Begley is stiff on stage – this may be down to nerves but she should rightly stand proud, as sadly it adds an uneasy edge to an otherwise outstanding performance. Her backing band are perfectly pitched, complementing her vocal arrangements. A violin adds a folky edge. Her jazzy reworking of Latch by Disclosure is powerful and sexy, a romantic version that raises the intricate roof.

Begley’s best performance of the night is The Parting Glass, an Irish folk song. It is emotional and moving, the singer sticking to her roots despite having been born of a pop-oriented contest. She gets better and better – this show is well worth the ticket. While Begley may not have The Voice (really, who does?), she certainly has a beautiful one. “The voice of an angle”, she jokes, “I just hope it’s acute!” 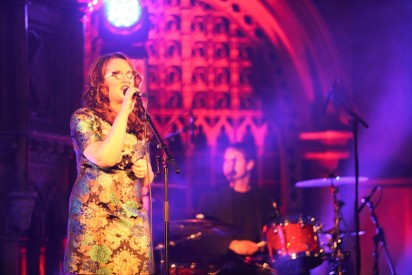 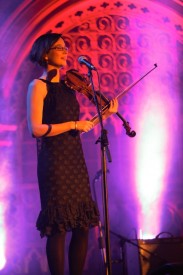 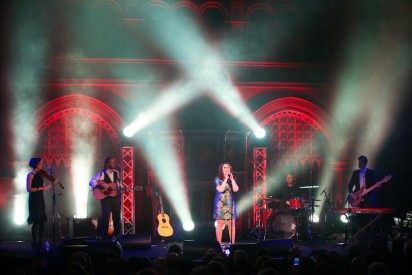 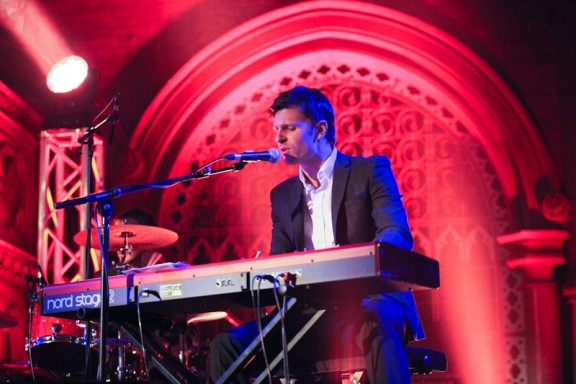 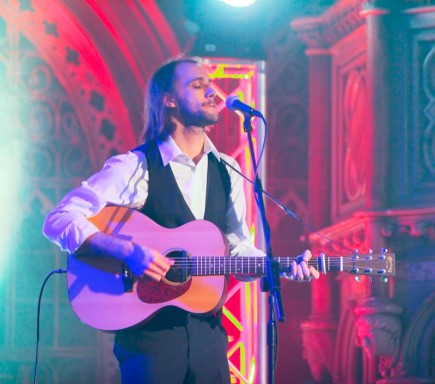 Watch a live performance of The Parting Glass here: