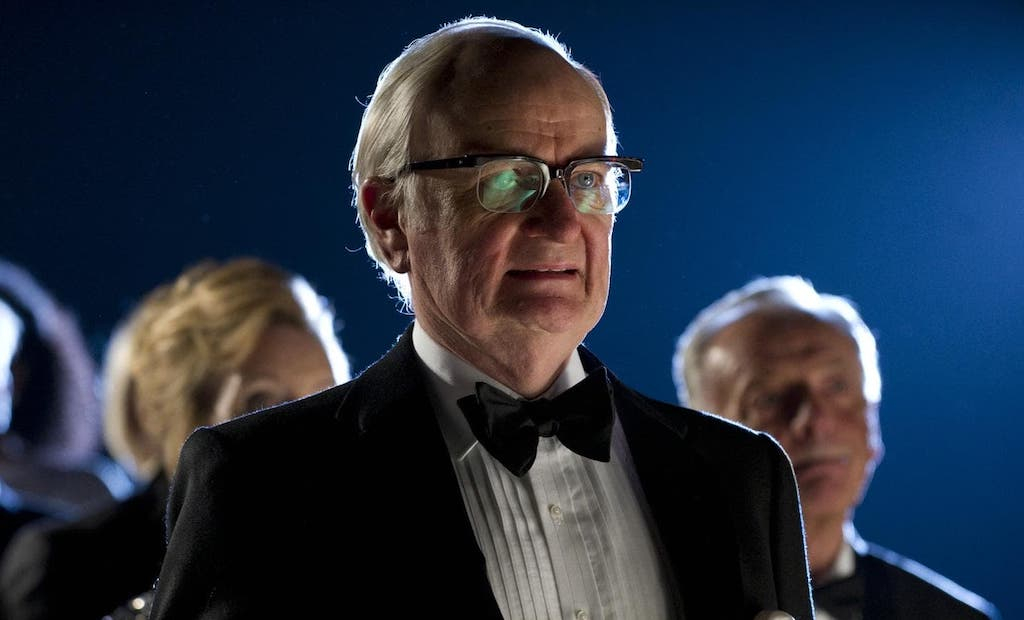 Every once in a while, the British Academy of Film and Television Arts invites along a star of the filmmaking world for a Life in Pictures interview. It’s a lengthy discussion of the subject’s life in the movies, exploring their craft and career path, while plucking out any juicy cinematic anecdotes along the way. Past interviewees have included Martin Scorsese and Dustin Hoffman, and last night it was the turn of Jim Broadbent.

Taking to the stage at the home of BAFTA in Piccadilly, the Oscar winner was as unassuming as ever. While he may have played many an over-the-top character, in person Broadbent is smiley and softly spoken, with his sentences often trailing off into near silence before he remembers to raise his voice again. His interviewer for the event was Boyd Hilton, 5Live stalwart and reviews editor at Heat Magazine. With such a lengthy filmography to explore, Hilton tried to cover as many topics as possible, focusing in particular on Broadbent’s “method” and his frequent collaborations with director Mike Leigh.

The interview was enjoyable, but not exactly revelatory. Broadbent is not the hell-raising sort and it seemed from the answers he gave that his success was worn through quiet and steady hard work. He has worked his way almost silently to the top of the Hollywood tree without meeting too many disreputable characters along the way (or was too polite to say so).

The excitement wasn’t raised by Hilton either, who is not the most incisive of interviewers. Questions on Woody Allen’s distant directorial style and Mike Leigh’s reliance on improvisation during rehearsals were all dutifully trotted out. One couldn’t help but ponder how more enlightening the night may have been if a real hardcore cinephile (Mark Kermode for instance) had been the question-master. The inevitability of the phrase “so how did you get involved?” appearing whenever a new filmmaking project was brought up became rather annoying.

A short Q&A closed out the event, with the first question coming from a rather angry audience member who demanded to know why Broadbent’s latest Le Week-end was so rude (or “placist”, as he put it) about Birmingham. It was the one sour note in an otherwise pleasant, if slightly underwhelming, evening.

For further information about the BAFTA A Life in Pictures series and future events visit here.