Almost Near at the Finborough 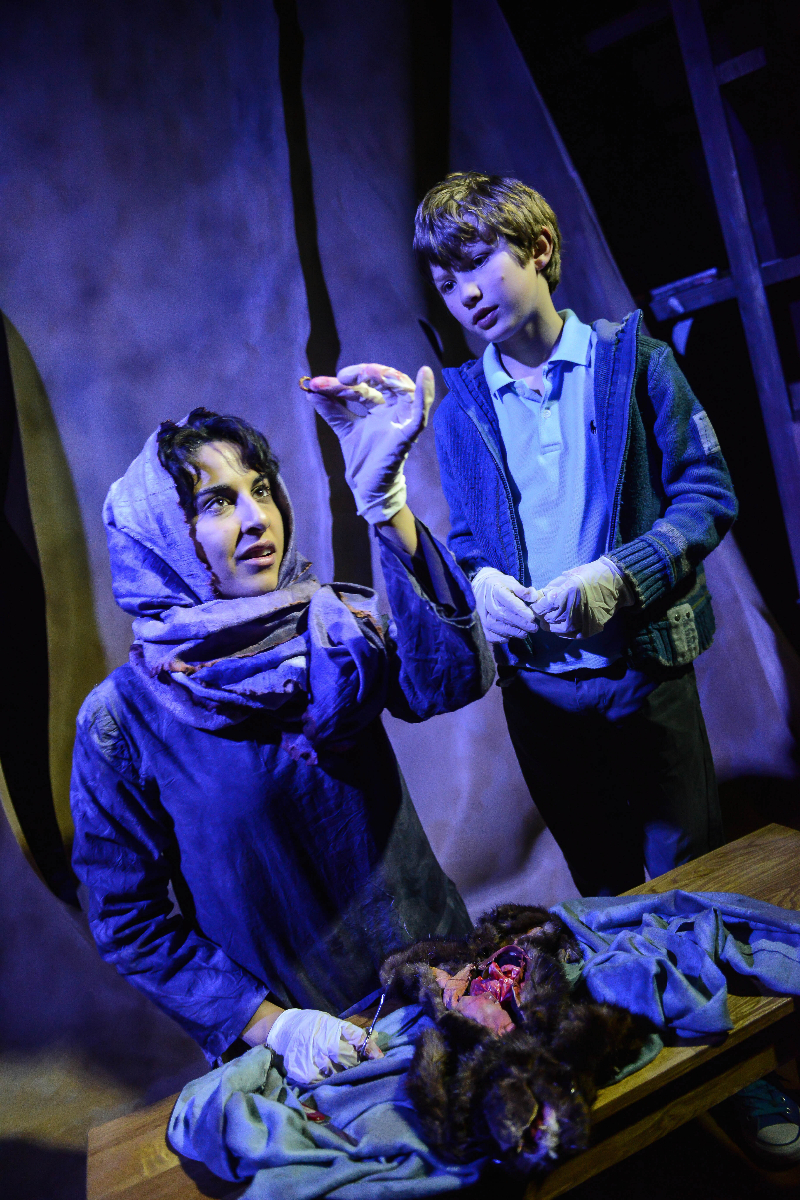 Almost Near at the Finborough | Theatre review

“Our privileges are located on the same map as their suffering” suggests Susan Sontag in Regarding the Pain of Others. It is this quotation that was the inspiration for Pamela Carter’s Almost Near, a play that depicts the two extremes of banality and intensity. In Helmand Province four soldiers find that they have been blown up by a suicide bomber; in London a husband and wife negotiate a bitter separation that seems to have impacted their son’s behaviour.

Louise (Kate Miles) is an artist making sculptures and taking pictures of people wounded in war, but the people who are her models in the first scene are actual soldiers in the second scene. Miles has a natural, conversational delivery style that especially complements Kevin (Adam Philps), a cocky and vain Yorkshire lad who after being Louise’s model decides to sign up to join the army.

Carter plays with narratological complexity, and she takes advantage of the fluidity of theatrical space – she forces the audience always to question the (un)reality of what is on stage. But good theatre is not just about a play’s structural trickery, and Almost Near suffers not from a lack of anything to say, but the decision not to say it. Despite the politically-charged setting of Afghanistan, Carter does not explore the realities of living in a war zone, but instead imagines a necessarily fictionalised and fantastical account of what it is like after dying there. It seems a shame to explore what these characters are feeling after they are dead when there is so much to examine in their circumstances pre-death.

Where the play succeeds greatly, however, is in presenting the jarring disparity between something as mundane and familiar as ordinary London life and something as unimaginable as a soldier’s life on tour – a setting made even more grim by the hot, orange lights and subtle references to the infernal.

Quasi-supernatural elements, mostly left unexplained, plant the play more in the realms of fantasy than political or social comment. The painted wounds, stuffed, detached limbs and slapstick violence add to the artificiality of the production. Almost Near relies on shocking scenes, gore and violence to make its point rather than relying on depth and power in its dialogue. Yet director Audrey Sheffield and the cast do a very good job with an unusual and often intriguing play.

Almost Near is on at the Finborough Theatre until 15th April 2014, for further information or to book visit here. 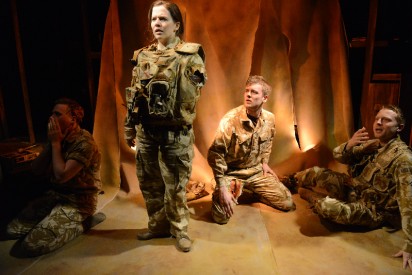 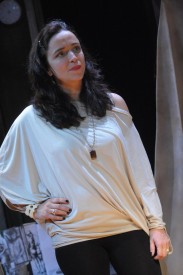 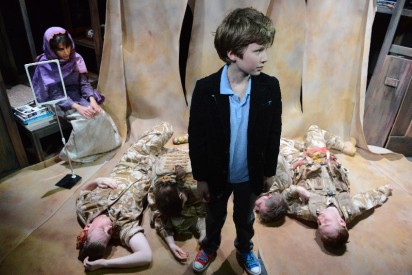 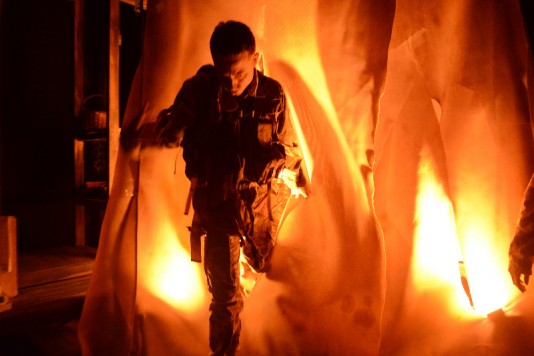 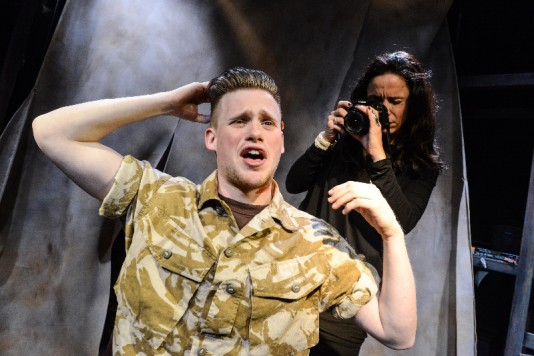 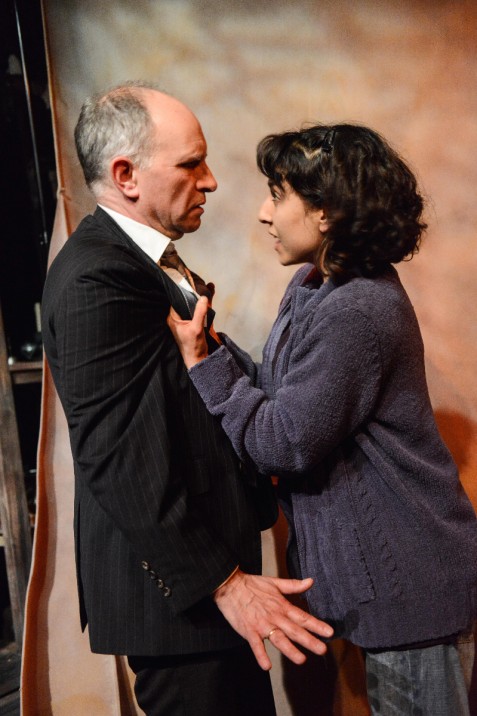 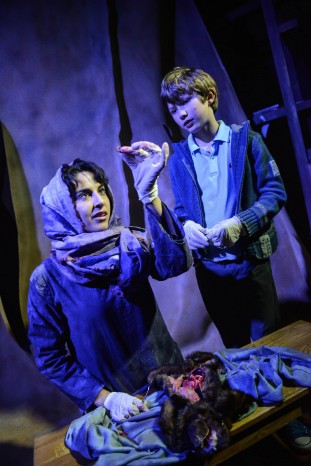 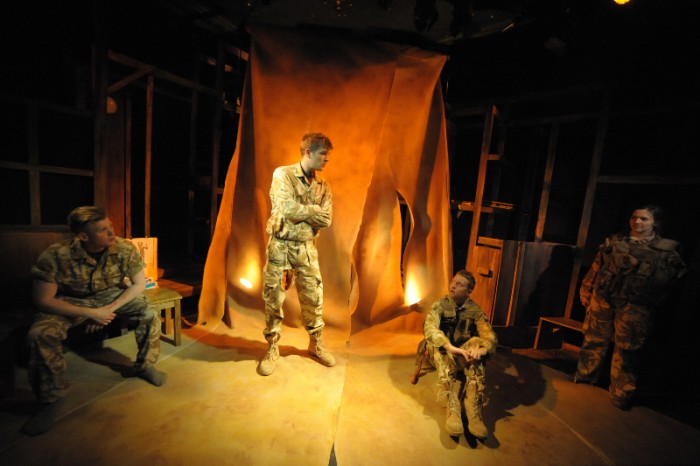