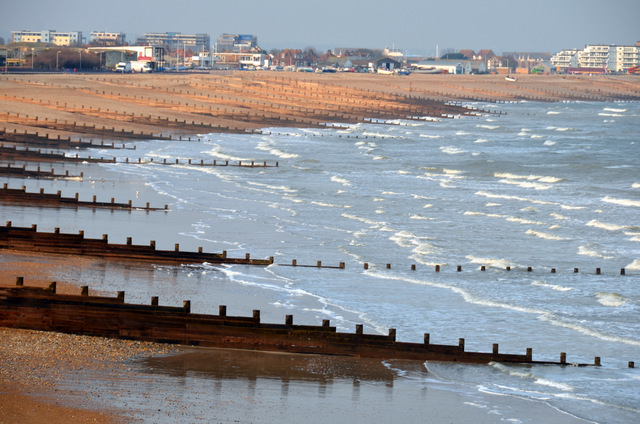 The Good Beach Guide, compiled by the Marine Conservation Society (MSC), has rated 73 per cent of the UK beaches with highest water quality.

MSC tested 734 UK beaches and rated 538 amongst them with top standards, that is 135 more than the previous year.

The charity guide, which has been running for 27 years, along with help of central and local government agencies collected water from beaches across the country between mid-May and September.

Scientists tested these water samples to check for bacteria such as e-coli.

Reports show, compared to 42 failures in 2013, there were just 14 beaches that failed to reach the minimum water quality standard this year.

South-west England topped the charts with 88% recommended beaches, while Isle of Man had the lowest figures with 26%, although this was a 16% rise on the previous year.

The Channel Islands were the only area to see a drop in the numbers from 19 to 18.

Pleased with the test outcomes, MSC coastal pollution officer Rachel Wyatt, commented: “It’s great news that we are able to recommend more beaches than ever for excellent water quality and it shows just how good British beaches can be, the main challenge now is maintaining these standards, whatever the weather.”

Researchers have said weather plays an important role on water quality. Last year’s hot and dry weather and lack of rain caused less pollution to filter down from towns and cities to the coasts.

According to the Met office 2008, 2009 and 2012 were the wettest summers since 1910 and fewer UK bathing beaches met the minimum water quality standards because of increased pollution running off rural and urban areas.

Dr Sue Kinsey, pollution policy officer at the MSC, told BBC Radio 4’s Today programme that “heavy rainfall over the winter months should not affect beaches this summer, as bacteria will break down within 24 to 48 hours.”

Dr Sue said: “Real-time monitoring by the Environment Agency will allow swimmers to check the water quality on a given day.”

MSC has warned that from the end of 2015 onwards, under new EU regulations, beaches which do not meet the “sufficient standard” will have to display warning signs against bathing in the sea and they will be judged by a new, more stringent EU classification system.