Disobedient Objects at the V&A 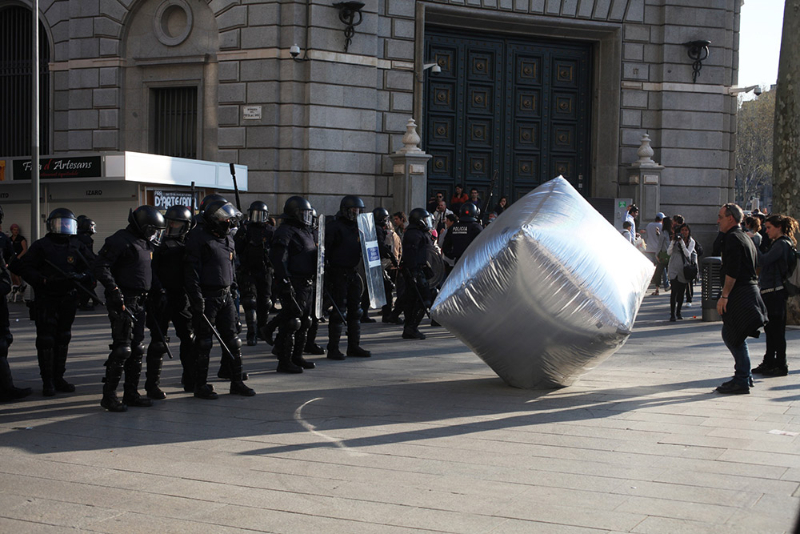 Tools of political and social protest go way beyond the handheld banner or painted sign. Marchers and protesters often use considerable ingenuity, creativity and humour to get their message across. The V&A brings together a rare collection of artefacts – some borrowed originals, some remade for the exhibition – which have all been put to use in actual protests on the streets across the world. 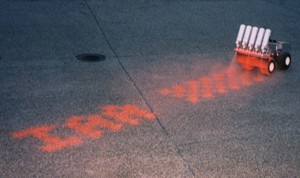 Sometimes designed by artists and at other times anonymous, symbols and signs have significance because of the way people use them, identifying themselves with an idea: a red square, easily cut from paper or fabric could hardly have been more simple and effective as a badge of protest during campaigning against student fees in Quebec during 2012. Considerably more sophisticated is the Graffiti Writer Robot of 1998 which remotely sprays slogans, leaving protesters at a safe distance from the police.

It is that interaction with the authorities where the most inventive ideas have their place. Book Bloc Shields were first seen in 2010 in Italy and is a brilliantly subversive idea: the protesters defend themselves with shields which are in the shape of giant books, carefully choosing which book cover they paint on the surface so that they are forcing the police into confrontation with the book and idea itself. Another playful invention is the giant inflatable cobblestone, chucked at the police during the General Strike in Barcelona in 2012, they make the point of demonstration and activism without the aggression, forcing the oppressors to either play the game and throw them back or become spoilsports by deflating them.

Each piece is accompanied by the statement from the artist or group which employed the work, giving fascinating insights into the reality of protest and the endless resourcefulness of people who will not be silenced.

Disobedient Objects is at the V&A from 26th July 2014 until 1st February 2015, for further information visit here. 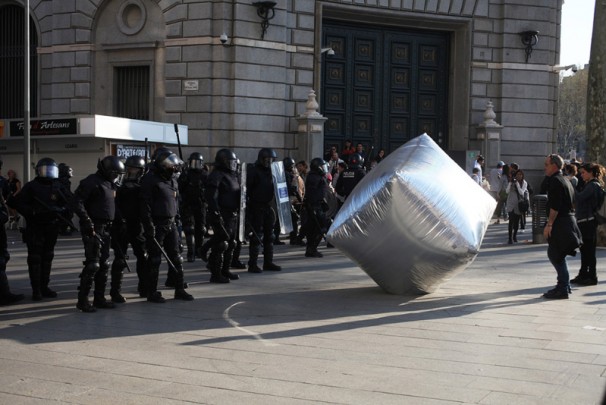