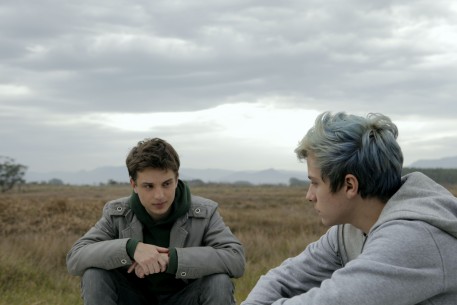 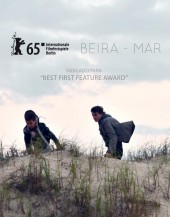 It’s a confusing time, a young man approaching adulthood. Questions begin to arise for the first time, personal questions that may have never been explored, as everyone endeavours to fit in with the social norm. These themes of innocence and personal identity are rife throughout Filipe Matzembacher and Marcio Reolon’s joint debut feature Seashore. The film, in the prestigious forum section of this year’s Berlinale, is an excitingly raw coming-of-age story that follows childhood friends Martin and Tomaz on the cusp of manhood as they travel to the coast of Southern Brazil. Martin’s father has willfully sent his son to settle an inheritance matter, with long-time friend Tomaz happily accompanying him.

From the beginning of the film, the directors create a rich atmospheric tone to the work. Both main characters’ long contemplative gazes are clever focal points through which the viewer can identify with the themes. Credit must also go to cinematographer João Gabriel de Queiroz, who is unrelenting in capturing each element of the characters’ developing identities. The musical score from Felipe Puperi captures the roaring of the sea: gentle and powerful in equal measure. Always on an equal footing with the subject and the characters, it helps achieve a well-rounded film.

A confrontational subject matter for some, what Seashore truly achieves with its tenderness and sensibility is the emotion of a forgotten age, where love, sexuality and personal identity are all relatively new agendas.

Seashore does not yet have a UK release date.

Watch the trailer for Seashore here: