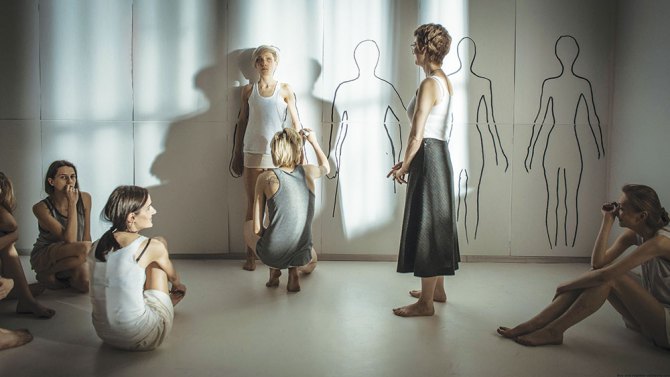 A strong contender for this year’s Golden Bear, Polish film Body is a stark exploration of how people deal with grief. It examines three characters who live in completely different worlds: an expert prosecutor in criminal affairs, his anorexic daughter and a therapist who is convinced that she can speak to the dead. Body explores mental suffering with a hint of black humour. The work represents a conflict between rational thought and belief in supernatural powers, the latter providing the link for the three characters to ultimately connect.

Despite the dramatic backdrop, the stories in the film do not have a solemn tone, instead told with distance and irony. Bleak, drawn-out camera work supports these themes, appropriate for the harsh, working-class setting. Director Malgorazata Szumowska’s clever tone is indisputable, with subtle clues being left at the beginning of the piece to help develop the characters’ identities and develop the greater narrative.

The film’s pace at times wanes, as you come to feel impatient with the enduring plot. This criticism could quite easily be contested, though, as the pace is appropriate for all the drawl and other extended elements attributed to such a uniquely singular piece of work.

Body does not yet have a UK release date.