Every Thing Will Be Fine: An interview with Marie-Josée Croze 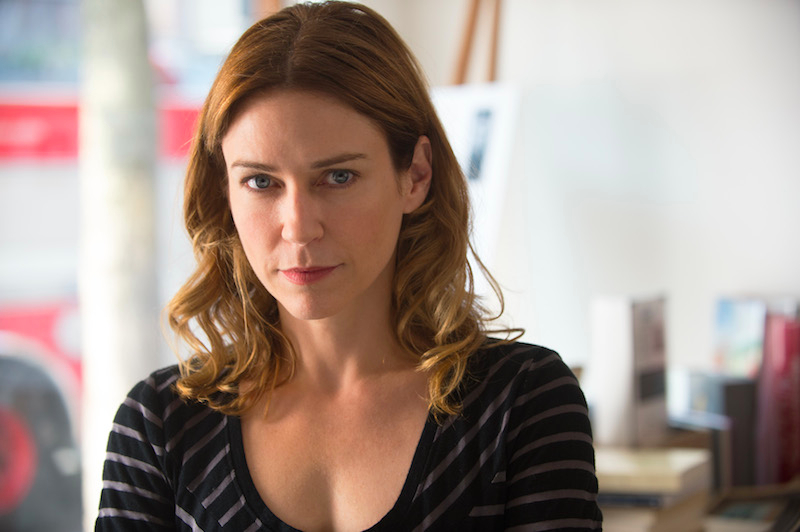 Every Thing Will Be Fine: An interview with Marie-Josée Croze

Every Thing Will Be Fine premiered at the Berlin Film Festival 2015, here’s an interview with Marie-Josée Croze.

What prompted you as an actress to play the character Ann?

Many things, I’d say. She is a regular, normal person who’s in love with this man. I have played a lot of junkies, crazy people and femme fatales, so I was very happy to play someone with a regular life and a regular world. The script was well written and all the characters are very believable. How would you describe the character of Ann?

Ann is a very positive and optimistic person. She is not so complicated in psychological terms, she is patient and loves people, and she wants everything to be better all the time. She has a daughter whom she loves. We don’t know the background story of Ann, but we imagine that the husband is not there anymore. She has a crush on Tomas and works at his publishing house where she is in charge of the French writers.

Ann tells Tomas that she can’t understand why his hands are not shaking after the accident at the funfair. Can you understand this feeling?

I think that she is a very patient person, in a very maternal way, and she is deeply in love with Tomas, which is why she accepts a lot of things that are coming from him and helps him the way he is. But she is probably a bit alone because Tomas doesn’t express a lot of things, he is very much in his own world. She is just waiting for the moment when he would trust her enough to reveal who he really is. But I think that particular scene of the shaking hands means: “I’m a human being, I have feelings, I have fears and I show you mine because I hope that you will show me yours.“ She doesn’t really understand because it’s something completely different from her own way of seeing life. This accident happened and he should have felt something, been afraid of losing some things he loves, the lives of people he loves. But, even in that situation, he stays completely calm and behaves as if nobody will hurt him or make him feel anything. So, she takes this opportunity to try to shake him and make him open up.

What does Ann know about Tomas’s past?

She doesn’t know a lot about his past. For me, it’s probably a way of loving and respecting him and not forcing him to reveal or maybe lie. She’s patient and she’s waiting. I learned a lot from her because this is the way we should behave. She is a very mature person and there is a lot of security about her, and that’s why Tomas gets into a relationship with her because he feels comfortable and secure. She doesn’t play a game and she’s not in power, she is very normal. What you see is what you get from her.

Is Ann jealous of the special relationship Tomas and Mina have?

It doesn’t bother her, it’s like a triangle, it becomes a triangle relationship with the daughter taking in as much a place as the wife. But it happens a lot with couples that a third person – it could be a friend or an ex-girlfriend – takes the place that would usually go to the person you share your life with. And he is using this to escape the intimacy. Ann doesn’t have anything against her daughter and she doesn’t suspect anything creepy about him and the daughter at all. But, all the time, she is trying to be in contact with him. We don’t know much about her past, about other relationships she had with someone else. It’s the story of Tomas, and the people around him are there to reveal who he is.

How does Ann deal with Tomas’s way of coping?

Yes, she probably knew about the accident because she reads the book he wrote about this past, and that’s why she never questions him. From the writings, she knows who he is, what kind of sensibility he has and how private and secret he is. He needs that privacy, and she respects who he is and doesn’t force him too much. Ann is like an open book, she doesn’t hide anything. She probably wakes up each morning and says “Be patient, be cool, let him be who he is and don’t force him to do anything“. There are many scenes where she’s talking almost alone and trying to communicate with him, but he sometimes barely answers her. When I was reading the script, it’s like, there is the first part with the accident, then he changes, probably becomes depressed and then starts writing. Then he meets that person in a specific moment of his life when he is trying to heal and be a better person and not do the same mistakes he did before. And I love the scene where Tomas meets his ex-girlfriend in the theatre foyer and she explains to him how much he hurt her. I love that scene because life is always about trying to do better and not to make the same mistakes.

What is special for you about working with Wim Wenders?

Working for Wim Wenders is quite surreal for me because he is among the directors whose work I saw when I was becoming an actor. He is one of my best inspirations in terms of art and I read a lot about him in interviews and what he has written about filming and films and art. He knows so much about different kinds of art. I would never have imagined…secretly yes!… working with him because it’s a kind of a surreal thing to say or think. But Wings of Desire and Paris, Texas absolutely changed my life. He wrote cinema history and invented things in cinema, and is still doing this with an intimate film in 3D. So, it was more than an honour for me to be here.

Is it different acting in front of a 3D camera?

The only difference is the time you’re waiting before you go on set because it’s longer to prepare a 3D set, but the acting for me isn’t any different. I don’t think about it when I act, that’s for the technicians. We have less time to act than with a small HD camera where you can do a thousand takes and say ‘Let’s do this or let’s do it there!’. We have less time to do the scene and have to be ready and know exactly what we’re going to play. We did some rehearsals with Wim beforehand, we talked about the scene, and decided a lot then. In 3D, it’s not so spontaneous, but every experience gives you some kind of restrictions which sometimes result in something new. It was the first time working with James Franco. He’s… a very secretive person like his character. We didn’t talk between the takes and I don’t know who he is and he doesn’t know who I am. We barely even said ‘Hello’ in the mornings. But when it was ‘action’ when we were on set, I completely believed that he was Tomas. As all my scenes were with him or Mina, I was lucky to have a good actor in front of me. He was reading all day, and I think it’s probably a way of him keeping his privacy and concentration because the set is a place where you can lose a lot of energy since there are so many people who could be talking to you and so many distractions around. I could never read because it’s an intellectual function which doesn’t connect very well emotionally for me with my acting. But I listen to music most of the time as it is something that puts me more in a mood. Music protects me from the outside and keeps my imagination in the right place.

Do you think that something positive can come out of a tragedy?

Of course! Tragedy is a catharsis, it’s like the big bang for me. Every tragedy brings you something positive. The opposite of life is stillness, so tragedy also means life for me. Human beings are always afraid of what will change and what will be different. Painful moments in our lives bring us more strength and knowledge, and, sometimes, we decide to change our ways because of something that feels like a tragedy. Change is life, so I’m not afraid of changing.

What in your view is the essence of Every Thing Will Be Fine?

No matter what: Every Thing Will Be Fine because everything is possible and everything is fine. We have to accept life as it is, we don’t decide. We only have to decide on how we handle a crisis. It’s about the way we handle things, we have to take them the best way we can, and then everything will be fine. What happens to Tomas is horrible, and he transforms this moment into art. That inspires him and he becomes more famous with the book about that big event in his life. I think that we have to embrace life with all the difficult things we have to endure.