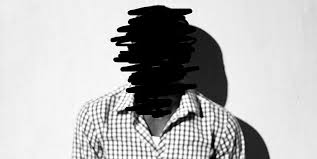 As part of the Berlinale’s showcase of increasingly daring works from across the globe, the NEST art collective from Kenya offers their debut film project, Stories of Our Lives. These incredibly brave stories show what it means to be part of the LGBT community in Kenya. It’s a modern take on the struggles that come to those who choose to embrace their sexuality in a notoriously homophobic environment. Through this film, they are given a platform to construct stories of love, pain and rejection, but also of hope and strength. The fact that none of the filmmakers had any formal training makes these skilfully shot pieces, using only a DSLR camera and basic equipment, even more impressive. The piece is beautifully filmed in black and white, and tells five stories based on interviews with thousands of LGBT people across Kenya. Initially an audio project, the decision to commit these stories to film was necessary to portray their vibrant lives in a fitting medium. Kenya is shown as stunning and natural, embracing the traditional and the modern. The acting is of a high standard and all the actors give bold performances. The touching imagery creates a depiction of real Africa, of the true struggles facing real people, but it also shows tenderness, love, confusion and despair.

Ask Me Nicely shows the pressures of attempting to conform to heterosexuality and how it can damage a blossoming love. Run is a story of how unaccepting others can be, as a young man forays into discovering his sexuality. In Athman, we are presented with the issue of unrequited love that proves too difficult to live with, even though there is no malice in the rejection. Duet looks at an interracial sexual encounter between a prostitute and his client that turns into an intimate connection between the two. Each Night I Dream looks at what forms same-sex love would have to take in order to be accepted.

This is an important story to tell, as so frequently the only image of gay Africa is of those being persecuted. With both filmmakers and actors putting themselves in very real jeopardy to make this film and come out about their sexuality, its significance is increased. It is not only a wonderful piece of art, but a stand of defiance and a mode of protest.

Stories of Our Lives does not yet have a UK release date.

Watch the trailer for Stories of Our Lives here: