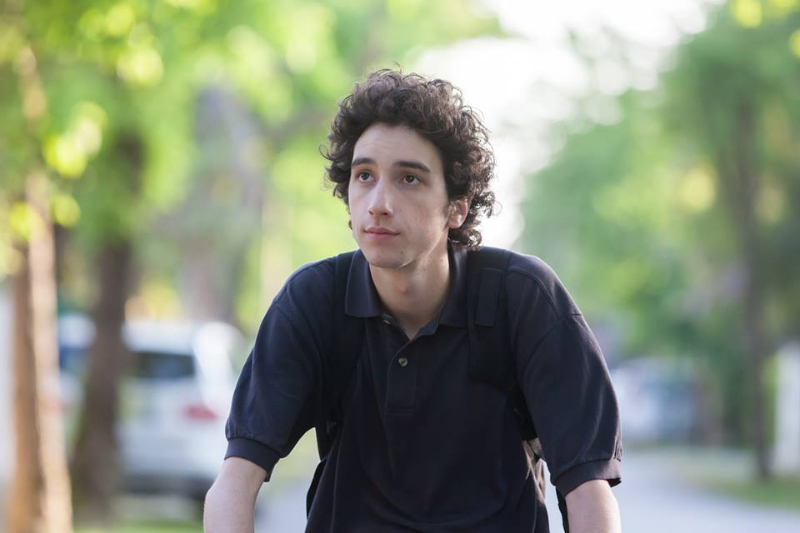 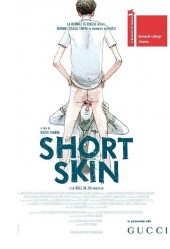 “I’d love to put my head out of a train window but I’m afraid of a tunnel or a pole,” Edoardo (Matteo Creatini) confesses to his holiday neighbour Bianca (Francesca Agostini), as they discuss her departure to Paris. This is the metaphor that runs throughout Duccio Chiarini’s debut feature film Short Skin.

17-year-old Edoardo has been suffering since childhood from phimosis – a congenital inability to retract his foreskin. This means that any form of sexual activity is physically as well as emotionally challenging. Terrified of having an operation, he turns instead to creams, condoms, and even an octopus (in a nod to the apple pie scene in American Pie). Short Skin is a candid portrait of a young boy living a life of trepidation as he struggles to overcome the obstacles that prevent him from putting his head out of the train window.

The Italian coming-of-age tale is reminiscent of a Jason Reitman film (Juno, Men, Women & Children), as it puts an insecure teenager at the forefront but manages to interweave family drama and comedy in between. Chiarini’s camerawork is intimate, often forcing us to inspect Edoardo’s penis. When Edoardo is examined, both by his parents and doctor, his naked behind fills the frame, putting us within eye level of the examiner. Yet Chiarini never implicates the audience as voyeurs, but instead as participants in his story. The body is treated biologically as opposed to an expression of voyeurism. Sex as a biological experience is inadvertently made through Edoardo’s little sister’s (Bianca Ceravolo) obscene obsession with finding their female dog a mate in order to have puppies. This places Edoardo’s insecurities and shame outside of the emotional spectrum and so it becomes an easy feat to overcome – if he is willing to take that risk.

Although at times the plot becomes stagnant, Creatini’s portrayal of Edoardo makes us want to continue watching. Edoardo is, quite simply, a really nice guy and Creatini plays him with a sensibility that is endearing, both on and off screen. Short Skin is a quirky little film that highlights a male problem not often explored.

Short Skin does not yet have a UK release date.