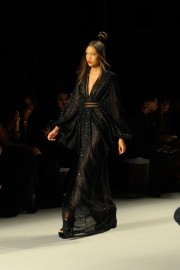 A familiar name on red carpet events in recent times, Michael Costello is becoming the go to designer for intricate form fitting gowns. From Palm Springs, California, Costello is an American designer of Greek and Italian descent. Costello has been thinking like a fashion designer since a very early age, he was featured on Vogue at the age of 14 in an article titled, “Los Angeles’ Hidden Talent.” He has been featured on the reality television hit show Project Runway twice; once on season 8 and another time on the “All Star” edition of the show. On the second Tuesday of New York Fashion Week, the sun was shining, the wind was still frigid, there was still plenty of snow on the ground, but the people were still bundled up and ready for Michael Costello’s A/W 2015 Collection. The Salon at Lincoln Center was set up in which fashion onlookers were able to sit right on the catwalk and have the models gracefully walk around them. Costello’s said he was inspired by “the idea of a woman attending events in Japan, Paris and London,” and his collection proved just that. Models daintily walked the catwalk in long sleek hair paired with Japanese-like updo’s. Black gowns of ornamented laces and open slits were seen in almost of the gowns. The form fitting gowns also varied between provocative cuts in between the top area, or just enough mesh to get the party started. Models were styled in thigh high laced boots to accentuate high cuts in the dresses. Costello also featured menswear pieces continuing the flow of the black. Sequins, furs and flirty skirts were also part of the show, accessorizing high heels and two piece midi-skirts and crop tops. Paneled dresses alternating between black sequins and dress fabric also made their way to show. Costello used a compelling green and black print which worked well on a men’s jacket suit, a strapless gown and a woman’s blazer. Towards the end of the show, Costello opted for a switch from black to silver where models once again graced the catwalk wearing radiant silver sequined dresses and alluring satin gowns very reminiscent of the fashion of the 70s. Costello has dressed various celebrities for red carpet events and even their own performances including the Queen herself, Beyonce. Singer Chris Brown was at the show alongside his girlfriend Karrueche and R&B singer Christina Milian. Also spotted was The Real talk show hosts, Adrienne Bailon and Jeannie Mai sat next to celebrity stylist Emily B. Costello’s A/W 2015 collection is sure to be seen again on red carpet’s to come as he continues to grow and develop his name for years to come. 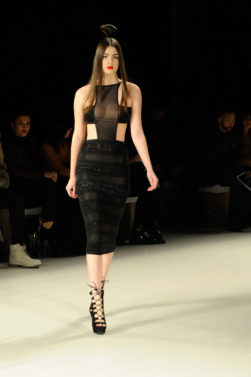 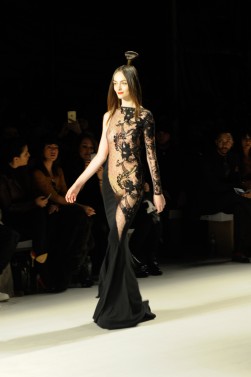 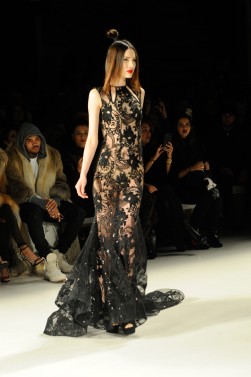 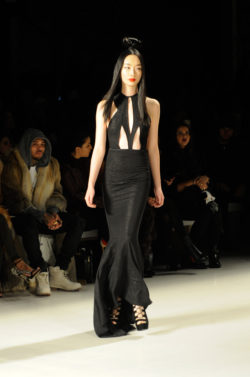 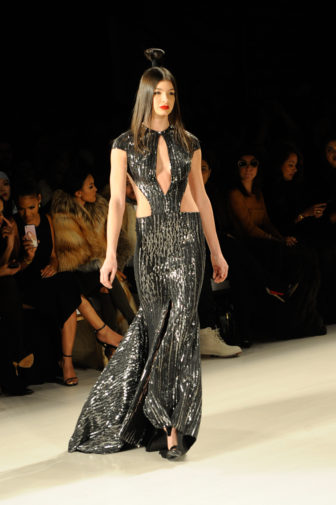 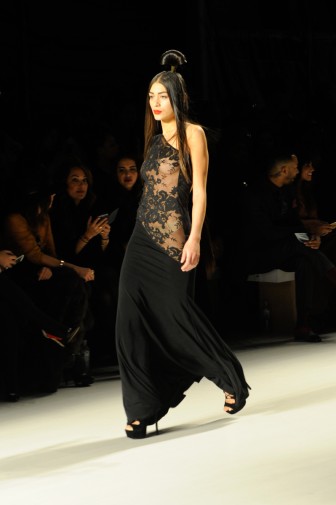 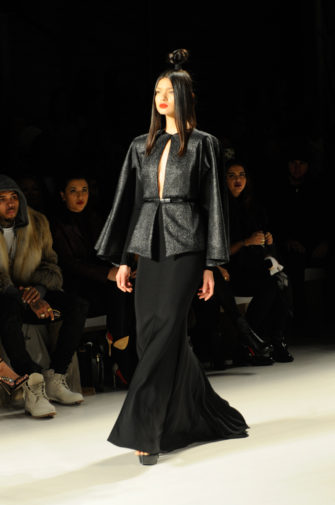 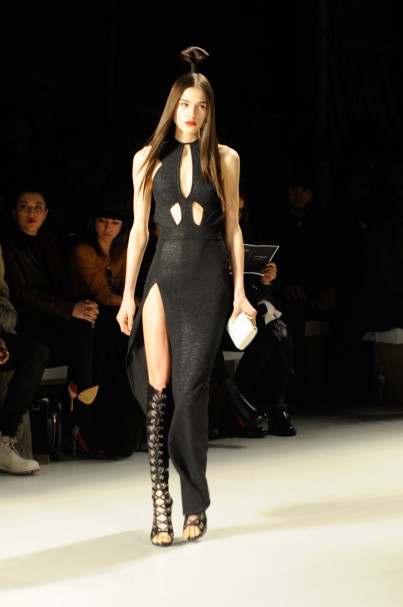 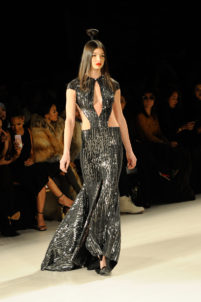 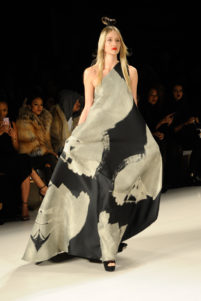 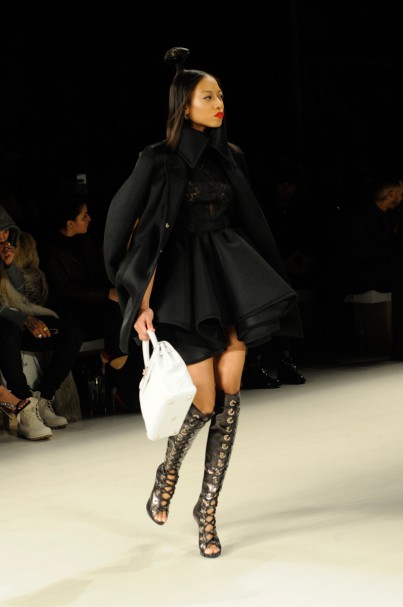 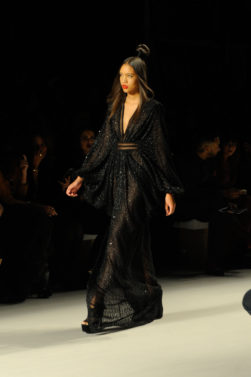 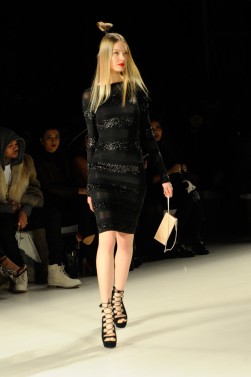 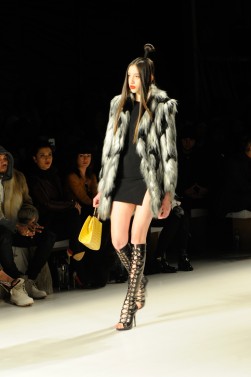 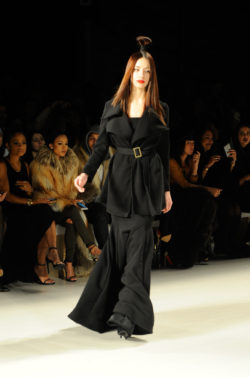 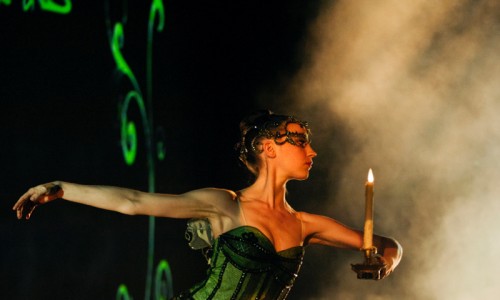 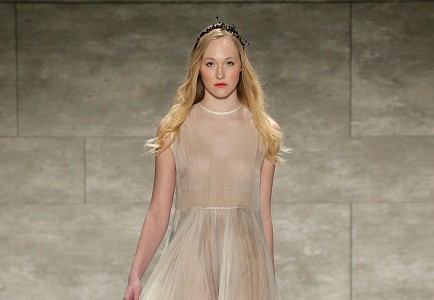 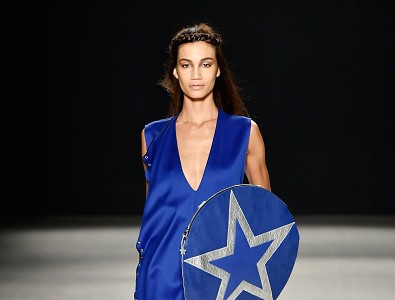 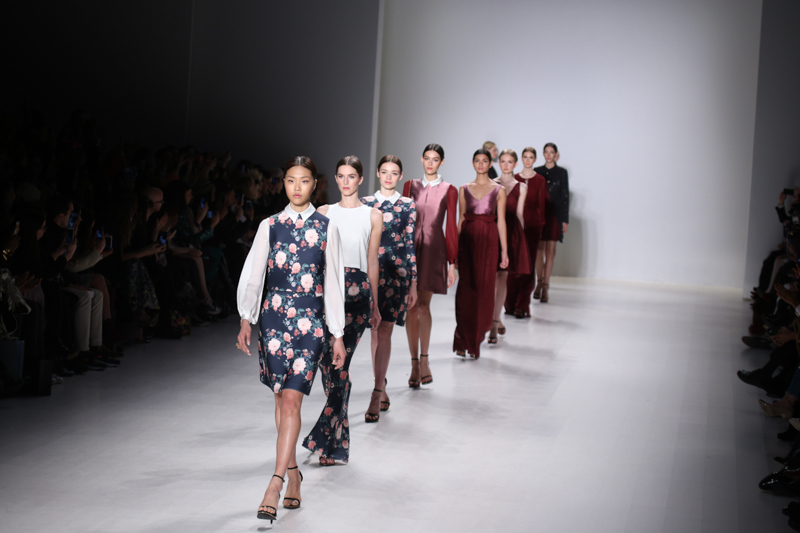 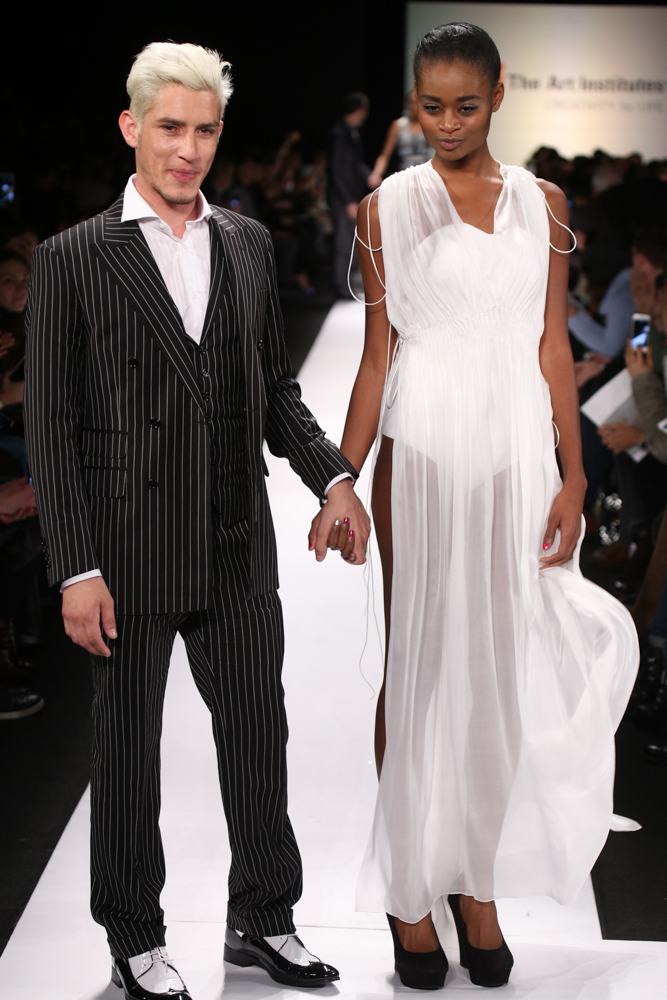 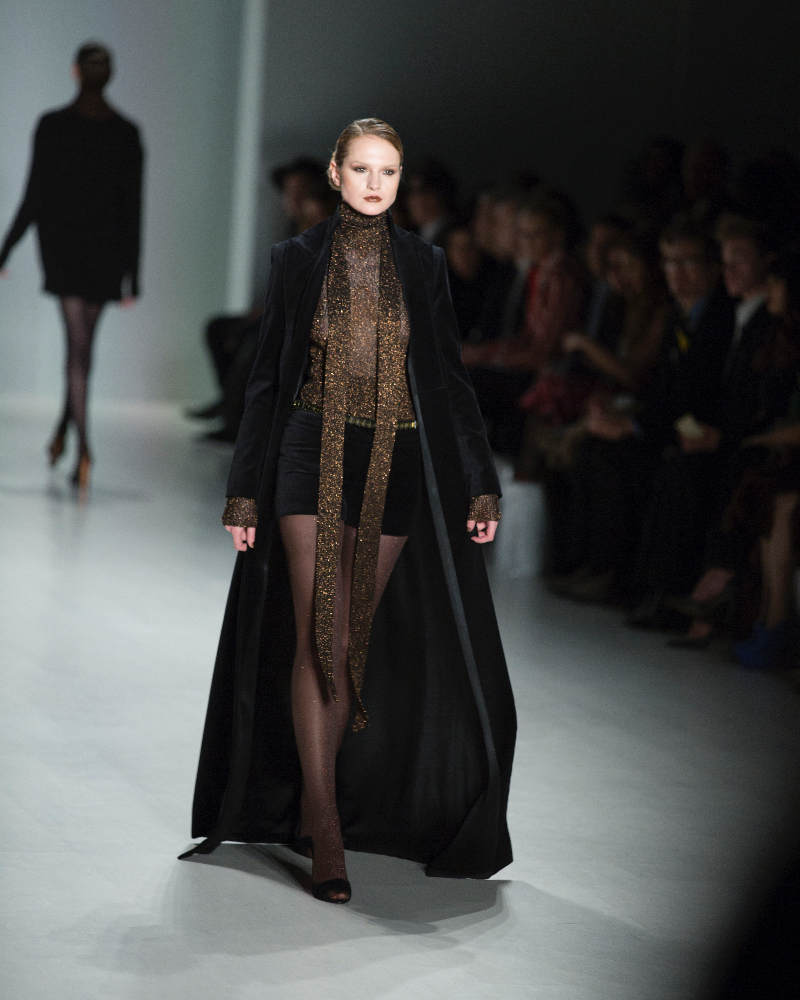 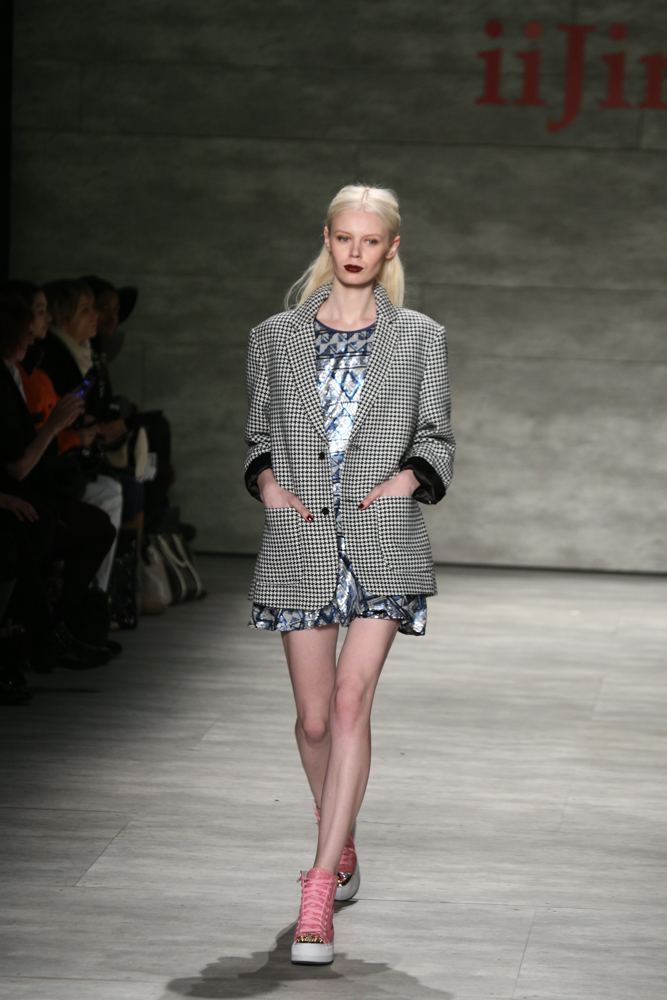 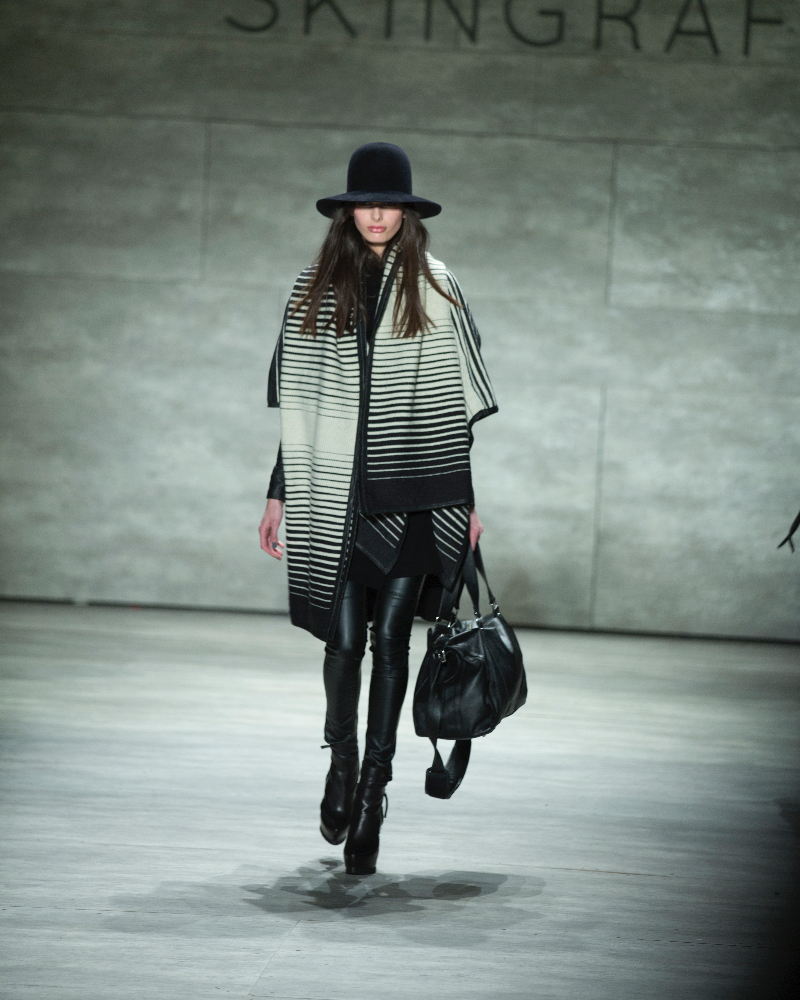 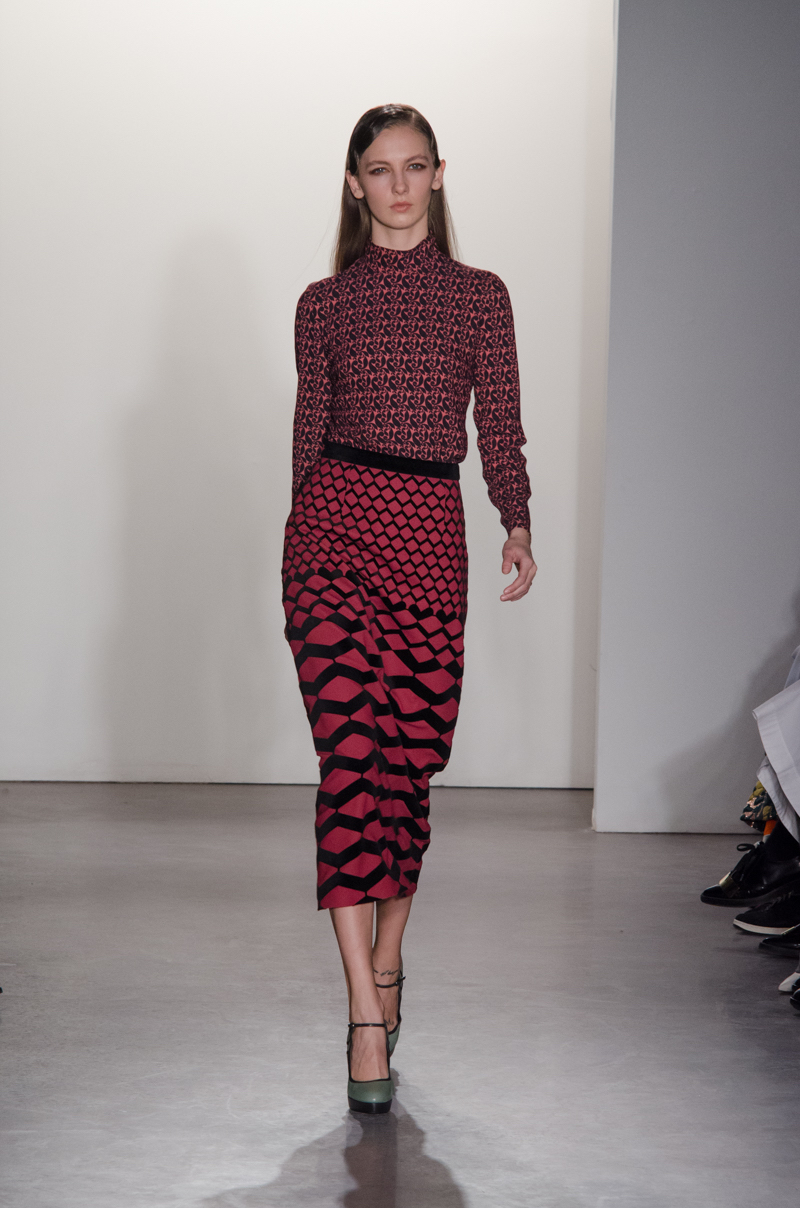