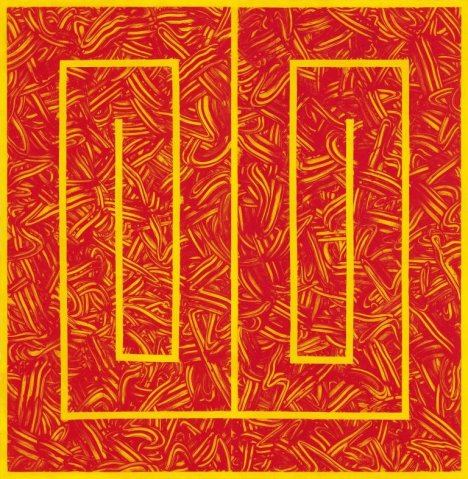 The Spike Island Tapes at the Alan Cristea Gallery

In his first solo exhibition at the Alan Cristea Gallery, Richard Long presents a series of new monumental carborundum relief prints: his largest and most colourful work to date.

Born in Bristol in 1945, Turner Prize-winner Richard Long has had numerous exhibitions around the world, including the Guggenheim Museums in Bilbao and New York, and the National Gallery of Scotland. His work can also be seen on a permanent display at the Australian and Canadian National Galleries, Centre Pompidou in Paris, Tate and MOMA in New York, to name but a few.

Famous for his printmaking and sculptures, Long has mostly worked with silkscreen, offset printing, etching and lithography. This spring, he presents to the public something entirely different, following an idea suggested by the Alan Cristea Gallery. Carborundum relief prints are an exciting choice for an artist, as they give him the opportunity to work directly with his hands on the plate. For Long, this presented a chance to use the same techniques he used for his mud works, but in a new medium.

The Spike Island Tapes consists of 17 pieces, some of them hung together, creating a wide-print symbiosis between them. Starting from single panel Sweet Old World to the massive four panel Mississippi River Blues, these are all works that are spread on the walls and take up all the available space. The vibrant colours attract the viewer’s attention most prominently. Using bright reds, greens, blues and yellows, Long has created gorgeous and fascinating pieces that can be stared at for ages, getting lost in the masked out shapes, and blinded by their colours. Like forces of nature, you can easily find in his prints fire or water captured in a constant movement, while his more earthly pieces, boasting mauve tones of brown, are in a far more peaceful state.

The series has been divided between the two exhibition spaces of the gallery, on 31 and 34 Cork Street, so do make sure to visit both before leaving. Long has done a splendid job replicating his well-known technique when making mud works on a completely new medium, resulting in utterly beautiful, colourful prints.

The Spike Island Tapes at the Alan Cristea Gallery