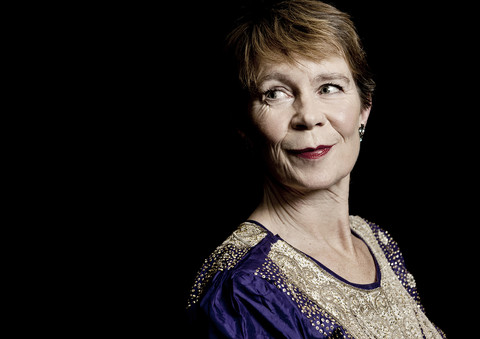 An exhibition full of photographs of familiar and beloved faces, the Southwark Embassy Tea Gallery has Idil Sukan’s work on show until 7th March. Photographer Sukan has worked in the comedy industry for a decade. She is now celebrating her fifth year working as a photographer and since her company Draw HQ’s inception, and her tenth year of working in design and production at the Edinburgh Festival. Although she has been in the creative business for so long, This Comedian is Sukan’s debut exhibition. Featuring over 300 pieces, the display is retrospective of her work; she has produced not only portrait photography, but also some of the comedy shows’ poster designs.

Among the comedians whose photographs can be found here are well-known favourites such as Michael Gambon, Patrick Stewart, Steve Coogan, Brent Spiner, Stewart Lee, Celia Imrie and Olivia Colman, as well as up-and-coming faces like Josie Long, Katherine Ryan and Nick Helm. The exhibition is captivating, not only because it showcases portrait photography at its very best, but also because of its versatility. Its subjects include heartthrobs Jude Law, Michael Fassbender and Tom Hiddleston, but also Kermit, Miss Piggy and Fozzie Bear, casually posing for a behind-the-scenes photo. Large-scale portraits take over the space in one room, while hundreds of small ones cover the walls in another. Coloured pictures are scattered among the black-and-white photographs.

The high quality of the images jumps out at the viewer immediately. The perfect lighting, depth, and an intimate sense of the photographs’ subjects make Sukan one of the very best. The pictures are unique, not at all clichéd. There are no dressed-up stand-up comedians, laughing at their own jokes into a microphone, as one might expect. Each photograph is as individual as the person it portrays; some of them smiling, most of them not, all dressed differently and surrounded by different props, or no props at all.

This Comedian is the type of exhibition that can lure a spectator to wander the gallery for hours, staring at faces that they have grown to love, but that they have never actually got to know. The display is definitely worth a visit, even if only to see a photo of Phil Nichol kissing a lion. 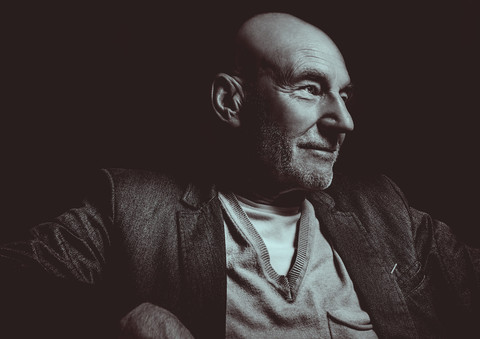