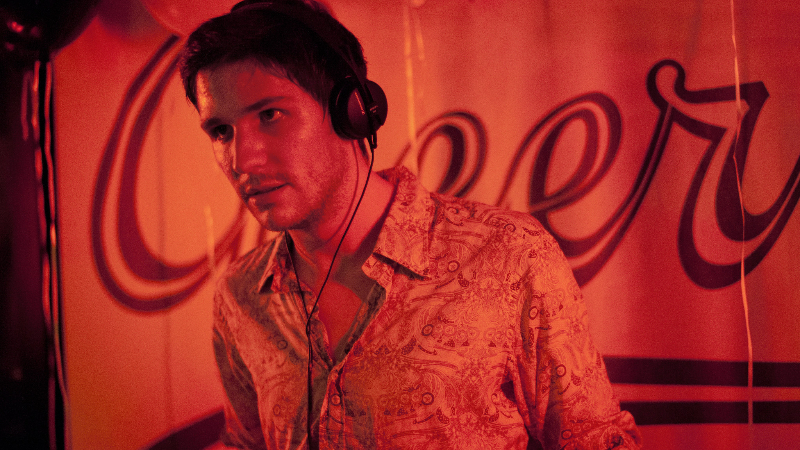 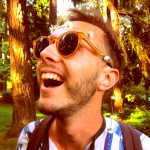 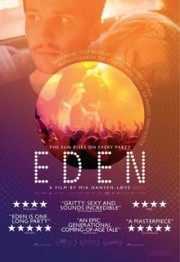 Eden is the story of two aspiring French DJs (Paul and Stan) in the heart of the burgeoning underground electronic music scene that thrived in Paris throughout the 1990s. The film was directed by Mia Hansen-Løve and was co-written with her brother Sven Hansen-Løve, whose life is the primary inspiration for the story.

When it was first announced that a feature would be released about the electronic music scene in France, featuring a couple Daft Punk lookalikes, there was considerable hype in the worlds of both film and music – and rightly so. There was real potential for a genuine narrative, a chance to tell of the story of the origins of alectronic music and its evolution onto the global stage, whilst intruding on the more intimate side of the life of a DJ. Unfortunately, Eden‘s potential has remained untapped and the opportunity to tell a great story was not capitalised upon. Focus was placed too heavily on the individuals of the story: a tale of volatile relationships, partying, sex, drugs, ups and downs. Although at times this can be entertaining, it’s a scenario that’s been done before, and done better. Overall, the film is superficial and shallow, giving the audience little in the way of a rewarding viewing experience.

Paul’s group of friends, who constitute most of the cast, are archetypal and one-dimensional (the funny one, the sensible one, the depressed one). This is not helped by some of the performances, in particular Paul’s American girlfriend Julia (played by Greta Gerwig), who delivers a sometimes unbearable performance.

Certain techniques, like the heavy use of natural light, do help to bring a sense of reality and draw the audience closer to events. The party scenes are effective and do exude a certain amount of authenticity that will appeal to fans of the music. Likewise, fans will be able to appreciate the soundtrack (the film was in production for three years as they attempted to obtain rights for all of the music, which includes Daft Punk, Joe Smooth and Frankie Knuckles).

Overall, Eden is slow-paced and drawn-out, clocking in at 131 minutes when it could have been 90. It offers little in the way of real plot and, although some may enjoy its authenticity in portraying 90s Paris nightlife, most will be disappointed.

Eden is released in selected cinemas on 24th July 2015.

Watch the trailer for Eden here: