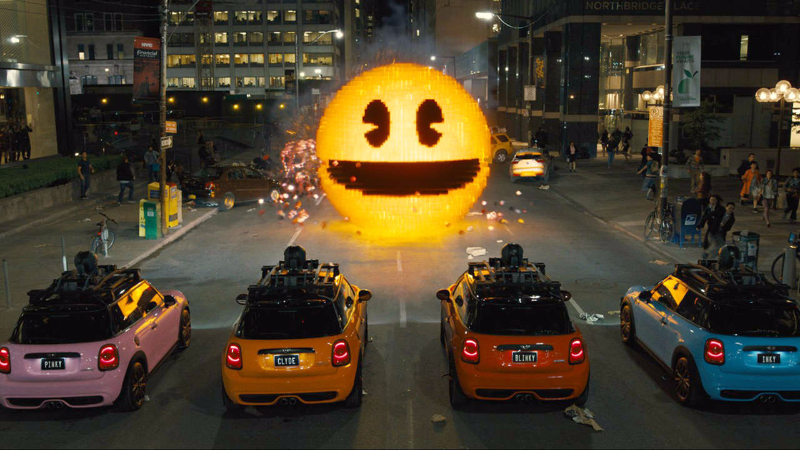 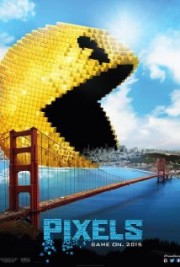 The links between technology and the military range from theories of ongoing civilian training in the use of mobile devices, to practices of soldier training that include playing Call of Duty. Adam Sandler’s latest film, Pixels, presents a world where the classic villain role of “aliens attacking the world” is played by 1980s video game characters, and the hero title is given to the nerds, led by Sam Brenner (Adam Sandler), who have been unknowingly preparing their whole lives for this moment.

“Let the nerds take over!” declares the US president (Kevin James) in a phrase that captures the spirit of the film as some weird attempt at empowering gamers. However, Pixels is very far from being an insightful story of the usually unrepresented, such as the likes of The Big Bang Theory. With flat characters and a forced, predictable romance, the moments that appeal to a nostalgic encounter with gaming classics are overshadowed by the impossibility of establishing an emotional connection with the hero.

And then there’s the oblivious sexism: female characters who hardly speak or do anything besides being a pretty companion or a fantasy object to a male hero. Even Lieutenant Colonel (Michelle Monaghan), as the character with whom Brenner falls in love, is presented as an attractive working mother who drinks wine in her closet, crying over her recent marital split. Furthermore, the story expects audience members to root for the creepy stranger technician who goes in her closet to soothe her – an action to which she responds flirtatiously.

Admittedly, it is as mildly entertaining as films of the same subgenre can be. Chris Columbus’s classic crane shots and the performances by Sean Beam and Peter Dinklage are quite amusing. But it all becomes hard to appreciate between the visual attack of the 3D and the narrative irreverence. Add conspiracy theories to the mixture, and the film becomes almost ironic. Not because it mocks the culture from which it emerges, but because it is, after all, a bad version of the same formula.

Still, there is something vaguely poetic, if not highly unoriginal, about human-made technology attacking its creators. Is this a comment on the connection between video games and war? In conspiracy theory fashion, this is about as likely as speculating about the connections between this film and some alien group trying to force viewers to suffer through it.

Watch the trailer for Pixels here: