Kinky Boots at the Adelphi 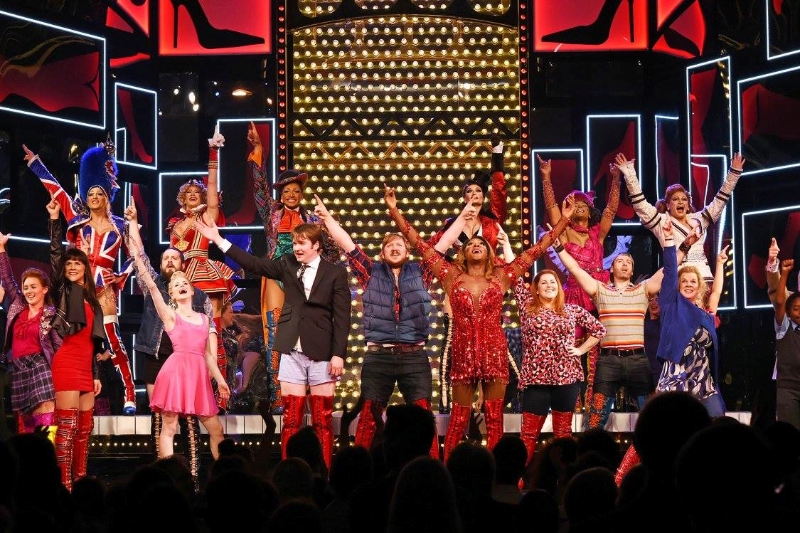 A strutting of high-heeled fun on the Strand, Kinky Boots initially invites audiences to witness a story about shoes, and how they are “the most beautiful thing in the world”. But such a seemingly shallow statement quickly reveals many more layers of depth. At times formulaic, at others witty, this Cyndi Lauper scored musical eagerly proves itself worthy of the many standing ovations it has received from London audiences.

Charlie, the son of a late shoe factory owner in Northampton, is left with a business that does not inspire in him the least amount of passion. But on a visit to London, he meets a fabulous drag queen whose need of sturdier stilettos motivates him to attempt saving his family’s enterprise. Inspired by a true story, this version differs from the 2005 film, as the characters of Lola and Charlie, respectively (and impeccably) performed by Matt Henry and Killian Donnelly, are given a fleshier backstory.

Director Jerry Mitchell is most eloquent through the highly emotional duet, Not My Father’s Son, which turns the story into more than one about a decadent shoe factory, a drag queen that saves the day, or a failure to meet paternal expectations. It successfully speaks about the commonality of problems that lead all kinds of people to becoming who they are – it is, thus, a call for empathy and understanding.

The whole ensemble is magnificent, but it is fair to say that the show’s infectious energy is mostly the work of The Voice’s finalist, Matt Henry, and the highly charismatic Amy Lenox as Lauren. Delivered through one peal of laughter after another, Kinky Boots is a hilarious celebration of gender and racial diversity that challenges hetero-normative notions: its climax shows the most traditionalist and misogynist men of the story wearing thigh-high boots and dancing with a handful of drag queens wearing glittery Union Jack outfits.

An unfortunate Oscar Wilde quoting and a couple of forced storyline twists do not make Kinky Boots clichéd; a great score and compelling performances make it a hugely entertaining experience. A tale of tolerance and self-acceptance, this dearly-welcomed addition to the West End makes some oddly solid points as to why shoes can be, in fact, the most beautiful thing in the world.

Kinky Boots is on at Adelphi Theatre from 15th September until 6th February 2016, for further information or to book visit here. 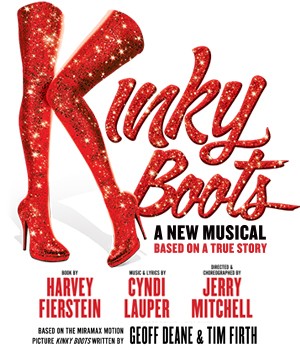