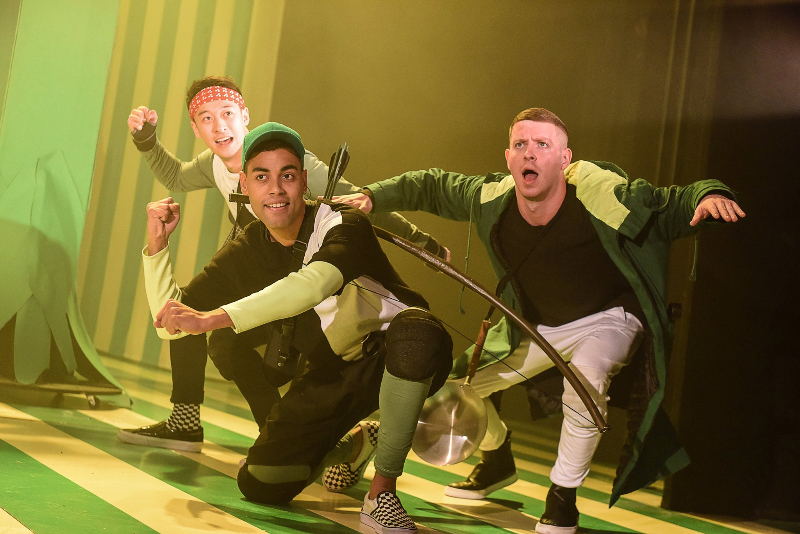 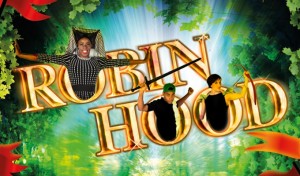 From the Olivier-nominated panto team at Theatre Royal Stratford East comes another stellar pantomime, traditional but with a modern kick. It’s hugely fun for children though sober adults may find it difficult to love.

It’s the story of Robin Hood that everyone knows and loves. The sheriff holds an archery tournament to try to goad and capture the famed outlaw. Despite the simplicity of the panto, Robin himself remains a rich character, realistically flawed and reckless. And in the end, the title character is far from the hero of the story. In fact, Robin doesn’t once do anything heroic and is one of the few characters not to.

Instead, it is Maid Marian who is presented as more of a saviour. There’s a lot of “girls can be just as good as boys”. It might be leaned on a little too much, but it’s a great message nonetheless. However, for a show that is so preachy about gender roles and equality, it feels odd that the biggest joke of the panto is a man dressed as a woman who flirts with other men.

Besides the dame, the show is mostly modernised. This comes across in the Merry Men’s costumes more than anywhere else, with Robin’s old feathered hat being substituted for a cap and most of his green items of clothing being discarded altogether. It’s a brilliant mash-up of East End culture and the typical Sherwood Forest style that comes to mind.

The set is also wonderfully designed, and large changes are seamless throughout; it is clear that a lot of care has gone into creating what at least appears to be a big-budget production.

As with many pantomimes, the show primarily works to provide a fun night for children, which Robin Hood certainly achieves. But, unlike others, this pantomime has very little for adults, despite a liberal sprinkling of innuendo. It’s all incredibly simple, child-like humour and story, and much of it, particularly the opening, feels like watching a CBeebies show. Kids will go nuts for it, but parents might find themselves rolling their eyes a little.

Strong performances from every single cast member, great music, catchy songs and epic set design certainly make Robin Hood one of the better choices of panto this season. But don’t bother without the kids.

Robin Hood is on at Theatre Royal Stratford East from 5th December 2015 until 23rd January 2016, for further information or to book, visit here.