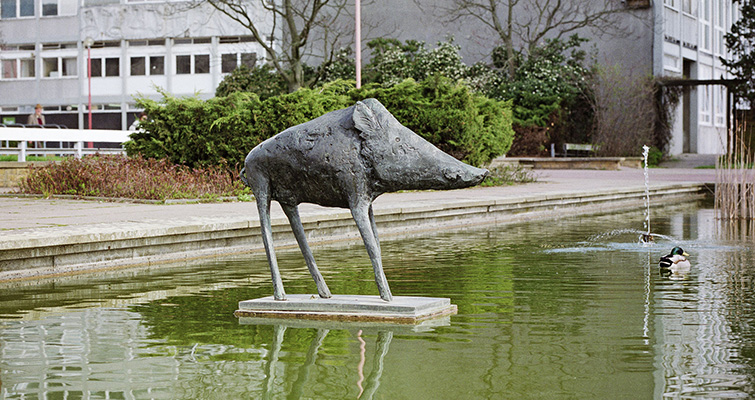 Out There: Our Post-War Public Art at Somerset House | Exhibition review 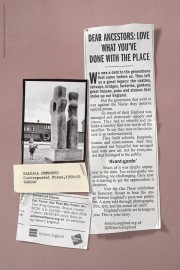 Historic England, the recently renamed body that used to be English Heritage, isn’t really known for its art. In fact, Out There: Our Post-War Public Art is its first ever exhibition. Displayed in the sublime surroundings of Somerset house, Out There tells the intriguing story of British post-war art and sculpture, and more importantly why this often overlooked period in our history is more relevant now than ever.

In the aftermath of the Second World War public art was the symbol of reconstruction. It was a reflection of a society determined to enter “the brave new world”: one that started with the creation of the NHS, and supposedly continues to this day. Artists like Henry Moore, Barbara Hepworth and Geoffrey Clarke were at the forefront of this new movement, and some of the pieces created define a generation that was constantly in a state of transition. However this is only half the purpose of Out There and what is perhaps more relevant is the treatment of the art itself. As the curators clearly point out, this is part exhibition, part cry for help. A significant number of the pieces described are missing or stolen, and what was originally a gift for us, the public, has been abused by the very people it was given to.

Like so many things in the modern press, the plight of post-war British art has been simply forgotten and, sadly, that is where this exhibition stumbles. The presentation is clumsy, cluttered and often confusing, with no real obvious progression through the gallery. Rooms are filled to bursting with quotes, sketches, and maquettes but none of them make up for the glaring absence of the art itself. It’s a shame, because this is a story that needs to be told, but Historic England do not tell it well.

One can hope that Out There will fulfil its primary purpose: to raise awareness of fantastic British art that has all too often been the victim of vandalism and modern expansion. Whilst the public is often reminded that this is Historic England’s first ever exhibition, unfortunately, it shows.

Out There: Our Post-War Public Art is at Somerset House from 3rd February until 10th April 2016, for further information visit here.