An Inspector Calls at Richmond Theatre 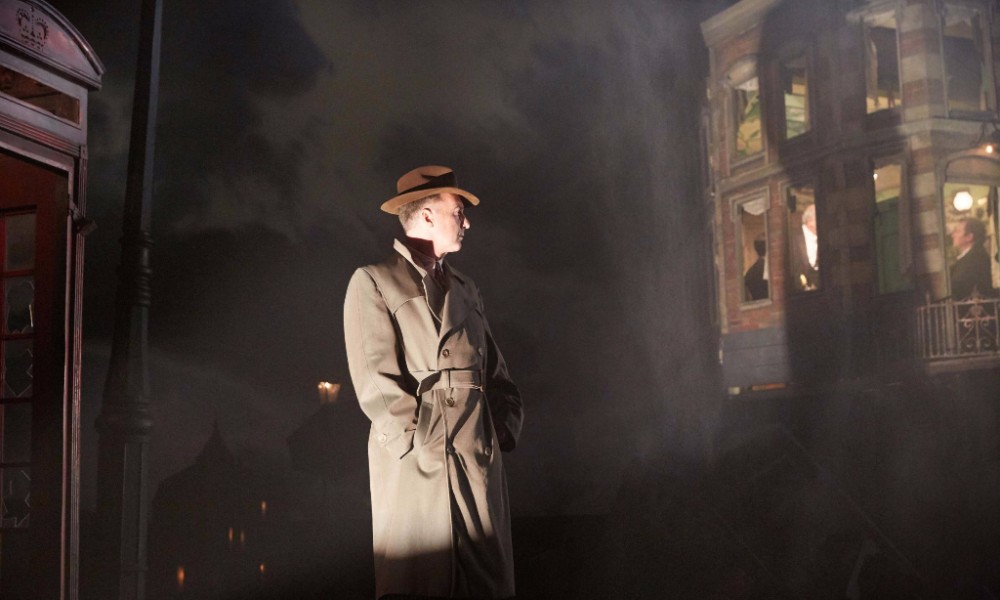 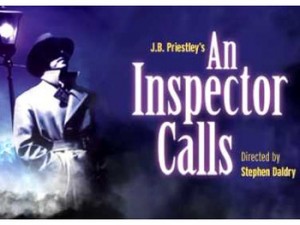 Winning more awards than any other theatrical production in history, JB Priestly’s An Inspector Calls, directed by Stephen Daldry, is the twentieth stage incarnation of this classic. With an ingenious expressionist set and powerful visual and sound effects, the play is set in two time zones simultaneously: outside it is 1942, and inside the house of the bourgeois inhabitants it is 1912. Unusual visuals create an unsettling atmosphere, a Twilight Zone-style dream world in which war, peace, wealth, poverty, time and class collide; effects shake with structural explosions.

With children scampering, the curtain is raised to dramatic blasts, revealing a scene of post-war devastation, smoke and ruins, an odd-looking burned-out house perched on stilts, and from inside the laughter and chatter of an apparently oblivious bourgeois gathering. Arthur Birling is a wealthy businessman celebrating en famille his daughter Sheila’s engagement to aristocratic Gerald Croft. Speaking about world affairs, Birling states “The way some of these cranks talk now, you’d think everybody has to look after everybody else, as if we were all mixed up like bees in a hive. Community and all that nonsense.” At that moment appears a film noirish character in a trench coat and fedora, Inspector Goole, inquiring about the recent gruesome suicide of a young woman, Eva Smith.

Relentlessly, Goole breaks down the group’s haughty denial of their culpability in the girl’s death. The two younger ones are obviously convinced: “We’ve no excuse now for putting on airs”, but not the elders, who declare the victim’s behavior and feelings “absurd for a girl in her position”, accept “no blame at all”. Inspector Goole concludes: “Each of you has helped to kill her so remember that and don’t forget it… there are millions of Eva Smiths and John Smiths. We are responsible for each other…The time will come… we will be taught it in fire and blood and anguish.”

An Inspector Calls incurs analysis from some, but for many viewers, especially the very young, it is entertaining suspense, even inspiring laughter. This reformatted time-honoured morality play, a thought-provoking expressionist performance, is also a cloak and dagger whodunit – an exceptional twist on a classic work.

An Inspector Calls is on at Richmond Theatre from 19th until 23rd April 2016, for further information or to book visit here.