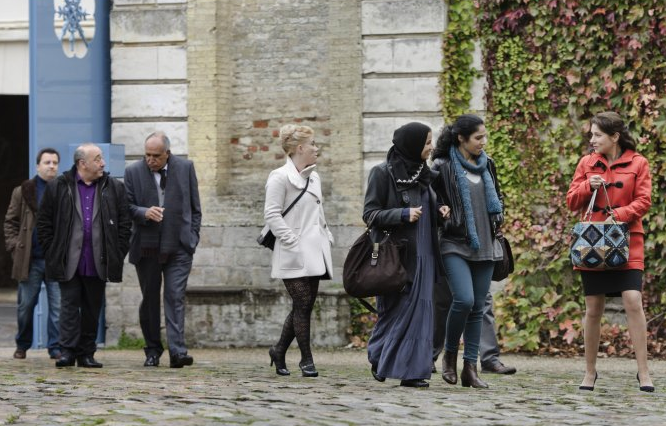 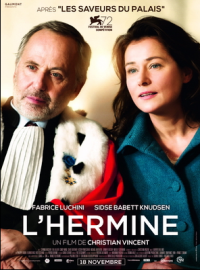 While he has never achieved international recognition at the same level as Deneuve or Depardieu, Fabrice Luchini has been a stalwart of French cinema since the 1970s. In L’Hermine (Courted) he plays Michel, a criminal judge undertaking yet another vile trial, giving the clear impression that he has done all of this before. The only thing different about this particular case is that one of the jurors (Ditte, played by Sidse Babett Knudsen) happens to be a doctor who showed him kindness when he was ill a number of years earlier – kindness that has left its mark.

The whole affair is rather dispassionate, both with the noticeably subdued colours of the film and the matter-of-fact way in which the horrors of the criminal case are discussed. This is fairly logical though, and such a coping mechanism would be needed for those hearing such details on a regular basis. While fairly straightforward, the courtroom scenes play out like an involving procedural drama. It’s when the film begins to examine the relationship between Michel and Ditte that events become infinitely less interesting. The English-language title of Courted makes the film sound vaguely like a romantic comedy, although there is little more than a mere acknowledgement of the possibility of romance… and certainly no comedy.

Moments of brevity and even of warmth could easily upset the atmosphere of the whole, so notions of hope and potential happiness in Michel’s life are only ever alluded to. His character is described as being icy, and of being a “ten-up” judge (meaning guilty defendants will get at least ten years). Lucini offsets this characterisation with immense subtlety, with the help of a sparingly-used, earnest, almost goofy smile. The outcome of the case is almost arbitrary, and Courted is more concerned with Michel’s journey, however understated and unobvious it might be. Lucini and Knudsen are compelling performers, even when the material is involving, rather than riveting.

L’Hermine (Courted) does not have a UK release date yet.