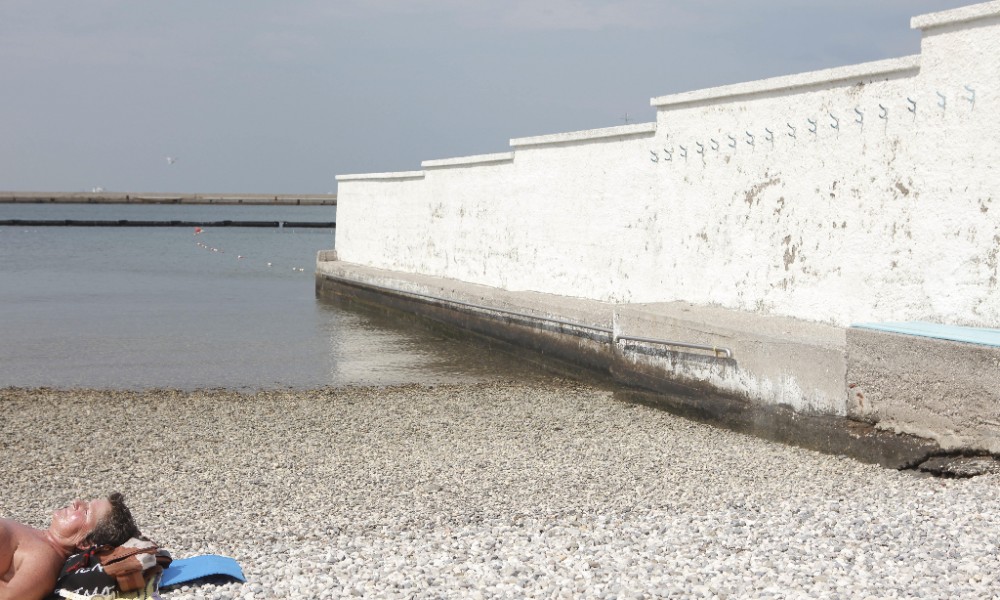 In the Special Screenings section of the Cannes 2016 selection, co-directors Thanos Anastopoulos  (Greece) and Davide Del Degan (Italy) deliver a tranquil documentary straight from the beaches of north-east Italy. Exploring the everyday summer life on one of Trieste’s most popular beach resorts, Il Pedocino, L’ultima spiaggia (The Last Resort) welcomes us to a one-of-a-kind place where men and women enjoy separate beaches, divided by a white-washed wall. This French-Italian co-produced documentary is a calm and not-too-harsh exploration of the meaning of frontiers, divisions, boundaries, from the very concrete wall of the beach to the big divisions that have wounded the people of the region.

Between the lines of everyday hustle, Trieste’s difficult past emerges in the reflections, memories and expressions of the older generation. Bitter souvenirs of difficult times during the Tito regime linger throughout, as well as the issue of a troubled identity, too tied yet too close to their Slavic neighbours. Like the resort’s population, old and young generations cross paths; at close terms with the constant arrival of immigrants from the other side of the Mediterranean, new questions regarding the borders and identity of Italy arise.

Drawing visual lines between the two gendered sides of the beach, the filmmakers sneak a peak into both worlds. The characters themselves sing their own soundtrack, playing traditional local songs while light-heartedly swearing in dialect. Despite sometimes lengthening things a bit, digressing into humdrum episodes for the pure pleasure of the documentarist’s eye, the film does leave us the time to grow close to these people, creating a kind of distant affection for them.

The camera never leaving Il Pedocino beach, extreme care is given to composition, while swirling underwater sequences add a much-appreciated arty touch. For the duration of four summers, Anastopoulos and Del Degan look for traces of the multi-faceted historical, geographical, and political identity of a city. At a crossroads between cultures, the people of Trieste define themselves as “international, universal” – but they are also the simple, happy beach-goers we see them as.

L’Ultima Spiaggia does not have a UK release date yet.