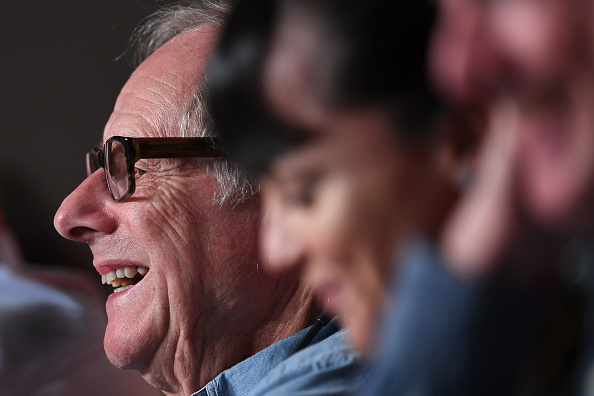 Two years after Jimmy’s Hall, Ken Loach returns to Cannes with I, Daniel Blake, a harsh, topical rebuttal of austerity policies in Britain. Loach, along with several premium members of cast and crew, discussed the film with regard to contemporary politics, where Loach and screenwriter Paul Laverty were particularly disdainful of the European governments’ treatment of the poor. Loach described the British government’s actions as “a conscious cruelty [which makes] it your fault that you don’t have a job.” Loach continued, stating: “The most vulnerable people are caught. Disabled people are caught. People are committing suicide.”

The film focuses on Dan, played by Newcastle comedian Dave Johns, a former welder unable to work due to a recent heart attack. He attempts to maintain his dignity and self-respect throughout the various administrative dead ends and circular routes of the complicated bureaucracy established by the Department of Work and Pensions. Dan is caught in a Catch-22: unfit for work but not disabled enough according to the requirements of the outsourced benefit assessors. The panel claimed that the film could have focused on someone with even less capabilities than Dan. Laverty argued that the government deems the poor to be “low-lying fruit”, stating: “They are the easy targets. We could have told this story from the point of view of someone far more vulnerable.” As the film depicts, job centre employers, despite their better judgement, are forced to comply with the demands of the system. Laverty added: “People who worked in the DWP were humiliated to treat the public in the way they were asked.”

Loach further outlined the research that was involved in making the film: “We did it in the old Italian neo-realist tradition. [The actors in the film] were people who worked in food banks and in the offices. We tried to create this sense of reality.” These natural elements were even extended to the main actors. Johns, referring to the drip-feed approach employed by Loach, explained that “when you get the script bit by bit, you live the life of the person”. Johns’s co-star Hayley Squires, another relative newcomer, also had positive words about Loach and his team: “There’s a calmness. You spent time together. It’s like stepping onto a platform that you know is completely safe and it will never collapse.”

When the topic turned to British party politics, Loach became animated: “I think [Jeremy] Corbyn is the best thing to happen to the Labour Party since Clement Attlee. Corbyn understands working people. Brown and Blair only understood business. The problem is that most of the Labour Party wants Corbyn out.” On the subject of the EU referendum as well, Loach did not hold back: “The EU is neo-liberal project… the drive for deregulation and privatisation. But if we leave, governments will move to the right. We’re faced with a far-right government if we leave. I think, on balance, we are better off in but we need to make alliances.” Laverty linked misinformation regarding the EU referendum with the “propaganda” surrounding benefits, with prevalent “insults like scroungers” and citing the negative “public perception of welfare.” In the film, Dan’s predicament is often clouded in a discourse of the deserving and undeserving poor.

Squires, who plays a single mother-of-two who Dan befriends, concluded with her view of Britain’s treatment of the poor: “The government and the media have got into the working class and segregated people.” At this point, a journalist from the Daily Mail asked a question, causing much mirth in the room. Unfortunate timing.

Read our review of I, Daniel Blake here.