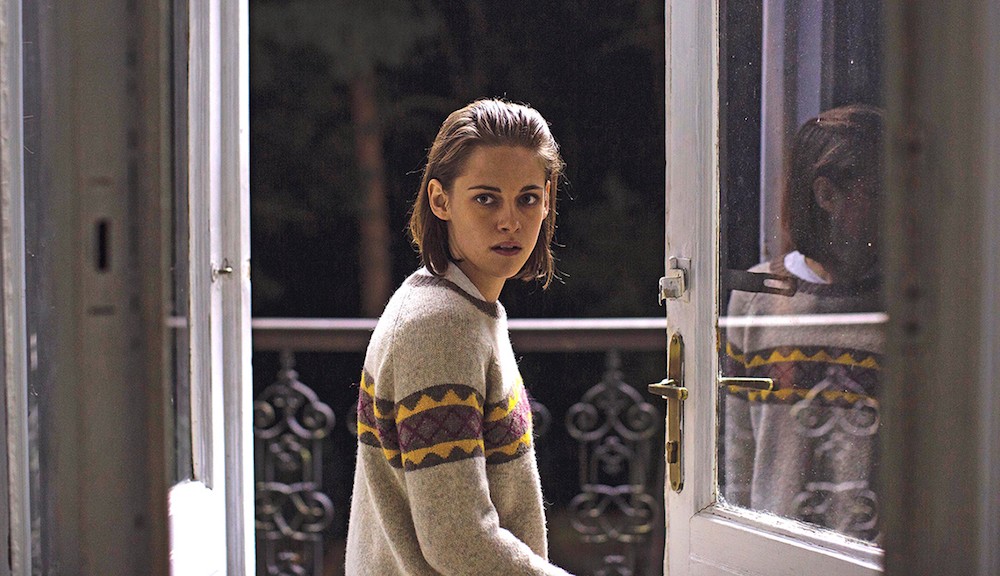 Olivier Assayas has delivered a fundamentally strange, disquieting picture. Personal Shopper is neither truly horror nor thriller but Assayas creates an unaffected and consuming sense of unease that provokes a reaction. It was booed at the Cannes opening screening. Kristen Stewart confidently dominates almost every frame as Maureen, the supermodel’s assistant torn between leaving Paris due to the job she hates and staying to exorcise – or come to peace with – the spirit of her recently deceased twin brother.

Maureen spends her time shopping for expensive clothes, jewellery and accessories for the demanding, ignorant Kyra (Nora von Waldstätten), while attempting to contact her twin brother Lewis in the dilapidated home where the pair grew up. The grand house has all the familiar features of the gothic: large palatial rooms, winding staircases and antiquated furniture. Maureen’s modest attempts at séance are not overplayed, however, and reap results that are frightening and ambiguous. In the earthly world, she meets Ingo (Lars Eidinger), Kyra’s recently spurned lover. He suggests Maureen work at Berlin Vogue. “That’s not me,” she understates. She is waiting for her brother: one thump, sometimes two, depending on the question. Meanwhile, a mystery number texts her incessantly, provoking her to respond to his cryptic statements. Maureen is half-horrified, half-fascinated, all while traversing the liminal space between the fashion centres of London and Paris.

Personal Shopper is a complete oddity, and the better for it. Maureen is constantly conflicted: no new-age spiritual medium but not a cold-eyed realist either. Assayas uses computer-generated effects sparingly, and the things that go bump are endowed with meaning rather than simple scare factor. The persistent depiction of smartphones and laptop screens becomes somewhat tiring, but French director deserves credit for embracing the widespread use of modern technology. Omitting this would have looked odd, admittedly. The plot is patently ludicrous at times – the police seem slightly lenient on a major criminal case, for example – but the film is deliberately opaque in a way that intrigues rather than infuriates.

Personal Shopper does not have a UK release date yet.