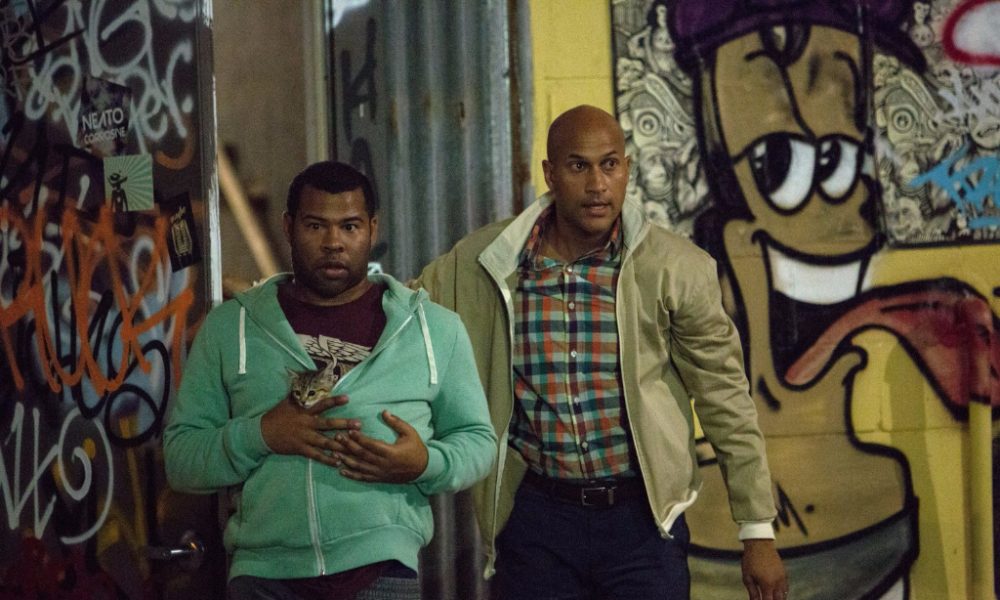 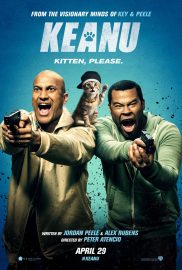 It is a notorious cliché of comedy sketches that the tough gangster type melts and softens in front of a cute, helpless, little animal. Keanu takes that hackneyed setting to the most exaggerated extreme – a choice that brings about as much rowdy humour as painfully déja vu plot results. Directed by Peter Atencio, the action-comedy film is a kitten-centric bundle of special effects and somewhat lame jokes.

After being dumped by his girlfriend, Rell (Jordan Peele) is saved from despair by the arrival of an unexpected kitten at his doorstep. Struck by the feline’s adorable looks and gentle nature, Rell keeps Keanu the cat, and it becomes the apple of his eye. While on a boys’ night out with his cousin Clarence (Keegan-Michael Key), who is coping with identity and self-confidence issues himself, Rell’s house is broken into and Keanu disappears. A cat hunt leads them into the meanders of local gang boss Cheddar’s (Method Man) circle, and the two middle-class, corporate-job, harmless, good boys are forced to play thugs themselves in order to win the villain’s respect and their cherished pet back. This rollercoaster of misunderstandings, recurring shrieking, and banal black gang stereotypes ultimately leads to a cringeworthy ending.

Rambunctious and ridiculous, Key and Peele have the chemistry of a modern slapstick couple. The Comedy Central duo, familiar for their series of 30-minute episodes of satire and mucking about, hits the big screen for the first time but without quite catching onto the tricks that raise a one-joke story to full-length feature standards. Nevertheless, their amusing performances help raise the overall level, dragged downwards by mediocre special effects and skeptical solutions to the story’s complications.

Unfortunately, Keanu is nothing more than a two-cent comedy that probably doesn’t appeal to anyone over the age of 16 with a sane level of kitten obsession or gangster idolatry – a light and humorous action movie that is as feeble as it is forgettable. Several plot twists limp under their improbable circumstances, while many stereotypical studio film elements leave it as an overstretched Key-and-Peele signature sketch.

Watch the trailer for Keanu here: