Sarah Bedi: An interview with the director of dreamplay 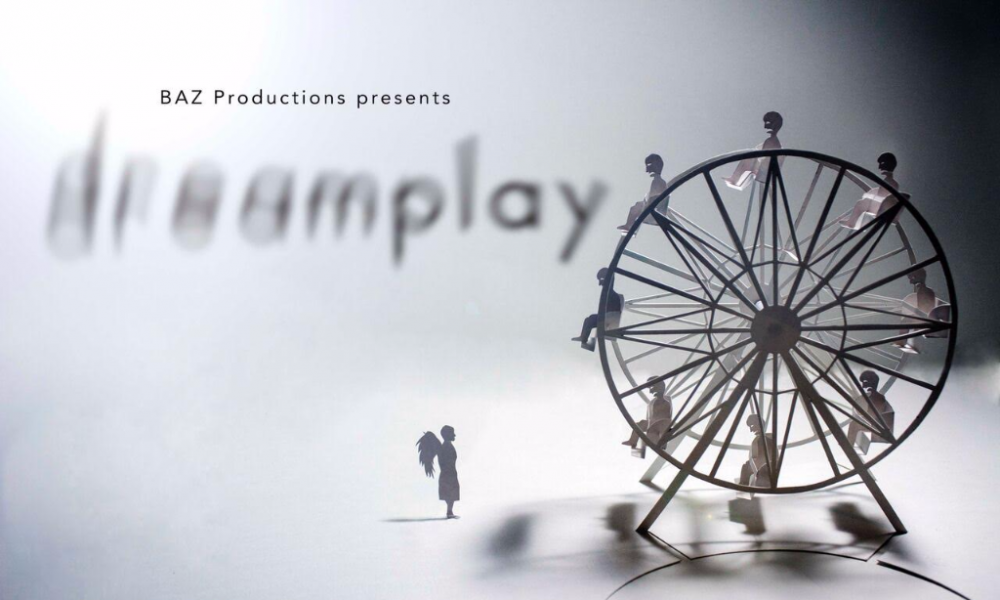 Sarah Bedi: An interview with the director of dreamplay

Sarah Bedi is a co-founder of theatre company Baz Productions and is directing their newest work, dreamplay, which is an exploration of the human psyche and a re-working of August Strindberg’s 1901 play. This walk through consciousness opens at the Vaults in Waterloo this September. Beginning her career as an actress, Sarah has developed an interest in unusual spaces and classic texts that have become a speciality of her work at Baz Productions.

We caught up with Sarah before the run of dreamplay begins to find out about the challenges of using unusual spaces and the move to becoming a director. Are you excited about the space in the vaults? Has it been a challenge at all?

I’m extremely excited about the Vaults – it’s a space that is definitely going to present the biggest challenges and the biggest opportunities we’ve encountered so far! It’s cavernous and full of character, we are still getting to know the space and how we can play with it. It’s going to be a case of acknowledging what it inherently is as a character, and learning how to run with that and celebrate it, before maybe turning it on its head and pushing in the opposite direction.

How important is it that dreamplay is underground? Do you find this has helped with the unconscious nature of the play?

Absolutely. This play is all about messing around in the subconscious and finding new and surprising stuff in there that we might not have acknowledged before. It feels completely right to play this out underneath possibly the busiest spot in London – Waterloo Station. From the Vaults you can hear trains passing overhead, so you can never quite forget that the “waking” world is up there, seconds away.

You have a clear love of working in unusual spaces, why do you think this is?

We are constantly surrounded by fascinating spaces that come with all sorts of history, energy and lives of their own. It’s nice to get to explore some of these places with an audience, to discover the randomness of life and let a space’s energy infuse a show. It’s also great to get to move away from a normal theatre experience where we all know the rules (we’ll sit in the dark and clap at the end) and build some new rules together in a new place. It feels like a really open way of connecting with an audience.

Which came about first, the location or the play? Did you seek out the Vaults specifically for this project?

We discovered Strindberg’s original A Dream Play first and it was only when we were some way into development work on making a response that we began to think about venues. We tried out lots of ideas, looking at a range of places and at one point considering more domestic locations. Then we did some R&D outdoors on a beach in Aldeburgh to see what that brought out of the text. It’s an amazing play that shape-shifted in every location, but when we stepped into the Vaults it just felt right. It was clear the venue would open up the text in a really useful way.

The combination of traditional texts and modern and unusual theatres is rare, what do you think the spaces add to these well-trodden tales?

I guess those classic texts have stayed with us because they are robust. They can be kneaded like bread and they will still rise. An unusual space is just another way of kneading the bread – it might make it rise in a different way, but it won’t break it. And the benefit of working in this way is you have the very real opportunity of exposing something new in the piece. You are offering audiences a chance of connecting with this text in a new way because you’ve changed the parameters of their interaction with it.

The play focuses on leading people through their psyche, is it very intense for the actors therefore? Do they experience an exploration of their own?

I suspect it will be a full-on rehearsal period for our cast. The play tackles some big feelings and drives, the sort of stuff we normally shove away into the subconscious and hope never to have to confront again. I suspect our actors will relish this challenge though, it’s rare to have the opportunity to explore such a range of intense feelings in a play, let alone one with so many playful, random moments as well! It’s laugh laugh laugh one minute and then intense grief hits you. Like a dream, I guess!

It must be a challenge getting the audience to experience things on an unconscious level as well as simply watching, how do you go about accessing someone on a deeper level when so many plays fail?

It’s a tough one but we’ve done a lot of work looking at Jungian psychology and trying to understand the images, symbols and story structures that we all have an inbuilt response to on a very deep level. It became clear that we would need to tap into this collective unconscious, and so we are playing with how these elements can inform the project, from dramaturgical structure to design imagery to performance.

Do you think there are many similarities in yours and the original 1901 version of August Strindberg’s play? How has the more than 100 year gap changed the appropriate dreamscape?

You will be able to see a lot of parallels between the two: the structure of both are similar, and many characters or themes rear their heads throughout. I like to think that we have taken Strindberg’s question of “why do we suffer”, which is at the heart of his script, and are asking the same question but in our own way. I guess the feelings of disappointment, shame and frustration are still the same as they ever were. However, we are definitely exploring “suffering” in a modern metropolis: the feelings of am I earning enough, am I wearing the right thing, am I important enough, am I going out in the right places. All that desperate looking sideways we do at others and the judging ourselves against them. The destructive thoughts that consume us.

The play explores the human experience, did you find yourself drawing on your own experiences much to inform this piece?

Not in a strictly autobiographical sense – nowhere near as much as I suspect Strindberg did when he wrote the original text. However, I guess to make a piece of work about all the ugly and painful feelings we have, it’s necessary to connect with your own. We all experience fear. We all experience disappointment. Sometimes we push these feelings or thoughts away because they feel ugly or unrecognisable as “me” – who wants to admit they might be jealous of a best friend or feel lonely at their own birthday party? But these moments are all part of the fabric of life. They can pass and they don’t need to define us, but it’s really exhilarating to get to acknowledge that they exist and share that with an audience.

Your first role was working with Harold Pinter, that must have been an honour. What was he like to work with?

It’s funny to think back on that job… it was 17 years ago, I was just starting my GCSEs and had never considered going into theatre and then completely randomly I was swept into this high profile show with Harold directing and I was playing a 12-year-old boy (the cast and crew knew I was a girl, but the producers passed me off as a boy, “Sam Bedi” to the press). I just rolled with it and had a great time, but as I never intended to make this my career I don’t think I paid all that much attention to things. I remember finding it funny that I was writing an essay on The Caretaker for my English coursework and I could just walk into rehearsals and ask him to explain it to me. And I remember him finding it hilarious that we managed to pass me off as a 12-year-old boy. He was very kind and patient with me as I was just a kid who knew nothing about being an actor.

Do you think you’ve taken on his style at all? As a director what did you learn from working with him?

Probably yes and no. I’m sure you take on something from everyone you work with, whether that’s consciously or not. He was much tougher than I am, that’s for sure. He was also very protective of his cast, and went to great lengths to make sure that we all felt emotionally safe. That feels like something I connect to in my work, so maybe that’s seeped in from him.

What made you make the move from actor to director? Do you ever think you’d go back?

I genuinely woke up one morning with the realisation that I was in the wrong job. Within two days I had cut all ties to acting and threw myself at directing with everything I had. I guess under the surface I must have been preparing for the switch for a while, but I didn’t ever acknowledge it to myself. I think I must have been a director all along and hadn’t ever known it. I was painfully shy all the way through my childhood, and acting gave me so much confidence and opened up a creative world that I had never experienced before. Despite that, it still wasn’t until much, much later when I was in my late 20s that I truly felt like I had the right to express myself as an artist. That I could lead a creative vision. That I could run a room of people. The moment I realised I could do all those things, it was like a light went on inside me. It was the most liberating feeling. I knew from that moment that all I wanted to do was direct. I’m glad I had that time as an actor, as my experiences have informed so much of my rehearsal process now. But I won’t ever do it again. I can look back fondly, but that chapter’s done and I couldn’t be happier doing what I’m doing now.

dreamplay is at the Vaults Theatre from 10th September until 1st October 2016, for further information or to book visit here.

Watch the trailer for dreamplay here: