From Ibiza to the Norfolk Broads: An interview with Adrian Berry 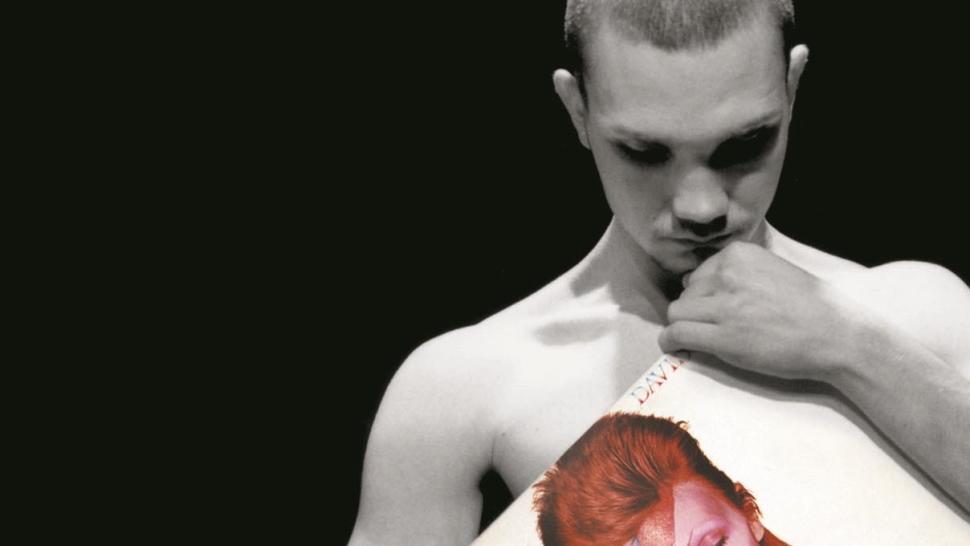 From Ibiza to the Norfolk Broads: An interview with Adrian Berry

After originally training as an actor in Liverpool, Adrian Berry developed as a writer, director and producer and has had success with his own productions as well as directing national tours of work by writers including David Mamet, Samuel Beckett and Vaclav Havel. His collaborations across circus and theatre have ranged from the National Theatre, the Roundhouse and the London International Mime Festival. He is currently Artistic Director of Jacksons Lane in London, the UK’s leading venue for circus and visual theatre. Just a few months since David Bowie’s passing, Adrian’s new production From Ibiza to the Norfolk Broads is an homage and celebration of one of the greatest musical figures of all time.

At what age did you discover David Bowie and his music?

I remember one of my brothers having Aladdin Sane but me being rather unimpressed as a seven-year-old. Years later I bought Ashes to Ashes second-hand from a market stall. I loved the mystery and androgyny of the song and video. Possibly my academic downfall. But I think it was the 12″ of Let’s Dance that got me. Then I lost interest for about eight years as he went a bit shit, until a girlfriend gave me a tape of Hunky Dory on my 21st birthday. So… somewhere between seven and 21.

How did you and your team go about creating a sense of Bowie’s London on the stage?

We made the journey by foot and tried to recreate it in our minds. We walked and walked and talked and talked. We spoke to people that knew him and fans and friends until we felt we understood how and where he started and how he transformed from Davy to David. A real moment was trudging in the rain delirious with joy through David’s Soho with Geoff Marsh from the V&A. That reaffirmed our vision.

After training as an actor, what prompted you to move into writing and directing?

I realised I didn’t much like actors and acting. I like some of the former now, but I’m unlikely to return to the latter. I also remembered how much my mum supported, cherished and encouraged my writing. That was important to me. So I kept it up. I think I’m alright.

Do you prefer creating your own productions or directing others?

I struggle with other people’s words as a director, although I love to read them.

What has it been like working as Artistic Director at Jacksons Lane?

The longest, maddest and most exhilarating ten years of my life. It has changed my view on art and artists and given me (and many others) so many opportunities beyond belief, which I value beyond words.

How do you think the play will be received by audiences? Would you recommend it to those who are less familiar with Bowie’s work?

It will transcend generations I believe. It tells three stories: of a teenage boy with a missing father; of the birth and creation of David Bowie; and of a journey through the London I love so dearly – with some truly amazing visuals and music. It’s a fan’s piece for those that want it to be, but also a work for absolute beginners.

How well do you feel From Ibiza to the Norfolk Broads works alongside Bowie’s musical Lazarus?

Hard for me to say as I am yet to see Lazarus. The one thing for which I made a conscious decision was to set our show in a time when David was very much alive – 2012, the year of his amazing surprise. It is full of hope whilst still being a lament in many ways. I believe David made Lazarus with a similar positivity, despite what he was going through. I hope our work is somehow a comment on Lazarus.

What made you choose a line from Life on Mars for the title of the production?

The devil is in the detail. You’ll need to come and see… but it’s more than an attention-grabbing title, trust me.

What different resonance has the play taken on since Bowie’s death?

I feel it is all too soon to say. To begin with I felt wracked with guilt over doing it so soon. We almost stopped. But our team love and respect the man so much that we have handled every element so carefully. I did have a little weep at one moment after rehearsals last week, as dramatic it may sound. Strange how you can feel so much for someone you never met.

Do you have any works planned after this?

I always have plans and ideas. But the next two years are all focussed on this. I have been thinking of a play I started some time ago called The Missing Boy.  It needs finishing. I’m pretty inspired right now, so this may be the time.

From Ibiza to the Norfolk Broads is at Waterloo East Theatre from 18th October until 6th November 2016, for further information or to book visit here.

For further information about the play visit here.

Watch the video for From Ibiza to the Norfolk Broads here: