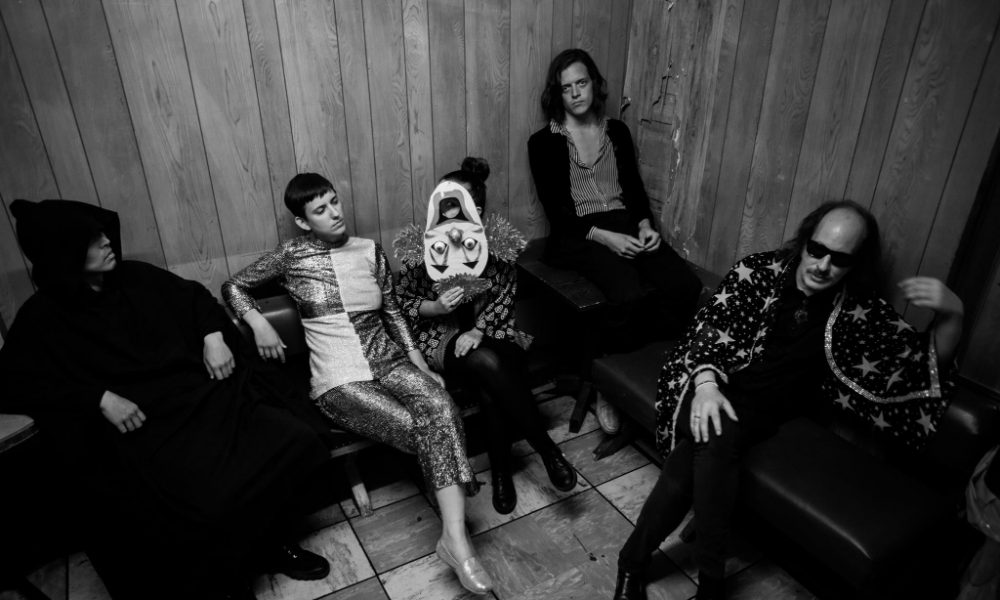 Trying their hardest not to fit in, Vanishing Twin are at risk of vanishing from the world of enjoyable music into the stratosphere of arty sound-making. Their sound and look is an interesting one: founder and lead singer Cathy Lucas wore a sequinned jumpsuit while other band members adorned themselves with all means of glittery garments. The band brands itself as experimental pop. Its ideal laboratory is the recording studio; live, the music feels underwhelming. It loses its edge, not like watching bizarre and quirky music being made live, but rather the repetition of an experiment that they have performed many times before.

Glitches with the microphone volume was a factor in how they did not live up to their recorded sound. Equally, if they had had more space on stage, they would perhaps have been able to create something more visually impressive than their basic psychedelic set-up that had all the characteristics of an art student’s party gear, complete with dated disco light. The songs blended into each-other; in a different (perhaps dingier pitch black and maybe even underground) setting, this would have surely fuelled delirious dancing – here, only head-banging from a handful was deemed a sufficient response by the crowd.

There were a few standout tracks, Telescope and Vanishing Twin. The latter was dedicated to Lucas’ sister who was absorbed in utero when they were both still a cluster of cells and inspired the band’s name. Conservation of Energy, which Lucas asserted will spiral them into stratosphere of musical stardom, was a hit with the crowd.

Overall, it was an intimate performance, yet it seemed as if the band was holding back the idiosyncrasies that colour their records. The wide range of instruments used while recording – from drum machines, vibraphones, tablas and harps – were either not produced on stage or subdued. Their performance and aesthetic was perfected and conventionalised to fit into the mould of the “arty”. Certainly an album worth listening to, but perhaps not a band to see live or, at least, not in this venue.

Listen to the single The Conservation of Energy here: