One Night in Miami… at the Donmar Warehouse 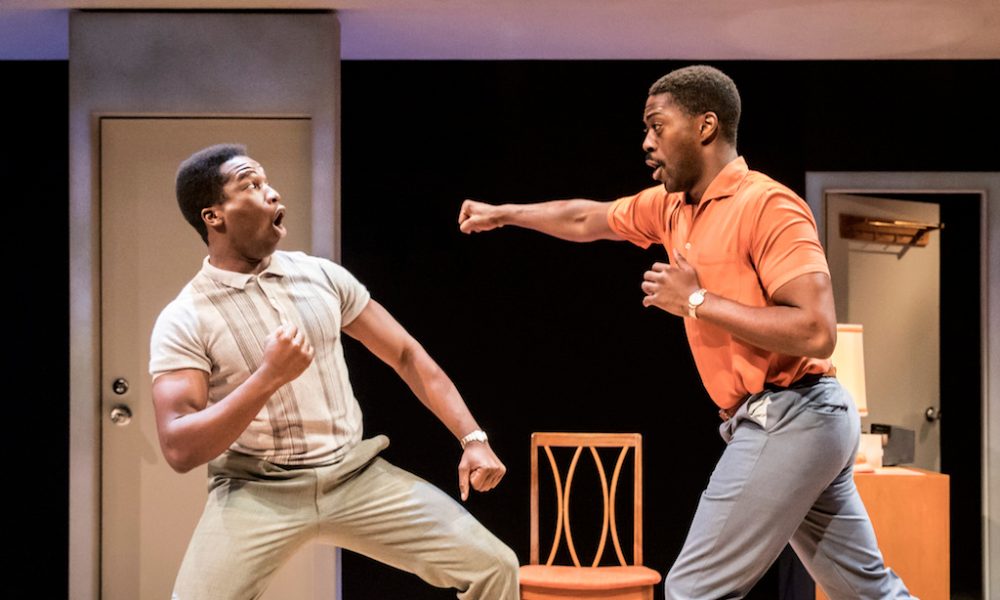 One Night in Miami… at the Donmar Warehouse | Theatre review

One Night in Miami...

Though he may be the play’s biggest draw, especially following his death earlier in the year, in Kemp Power’s One Night in Miami Muhammed Ali isn’t yet the world conqueror he would become. Powers instead presents Cassius Clay on the cusp of greatness, fresh off his first title victory but yet to take the moniker that would come to mean so much to the civil rights movement.

This is not to say there aren’t flashes of the boxing ring’s Oscar Wilde. Immediately Sope Dirisu channels Ali’s punchy poetry, his play-by-play of the Liston fight a formidable piece of verbal and physical comedy. Yet this is still a surprisingly innocent Ali, one in thrall to the three men that join him to celebrate in February 1964: Jim Brown, Sam Cooke and Malcolm X.

Francois Battiste manages Malcolm X’s fieriness, though tempers this rhetorical might with the weariness of a man that fears his time is coming to an end. David Ajala’s Brown, meanwhile, may be the joker of the pack, yet is unafraid to show the anger that propels him on the football pitch. Best of all is Arinze Kene’s Cooke; in what deserves to be a breakout performance, Kene croons his way through the singer’s conflict producing a flawless rendition of A Change Is Gonna Come in the play’s most powerful moment .

While the references and foreshadowing may at times come across as clunky, it is impossible to ignore how depressingly relevant Powers and director Kwame Kwei-Armah make this 50-year-old conversation feel. The black male body continues to be fetishised by sports media yet demonised everywhere else, while black artists still have to decide whether or not to allow their politics to filter into their work. In regards to this latter point, it is easy to see echoes of the choice Sam Cooke faces in the play – between mainstream (i.e. white) acceptance and black activism – in the kind of reactions that have greeted Beyoncé’s work since Formation and Lemonade were released.

Cooke’s struggle, and the ideological position this places him in especially when compared to Malcom X, provides the backbone of Powers’s shaggy narrative. As the singer and the orator butt heads, Ali and Brown lurk in the middle ground seeking neither the assimilation of Cooke nor the segregation of X. All this might sound pretty heavy; however, Kwei-Armah has created such chemistry between his four leads that even in the moments that feel like a history lesson the play crackles with the energy of a heavyweight fight.

One Night in Miami is at the Donmar Warehouse from 6th October to 3rd December 2016, for further information or to book a visit here.

One Night in Miami...