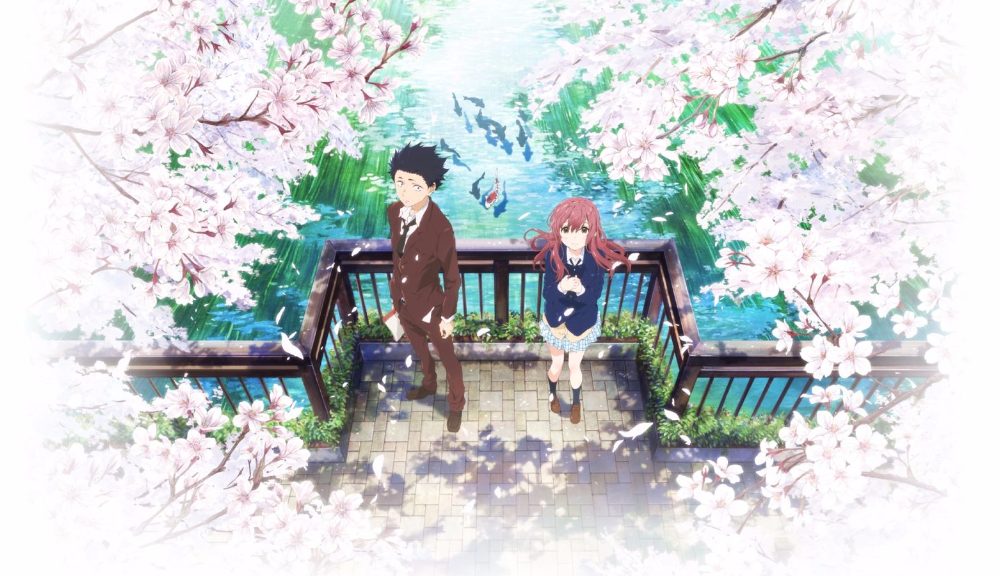 2016 was a record year for the Japanese box office and unconventional animated movies contributed greatly in attracting audiences. Among the top ten of the highest grossing films of the year is A Silent Voice, based on the successful manga series Koe no Katachi, written and illustrated by Yoshitoki Ōima. The story handles sensitive topics such as bullying, social anxiety and suicide in a school setting.

It all begins when Shouko Nishimiya, a deaf girl, joins a new elementary school. Her classmates, still inept when it comes to communication in general, do not know how to react to her, but they understand that they must overcome their feelings of uneasiness if they are to approach her. This proves to be too difficult for some, who resort to teasing her instead. One boy named Shoya Ishida is particularly cruel and takes his jokes a step further every day. Nishimiya seems immune to the bullying and always responds by apologising with a smile.

The bullying escalates beyond the endurance of the girl’s family, however, and Nishimiya is eventually forced to transfer to another school. This causes Ishida’s classmates to turn against him, and when he finds himself isolated he begins to understand the weight of his past actions. When he meets Nishimiya again in high school some years later, he goes to great lengths to redeem himself, but it proves to be an arduous challenge requiring all his courage.

Inadvertently, Nishimiya exposes people’s own difficulty in expressing themselves, and their frustration makes them see her as the cause of their clumsiness and discomfort. A Silent Voice invites reflection on the causes and consequences of bullying, a subject worthy of attention, and it does so with grace and extraordinary sensitivity.

As for the structure of the film, it sometimes seems to lack direction as new characters are introduced, and seemingly consequential scenarios suddenly presented, only to be quickly left behind without deeper exploration. The dynamics between characters are also unclear at times. Perhaps due to the fact that it is based on the manga series, the development of the story does not flow naturally, and it is clear that there are missing pieces.

Nevertheless, this is a fine animation and a story worth telling. The characters are well designed and viewers are given a great deal of emotional clues. Some will fail to connect with the characters at a deeper level due to the lack of fluidity in the narration, but anime fans will no doubt enjoy seeing the popular manga on the big screen.

A Silent Voice is released nationwide on 15th March 2017.

Watch the trailer for A Silent Voice here: