Room 29: Jarvis Coker and Chilly Gonzales at the Barbican 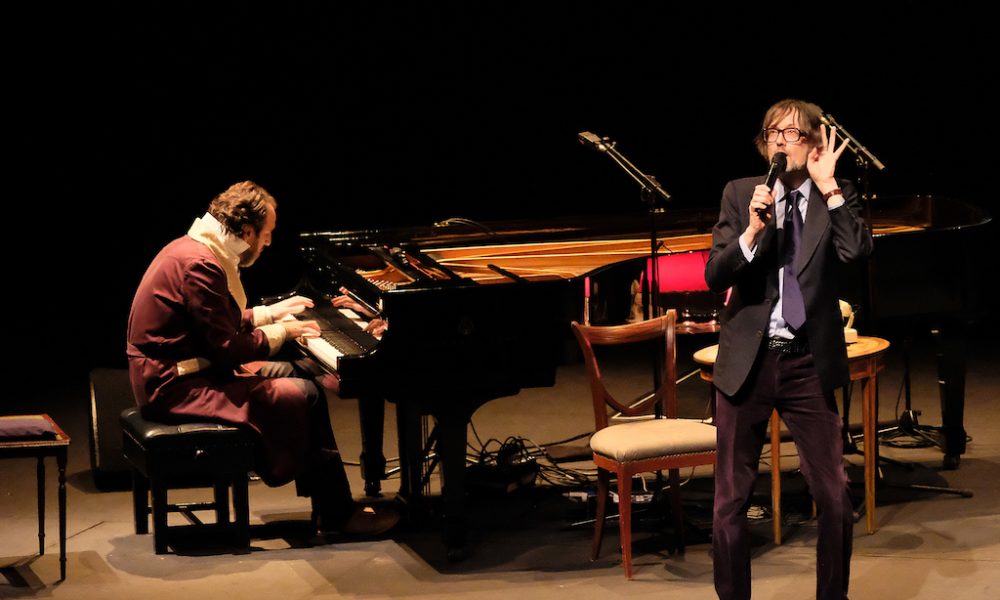 After a near decade-long hiatus, Jarvis Cocker is back with his first album in eight years. Inspired, strangely enough, by the presence of a baby grand piano in his Hollywood hotel room, the record is accompanied by an eclectic stage show with three night runs in Hamburg, Berlin and London.

The Barbican stage is sparsely decorated with the main pieces of furniture found in the real room 29 – mainly a bed for Jarvis to occasionally lounge upon and the aforementioned baby grand.

Cocker is soon joined on stage by a string quartet (ordered and delivered to the “room” by the hotel room service, of course). These four gentlemen, and Chilly Gonzales at the piano, provide a fine accompaniment as  the Pulp frontman takes us through a potted history of the hotel and its more famous temporary residents. Each vignette starts as a short story by the engaging Cocker, incorporates black-and-white period film projected onto the back wall and ends with a song inspired by that person.

The pick of the early bunch is Bombshell, a suitably beautiful yet tragedy-tinged work inspired by the 30s sex symbol Jean Harlow, who once honeymooned in room 29.

Mid show gets bogged down a little in what has the air of filler – there is a bit of pointless audience interaction, and Jarvis abandons the hotel motif all together for ten minutes to fulfill a childhood dream to be in TV (note that is in TV, not on TV, an important distinction here). It’s all fine enough but does seem to take valuable time away from the central premise of the show.

The show really roars back to form however with an incredible strobe light-assisted dance routine inspired by the flashing red light of the hotel phone’s messenger service – an excellent use of both the performance’s theme itself and the Barbican’s excellent light and SFX installations.

We close on an encore of Paper Thin Hotel, a touching and very apt tribute to the late Leonard Cohen.

The three-night run is already sold out, and by the time you read this probably over; however if you missed the show itself you can at least pick up the album of music which inspired it. 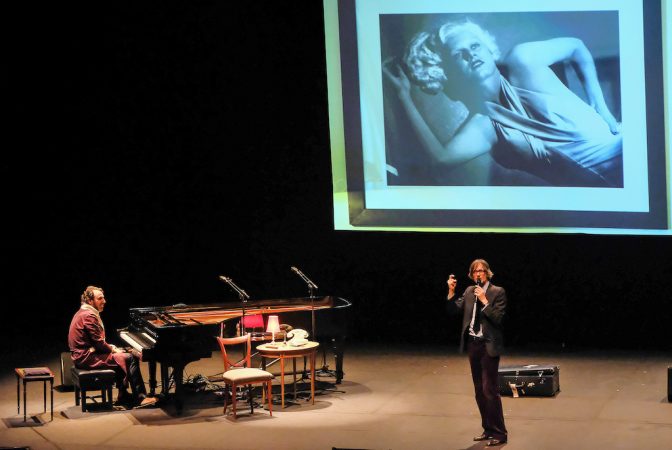 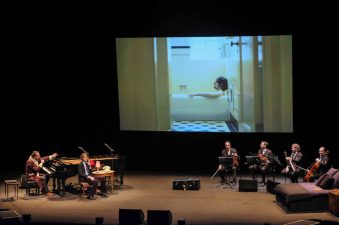 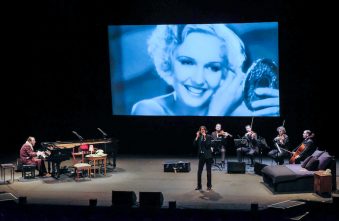 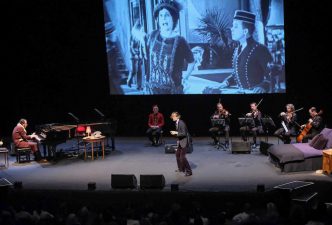 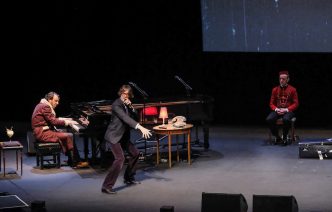 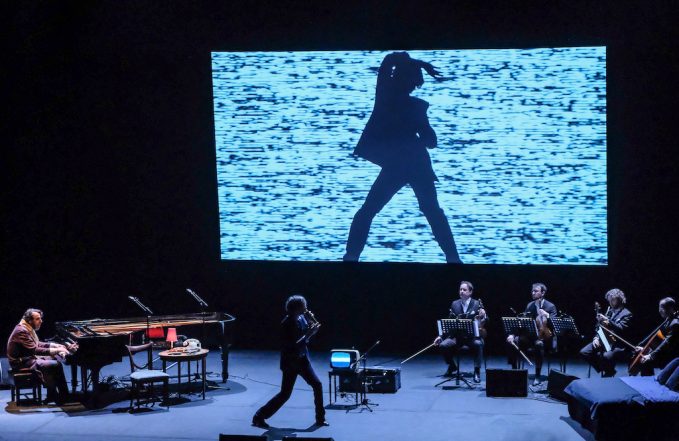 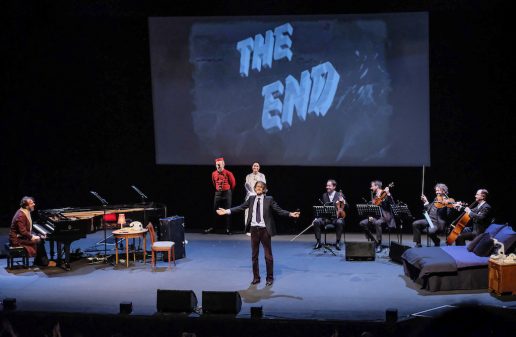 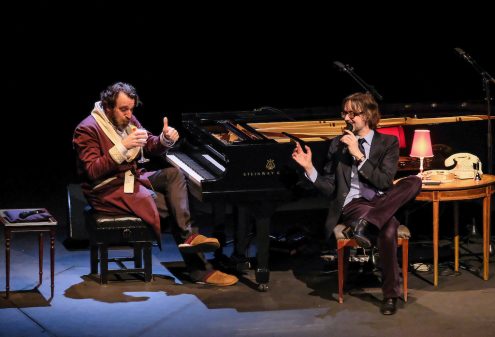 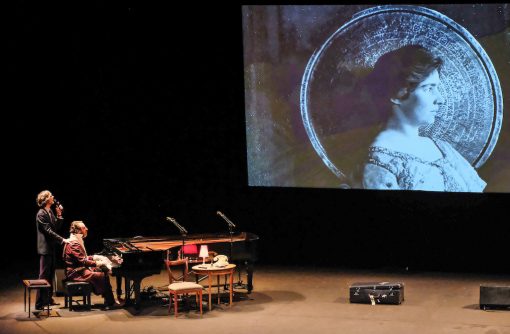 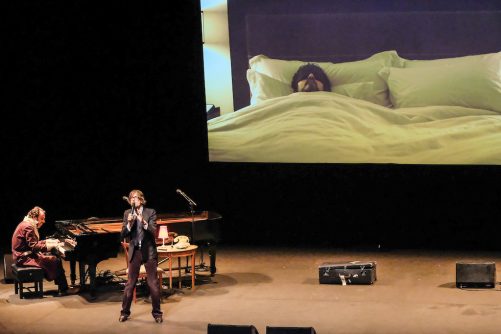 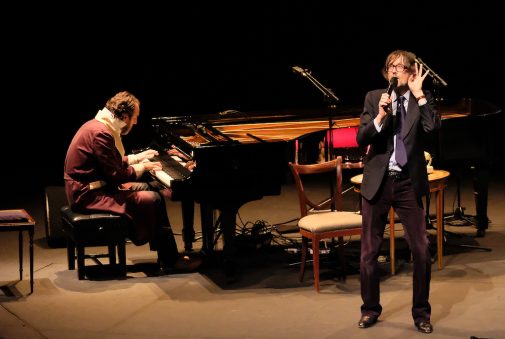 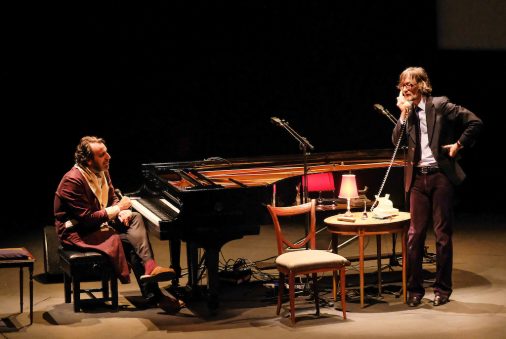