The Philanthropist at Trafalgar Studios 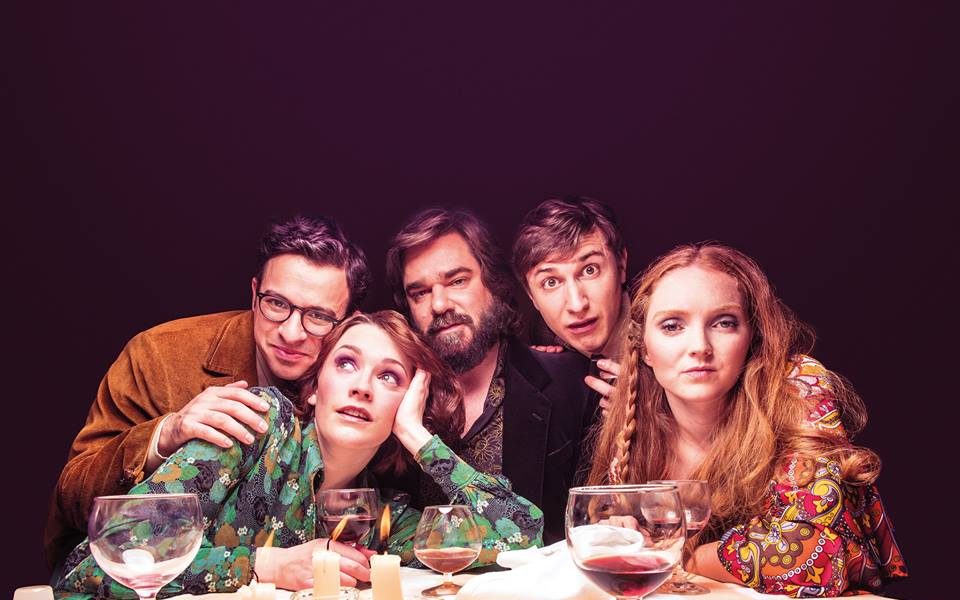 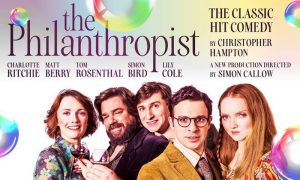 Playwright Christopher Hampton’s The Philanthropist is a homage to and subversion of Moliere’s Le Misanthrope. We meet Philip, a philology professor who is obliging and polite to a fault. He irks his fiancée Charlotte, who wishes he were firmer and is hated by his egotistical house guest Braham, who takes his niceness for sarcasm. In short, he is far too considerate to get by in a selfish world.

Simon Callow’s new production has the draw of an all-star cast. It includes Matt Berry (Toast of London), Simon Bird (The Inbetweeners), Charlotte Ritchie (Fresh Meat) and Lily Cole (St Trinian’s). His choice to use almost solely comedians pays off to a degree, as the wit of Hampton’s text is accessibly showcased. Bird in the role of Philip draws heavily on his famous The Inbetweeners character, Will. His idiosyncrasies elicit some of the biggest laughs and he is immensely watchable as the word-obsessed and unoffendable professor. Unfortunately the acting is inconsistent. Ritchie and Berry also shine, but Cole, though enigmatic, never seems comfortable with the slow, RP drawl she saddles herself with.

The piece can be read as a comment on fiction and theatre, so the decision to use such famous faces is perhaps cleverly self-aware. Where it fails, however, is in carrying across the tragedy of this tragicomedy. A twist ending loses its weightiness because Bird is more caricature than sympathetic lost soul.

Still, there is solace to be had in Libby Watson’s striking set: a bourgeois 1960s drawing room comprising gleaming white furniture and an enviable collection of impeccably ordered, scholarly tomes. Callow’s direction composes the characters pleasingly and deliberately across the stage, ensuring that nobody ever seems superfluous. Seen from above (thanks to Trafalgar Studios’ steep auditorium) they could almost be pieces on a chess board.

The play, set against a fictional shooting in Parliament in which the characters feign little interest, has taken on new relevance since the recent Westminster Bridge attack. Hampton suggested to Callow that it would be appropriate to rewrite that part, but the director insisted it should be performed as originally intended.

It’s far from a flawless production, but The Philanthropist is plump with wit, fine comic acting and wry observations of the human condition, as well as some rather skillful anagrams.

The Philanthropist is at Trafalgar Studios from 3rd April until 22nd July 2017. Book your tickets here.