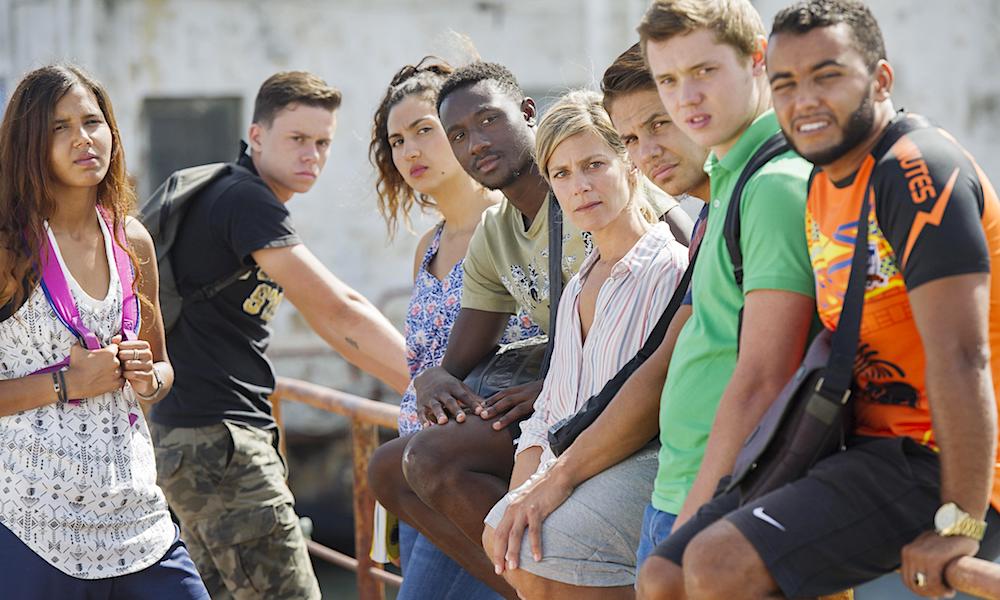 Laurent Cantet delivers an acute, complex character study of an angry young man, superbly written with longtime collaborator Robin Campillo. It has been almost a decade since Cantet’s The Class, and just as that film used timely references to ground the plot, so does L’Atelier to even more startling effect. In the former, schoolchildren discussed the merits of Didier Drogba, now their attentions are drawn towards Facebook, ISIS and the far right.

Antoine (Matthieu Lucci) is a bulldog-faced 16-year-old, somehow too sure of himself and yet completely baffled by the proposition of adulthood. A typical teenager in many ways, he desires only to escape his hometown of La Ciotat, with its natural beauty a haven for tourists, but its economic reality consisting of a dilapidated port industry with few immediate job prospects. There is a misplaced nihilism about Antoine, with his anxiety preyed upon by political extremists who provide simple answers to the complications and compromises of social engagement. He spends a lot of time playing video games, refreshingly depicted on screen, and watching populist, fear-mongering YouTube clips. More concerning is that he mucks about with a gun. He’s meanwhile joined a writers’ workshop, led by famous crime and thriller novelist, Olivia (Marina Foïs), who seeks to publish a novel with the group based on their hometown. Some of the young participants tap into their families’ past association with the place, focusing on the dock and industry, while others factor in contemporary politics and modern technology. The group struggle over various creative decisions: the setting of a dockyard or a marina; the murder location of a ship or a yacht. Olivia hopes these tensions will ignite the writing process, but Antoine is less agreeable than the others. He deliberately isolates himself and plays the provocateur with violent, masochistic writing and explicitly racist remarks. Does he believe what he says, or does he simply like to rile and antagonise? This is the question that consumes Olivia, as the pair’s peculiar, shifting relationship threatens to overspill into tragedy.

Almost every student is drawn out with expert precision. Among them the articulate second generation Algerian immigrant, the job centre habitué, the mild, diplomatic aspiring writer. Their flaws and willingness only heighten the reflection on Antoine. As Olivia tells him, “You’re weird”. He is weird, and proud, smart, stupid, lonely, strong, vulnerable. The contradictions that equally fascinate and disturb Olivia suggest something indiscernibly rotten within Antoine. The final act overplays the theatrics – although the video game influence is clear – and the epilogue seems to quickly resolve Antoine’s sense of belonging. A closing ambiguity would have been preferable, but overall this film is a sophisticated joy.

L’Atelier (The Workshop) does not have a UK release date yet.

Watch a clip from L’Atelier (The Workshop) here: