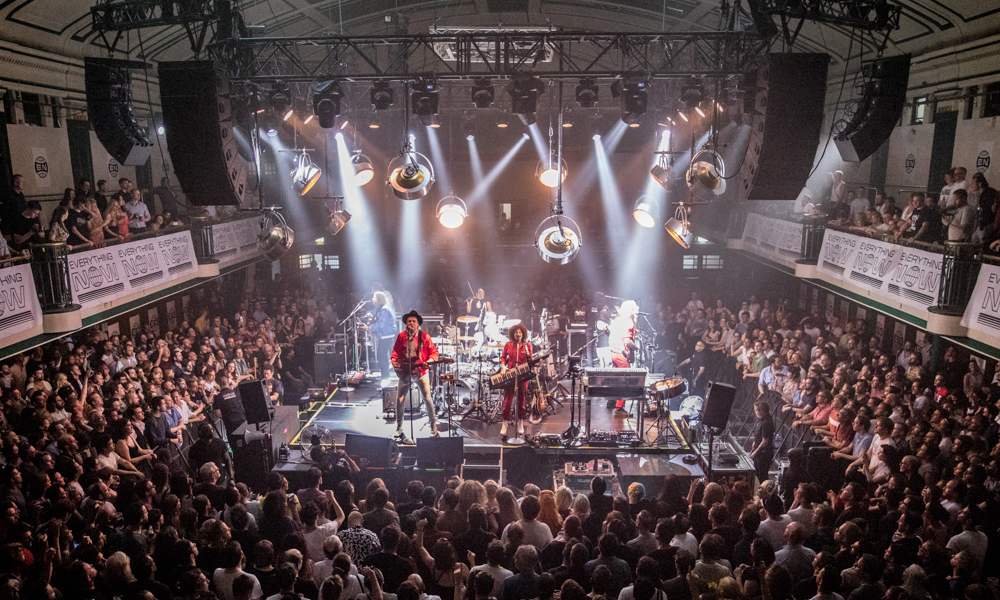 Unusual venues aren’t uncommon for Arcade Fire. Ten years ago, when they were one of music’s best-kept secrets, they would play in a church in Westminster; now they choose York Hall, temple of boxing and wrestling, to perform in front of a privileged crowd of fans and VIPs (Coldplay’s drummer to my left, Jude Law to my right, and KOL rumoured to be all in attendance). The stage is in the dead centre, the audience all around it: just like a ring. Presented in classic boxing fashion – announcer in a suit and a placard-holding girl walking around – the band starts with Everything Now, lead single and title track of their new album.

This Bethnal Green hall is very likely to be the hottest room in London but the music is too good to even care about that. Win Butler, frontman and principal songwriter, sings and jumps all over the busy ring-shaped stage where nearly ten people are playing (the number is eight). There’s a little problem with the band’s latest records (disclaimer – we’ve heard just four new songs from the new one): they try too hard to sound smart. When they won the Grammy for best album in 2011 it seemed like a moment of social justice but, ultimately, it had an adverse effect: from king of alternative rock they turned into a yet another self-absorbed act mixing 70s disco beats and rock riffs to show off their sophistication and flair. Music critics love this. The best-kept secret is now a bit dull.

However, the show is beyond exciting, the intimacy of the venue heightening the grandeur of the performance. For those who aren’t familiar with an Arcade Fire concert, it consists of a crazy interaction between a bunch of multi-instrumentalists (six core members plus a few touring ones) who swap instruments and, essentially, have loads of fun with them – and with theirs fans.

The set is a mix of their best material from each album: Rebellion (Lies), the Neighborhood suite, Wake Up from Funeral; No Cars Go and Neon Bible from Neon Bible; Ready to Start and Sprawl II from The Suburbs; Here Comes the Night Time, Reflektor and Afterlife from Reflektor. The gem of the night is Headlights Look Like Diamonds, from their eponymous 2003 debut EP – a song they played just ten times in the last ten years. The contrast between the raw energy of this early-days piece and the monotony of Afterlife (performed right before) is quite emblematic.

The new songs – Creature Comfort in particular – seem a bit punchier than Reflektor‘s, and they work pretty well live. Everything Now is co-produced by Daft Punk’s Thomas Bangalter, which means we should expect a substantial expansion of their soundscape.

Wake Up is the only encore and its uplifting, anthemic and joyous chant concludes perfectly a night that this band’s fans will hardly forget. 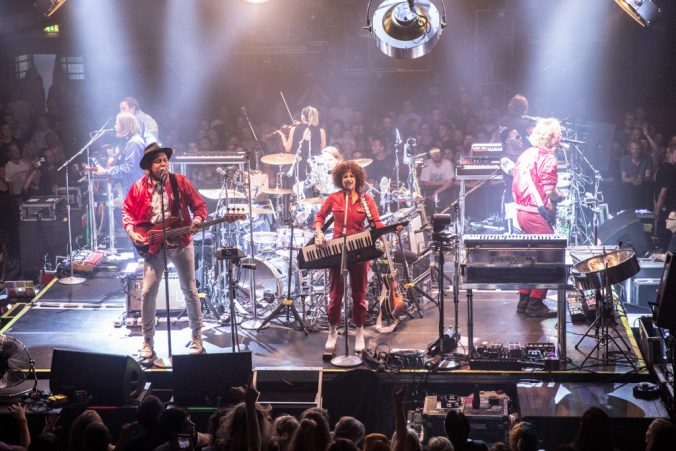 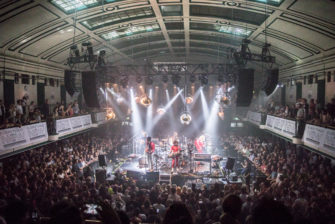 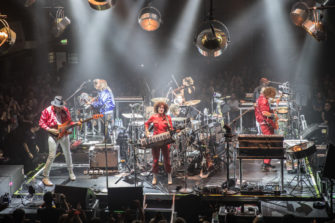 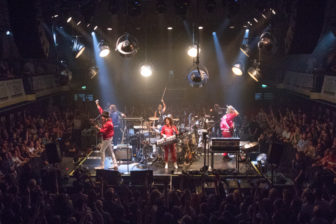 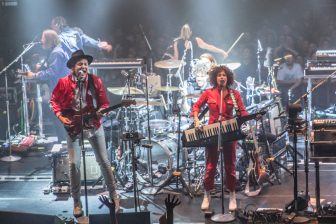 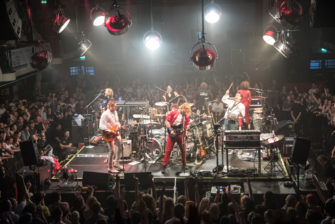 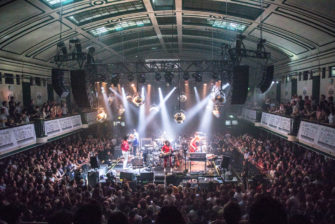 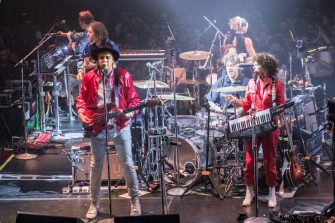 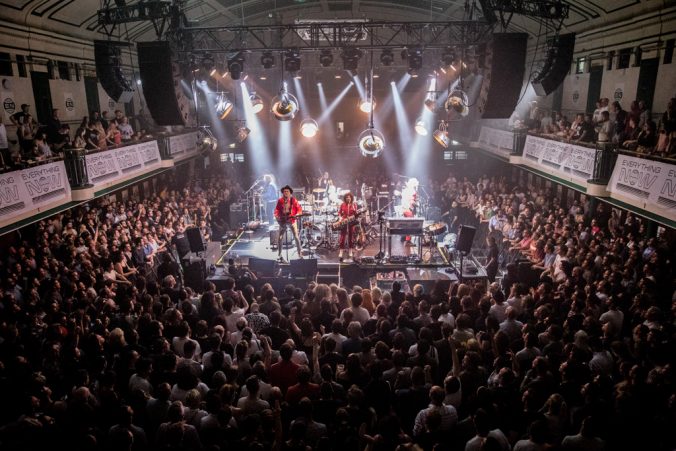 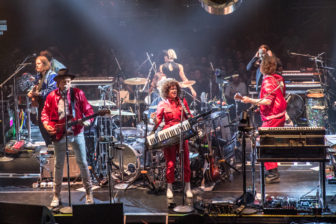 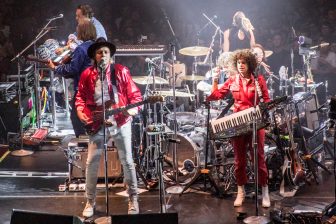 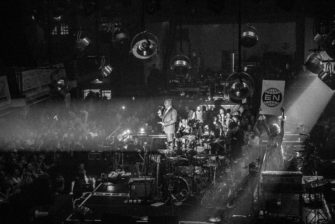 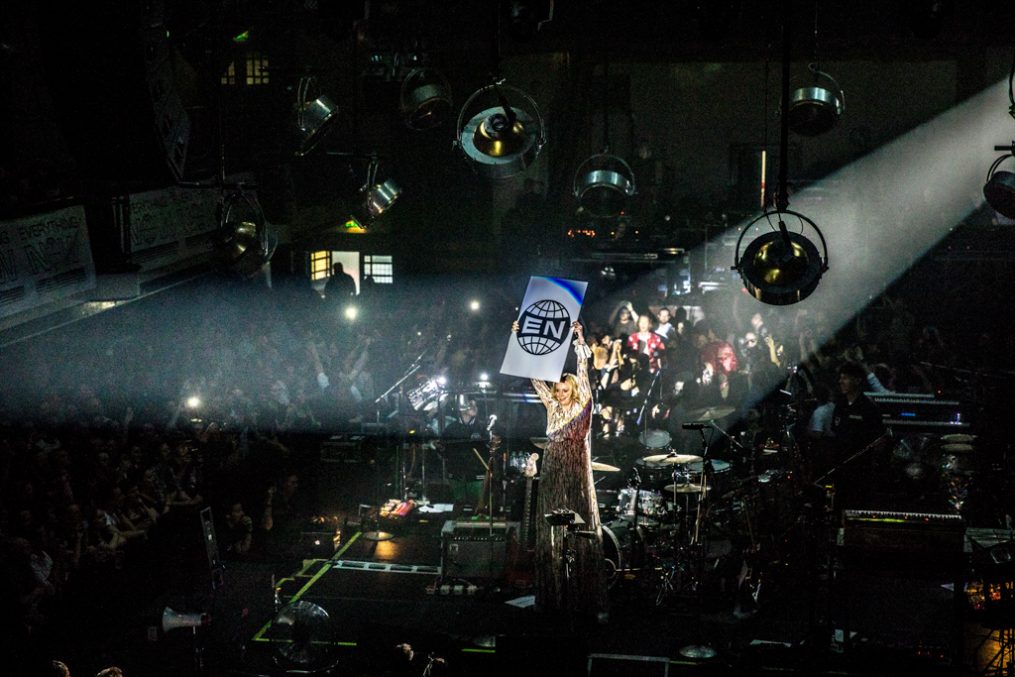