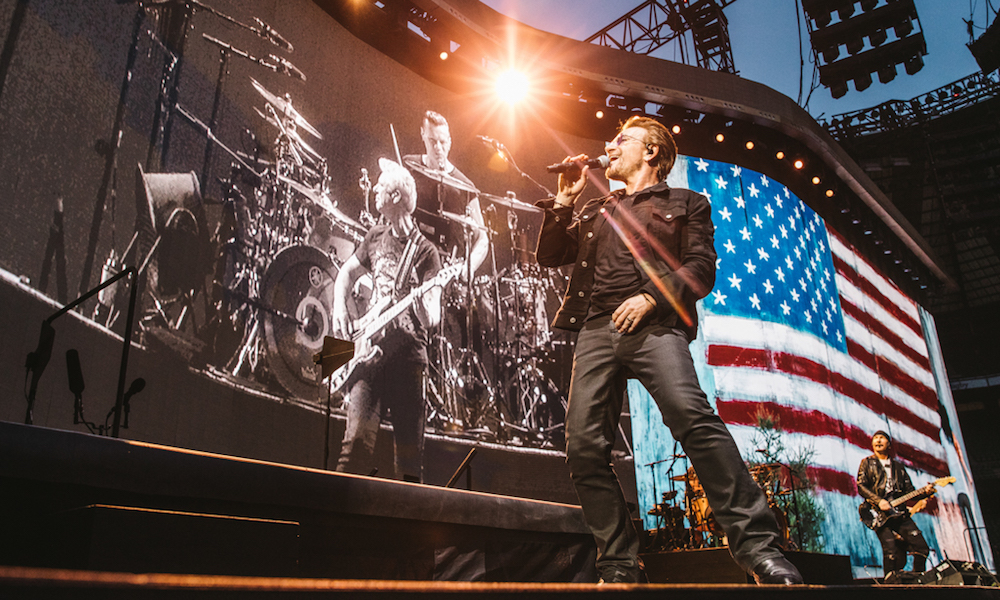 U2 at Twickenham Stadium

Ultraviolet, Where the Streets Have No Name, Vertigo

The European leg of the Joshua Tree 2017 celebratory tour begins in London today. Opening for the Irish rockers is a huge act himself, Noel Gallagher. The Oasis songwriter, on a successful solo career, delights Twickenham stadium with a mix of personal hits and classics by his former band. As he plays Champagne Supernova, from the uber-successful (What’s the Story?) Morning Glory, he captures the attention of every attendee who can’t help but sing along word by word. The same happens with Half the World Away, Wonderwall and Little by Little. If the support’s job is warming up the crowd, Gallagher is absolutely stellar.

The short break to set up the stage for the headliners ends with the Waterboys’ Whole of the Moon playing from the PA. Larry Mullen is first to enter the scene, causing a massive roar; he reaches the drums and the magic of Sunday Bloody Sunday begins. It’s not the best sound, the one of this stadium, but the iconic guitar riff of The Edge gloriously resonates throughout the arena setting the crowd on fire.

Performing in London for this band is possibly the closest thing to a homecoming. “There’s nowhere else in the world I’d rather be than with you here in Twickenham,” says Bono. He praises London, “the capital of the world”, a city where “so many languages are spoken, like nowhere else”, a city full of incredible musicians too – “It’s a very special night.”

The frontman is in autopilot mode: every move works, every interaction with the public leads to a wild response. His fans love him and he loves them equally, thanking them for the trouble they endured to come to the concert. He sings New Year’s Day and it’s clear this is going to be a very 80s-driven show.

There’s a sense of heartwarming nostalgia when U2 play. Some of their songs are so meaningful and connected to difficult times our society endured but managed to overcome that it just feels good to listen to them. Bad proves to be a spectacular choice as the singer steps up the level of his voice powerfully hitting the high notes of the chorus “Wide awake, I’m wide awake”. He pays tribute to David Bowie mixing its lyrics with those of Heroes: “We could be bad just for one day, we could be heroes just for one day.”

With the beginning of the Joshua Tree section of the evening, the plain backdrop reveals to be one of the largest screens ever seen on a tour. The landmark and career-defining sound of Where the Streets Have No Name pervades the sold-out venue; black-and-white footage of a Mojave Desert road trip appears on the mammoth display. Although the theme had to be strictly related to the US influence and look of this album, the video doesn’t quite work with With or Without You – Grand Canyon shots are an obvious mismatch – but it does very well with Bullet the Blue Sky: images of American working-class people resentfully wearing soldier helmets are projected on the sides as in the middle a live feed of the group is shown.

This tour saw the live debut of Red Hill Mining Town, “a song that for 30 years we didn’t know how to play”, with footage of the Salvation Army Brass Band performing on screen. The band remember their early days in London when they were just boys and thank Nick Stewart, the Island Record A&R who signed them back then when no one else would. They dedicate One Tree Hill to Greg Carroll, their New Zealand friend and roadie, “a life stolen away” – the song’s lyrics were written for him after his tragic death in 1986.

As the Joshua Tree ends, U2 return to execute Miss Sarajevo, featuring the recorded vocals of Luciano Pavarotti. A striking video of 15-year-old Syrian refugee Omaima precedes the performance. She’s asked what she’d like to tell a stadium full of people if she were given the opportunity, and she says “achieve their aspirations, and turn their convictions into reality.” She dreams of becoming a lawyer so that she can defend the rights of every person. A giant flag showing her face is held by the crowd as the song is played.

The latter part of the show sees more recent hits such as Beautiful Day, Elevation and Vertigo. The highlight of the night is undoubtedly Ultraviolet, in memory of Jo Cox: the sky is finally dark and Twickenham has become a cosy stage for this marvellous power ballad. One follows, and everyone is singing along with Bono. The frontman reminds his fans that it’s not always luminous people who change the world but also mass movements – just like the Pride taking place today in London – and companies: “Where would we be without the Gates foundation in this world?” They then thank their former manager – often referred to as fifth band member – Paul Mcguiness for “saving us from ourselves.”

The concert ends with a new song, The Little Things that Give You Away, and a surprise duet with Noel Gallagher. “May you take us somewhere else, somewhere only you can,” says Bono to introduce the Mancunian singer-songwriter. They play Don’t Look Back in Anger to remember the victims of Manchester, Grenfell Tower and London Bridge. It’s an inspiring, goosebump-inducing moment; it’s another gem from tonight’s celebration of music, history, love, life and death.

For further information and future events, visit the U2 website here.

Watch the Don’t Look Back in Anger duet with Noel Gallagher here: 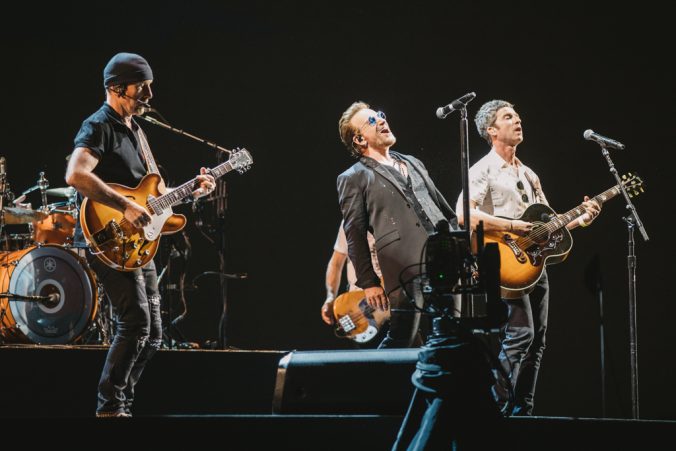 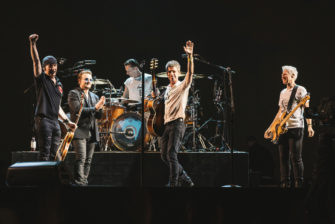 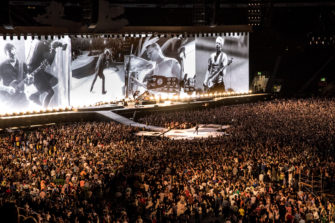 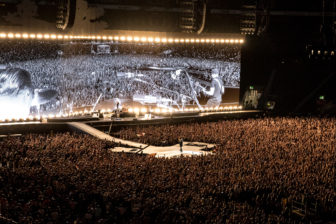 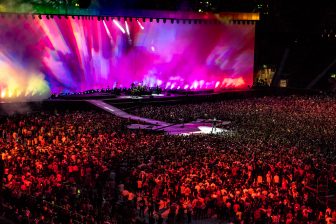 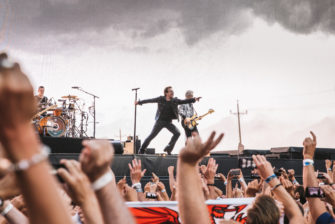 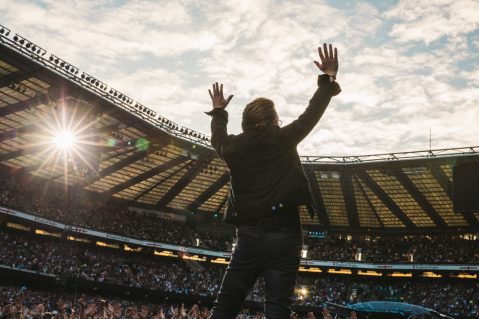 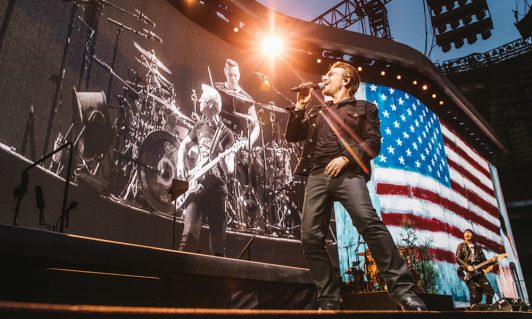 U2 at Twickenham Stadium

Ultraviolet, Where the Streets Have No Name, Vertigo