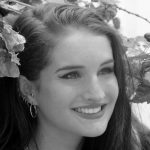 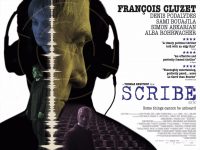 In a captivating political thriller, Thomas Kruithof’s seamless camerawork follows the tribulations and misfortune of his protagonist, Monsieur Duval, who struggles with alcoholism. After a near mental breakdown whilst working as a bookkeeper in a soulless Paris company, we fast-forward two years to a lonely, unemployed, yet sober Duval who fills his days with unsuccessful interviews and AA meetings. His bland and monotonous routine is suddenly shattered when he is employed by the enigmatic “Clément” who drags him down into the knotty underworld of phone-tapping, eavesdropping and political cover-ups. Initially, his job involves supposedly working for the secret service: transcribing tapes of tapped phones on a typewriter in an anonymous dilapidated apartment rented out by Clément. The routine of his day is rigid, ordered yet ideal for his recovery; starting at nine and finishing at six, this rhythmical pattern is literally echoed in the continuous tap of the typewriter reverberating against the bare and colourless walls.

The film’s bitter essence, however, lies in this plodding continuity and routine: Duval insists on the importance of “le cadre” (the framework) to one’s life that shapes an alcoholic’s day and recovery. His mundane regime aids his recovery and lessens his suffering yet simultaneously solicits the death of others. The steady beat of the keyboard is suddenly interrupted when Duval comes across evidence of a murder on one of the tapes; his purely mechanical role as human typewriter is abruptly overturned and he instead becomes an active player in a murderous calamity and political cover-up.

Kruithof’s visuals are provoking, dynamic and artistically executed and his casting for the film is optimal. Francois Cluzet delivers a formidable performance, completely transforming the typically subdued and solitary middle-aged alcoholic, whose inherent naïveté instead engenders a likeable and amusing character that leaves the viewer both touched and surprised. Kruithof’s intricate plot coupled with Cluzet’s portrayal brings a worrying credibility to Scribe’s gripping puzzle of political conspiracy, suggesting such an occurrence to be hardly as far-fetched as we may think.

Watch the trailer for Scribe here: