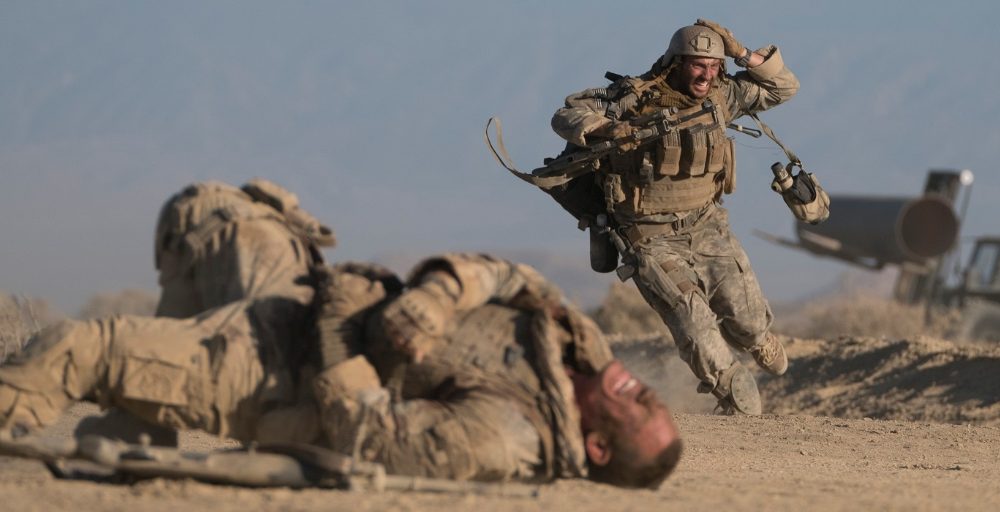 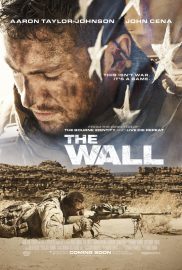 No, The Wall is not a documentary about Donald Trump’s immigration policy. It is in fact set during George Bush’s administration in 2007, as the United States pulled out of Iraq. New modern warfare pictures have got their work cut out, considering they are required to compete against the likes of Black Hawk Down and The Hurt Locker, but Director Doug Liman and screenwriter Dwain Worrell perceived this obstacle before the script for The Wall was even conceived. Taking inspiration from works such as Rodrigo Cortes’s Buried, which solely featured Ryan Reynolds, Liman’s newest venture stars a cast of three, one of whom is a voice-only role. A film featuring so few offers grand opportunities to the actors involved, and boy did they seize it.

Two US Army soldiers come upon a body-littered wasteland in the Iraq desert shortly after the war has ended. From a distance, Army Ranger Shane Matthews (John Cena), and companion Alan Isaac (Aaron Taylor-Johnson) lie camouflaged, scouting the zone for activity. Matthews decides to move closer to investigate. From nowhere, he gets shot by a mystery marksman and lies wounded in the middle of it all. In a failed rescue attempt, Isaac fortifies himself behind the unsteady wall, nursing a leg wound. With his radio not working, the unseen shooter, a voice in his ear, begins to play a psychological game of cat and mouse with Isaac, with potentially deadly consequences.

Dwain Worrell’s script is fantastic, and transposes onto the silver screen with fluidity and ease. This is made significantly easier through the performance of Aaron Taylor-Johnson, the central character with the most screen time out of the small cast. There is no denying the 27-year-old has the ability and talent to pull off an almost solo performance. The Kick-Ass and Anna Karenina star carries the film on his shoulders with conviction and evident dedication to his role. Taylor-Johnson’s performance, with Worrell’s script, leaves seats gripped and nerves jangled, and definitely makes for a stressful 80 minutes. The jury is still out on whether John Cena should continue to take the step from the WWE Ring to cinemas, but even his performance in The Wall deserves an amount of credit. It certainly won’t put a black mark on his acting record.

Filmed in 110-degree heat in California, Liman put Taylor-Johnson through his paces, and the efforts paid off. Through still motion editing, minimal music and an intense shootout environment, The Wall encapsulates the intensities of modern war, whilst also posing the thought-provoking question of who are the good guys and who are the bad – one man’s enemy is another man’s freedom fighter.  But for an ending that slightly lost its way, and a slight lack of character depth, this picture could have delivered exceptional goods.

The Wall is released nationwide on 28th July 2017.

Watch the trailer for The Wall here: