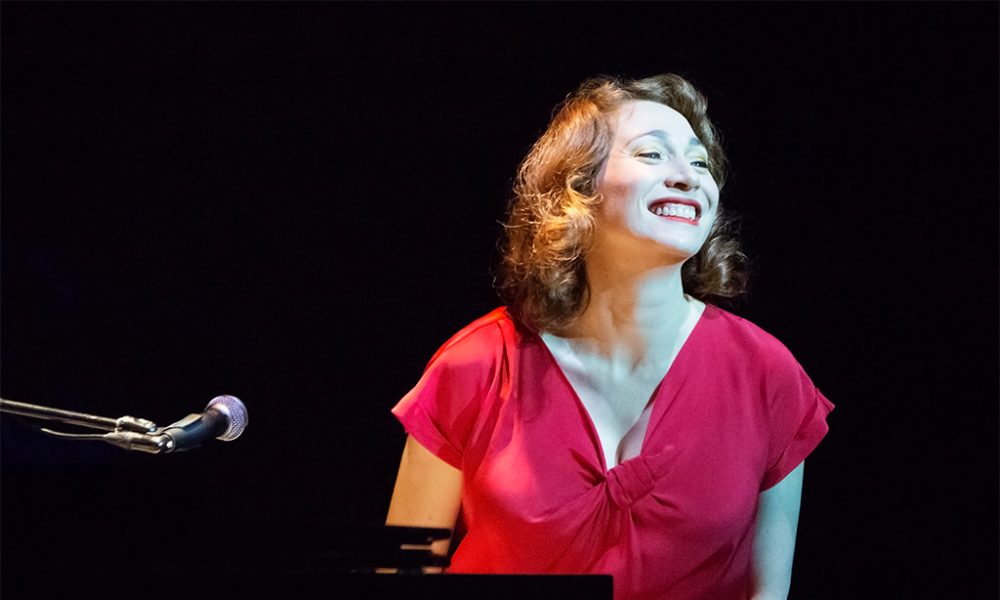 Apres Moi, Ballad of the Politician, The Sellers of Flowers

“We don’t need that pedal. It’s the one that makes thing quieter,” says Regina Spektor in finding that her grand piano’s soft pedal isn’t working, and thereby setting the tone for a show comprising as many lung-busting ballads as tender lullabies. The Soviet-born American’s sound doesn’t struggle to fill the expansive Hammersmith Apollo but she’s just as comfortable at a hushed near-whisper, showcasing that inimitably warm, sweet voice.

Spektor is back in London with a set list championing optimism and defiance. It features most of her richly sombre 2016 album Remember Us to Life interspersed with an eclectic mix from her back catalogue, including idiosyncratic classics from Songs and Soviet Kitsch, which cemented her style and epic laments from more recent releases like 2009’s Far.

Singer and piano begin the show together by way of the jaunty Folding Chair before the band crashes in. The blue and pink lighting makes shining halos of the Garfunkel-esque hair dos of both drummer Mathias Künzli and cellist Rubin Kodheli.

The first song she plays from her newest album is the dystopian Grand Hotel, in which defiant low notes make way for fragile high ones. On Tornadoland‘s strong descending riff, Kodheli saws away at his cello so fast his hand vibrates. Spektor hits her stride with The Calculation, its acrobatic melody proving that she is in fine voice.

In attitude she’s relaxed and playful. She doles out love for London and gets it back tenfold, sweetly declining one audience member’s shouted marriage proposal.

A few tracks in, the band leaves to allow an intimate moment between the artist and piano. The ominous insistence of the intro heralds Après Moi. There can be no doubt that Spektor is relishing this one. Extra sass, drama and unexpected spoken moments set it apart from the album version, and her signature drawn-out plaintive cries are not preoccupied with being pretty.

Turning in her seat to face the room, the musician says, “I came to the United States as a refugee from the Soviet Union. I’m looking around at the nuclear threats and bans and walls. I came from behind a wall. All I really want is a better ratio of good people in power versus bad people in power.” With that she launches into Ballad of the Politician. Laser-like red lights, almost accusing, accompany this melodious, sly, cautionary tale.

The experimental Dance Anthem of the 80s sees the singer dueting on keyboard with keyboardist Brad Whiteley. On Blue Lips the surging warmth and trembling deep notes of the piano wrap around the cello’s staccato. The pensive The Trapper and the Furrier again allows the cello to shine, sweeping between smooth profundity and brutality. “What a strange, strange world / where the good are damned and the wicked forgiven.”

Even non-fans lured along to the concert find tunes to recognise. You’ve Got Time, the theme tune to Orange is the New Black, throws up its curved notes against the whine of cello. And there’s the chaste, nostalgic The Call from 2008 film Narnia.

A standout track from Remember Us to Life is at no risk of being left off the set list: Sellers of Flowers harnesses the grand melodiousness of old films, punctuating melancholy with blessed glints of hope. The piano traverses glorious crescendos and nimble melodies alongside the starling-wing trill of the cello.

The grateful concert-goers lap up Spektor’s London shout-outs. She adds to the tripping, irrepressibly upbeat classic Ne Me Quitte Pas, “I love Paris in the rain – I love you London!”. And there’s a knowing gift for the crowd when she picks up her electric guitar and belts out Bobbing for Apples from her Live in London record. There’s an outpouring of audience delight at the intro to beloved classic Us.

The three-track encore reinforces the mood of enduring hope, with the nimble Better, the playful Hotel Song and tender Samson. The latter, using just voice and piano demands perfect silence of its enthralled audience.

Seven studio albums in, this enigmatic songstress is more skillful than ever at dismantling defences and sending us head over heels. 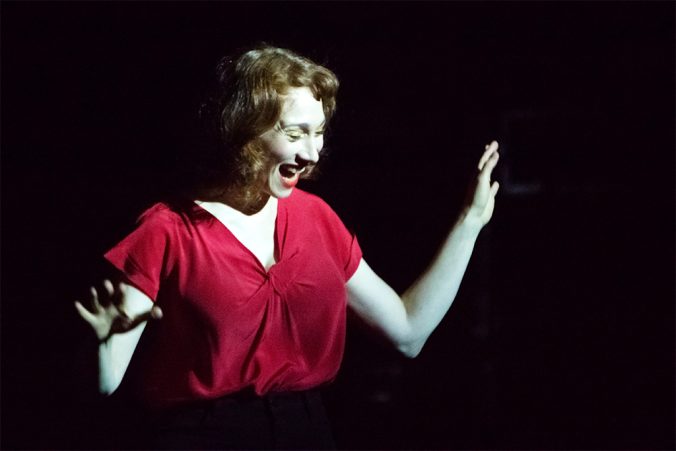 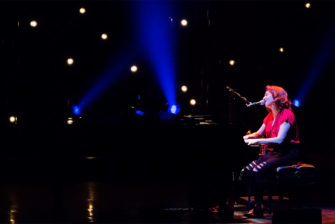 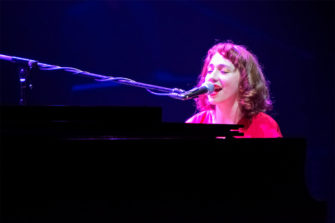 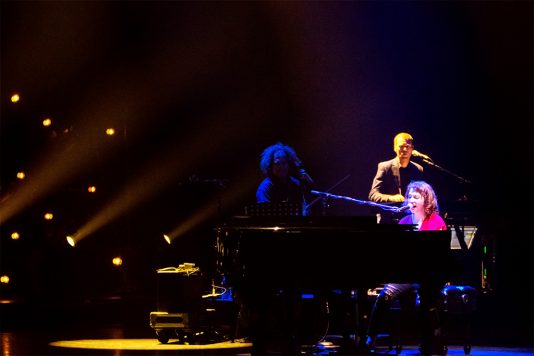 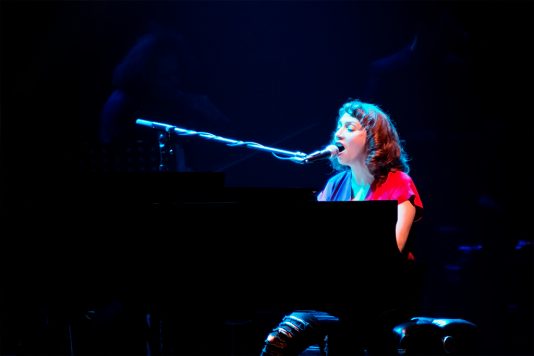 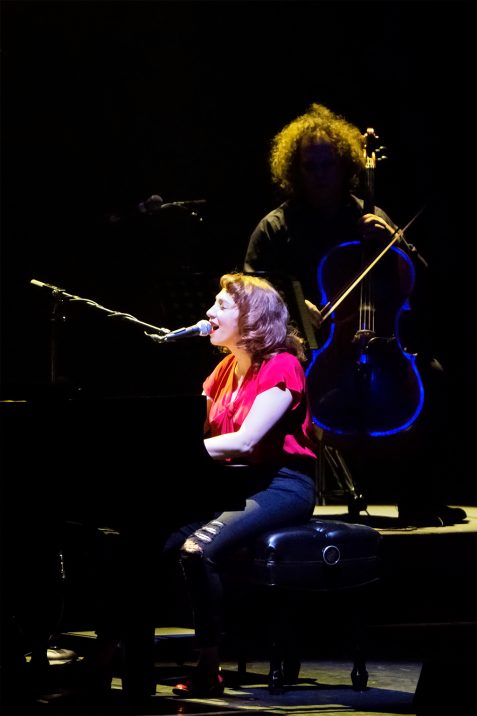 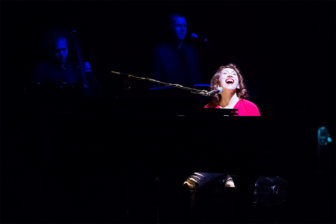 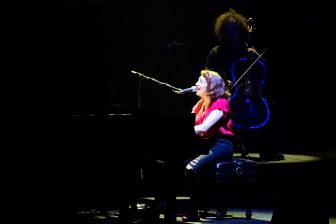 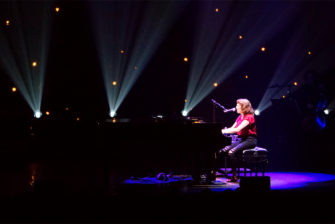 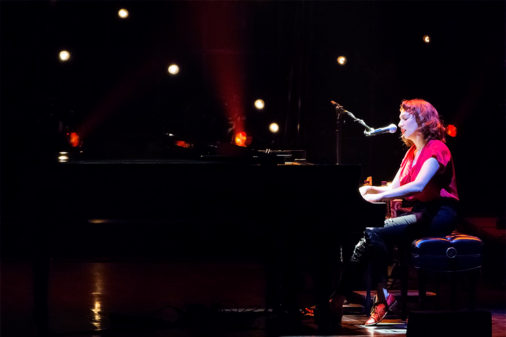 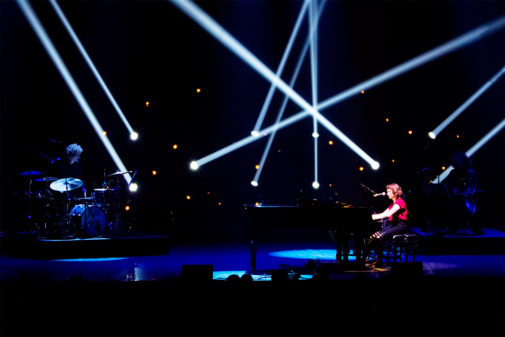 Apres Moi, Ballad of the Politician, The Sellers of Flowers

The Gibson in Old Street: Edwardian extravagance with a modern spin | Bar review
The Reluctant Fundamentalist at the Yard Theatre | Theatre review