Laika at the Unicorn Theatre 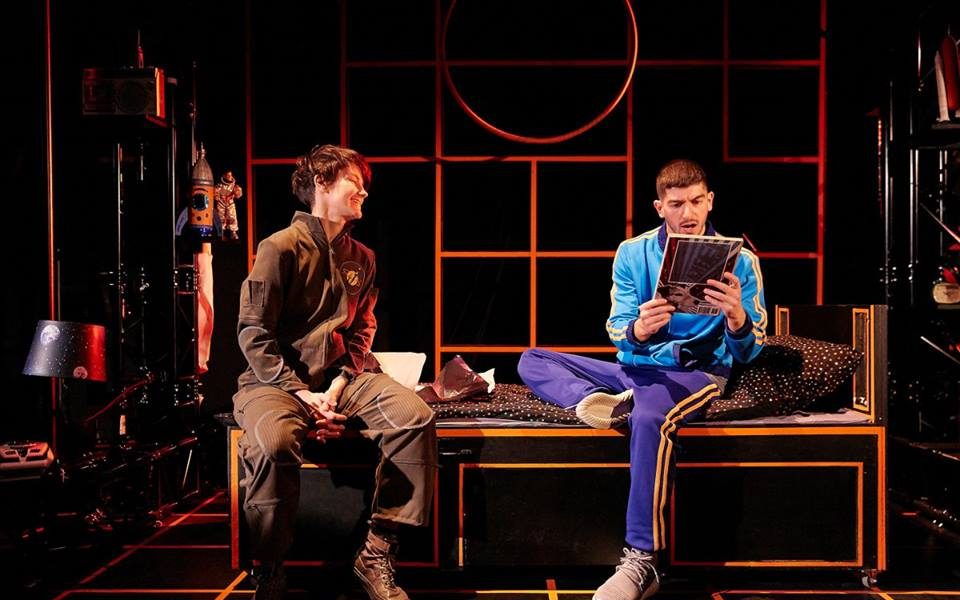 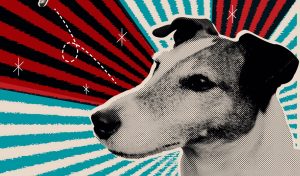 How do you teach kids about letting go of someone they love? Turns out you slip it into a truly magical play about space, bravery and the little dog that could. It’s the year 2057 and Val (Anna Martine Freeman) is heading to Mars, leaving behind her son Sami (Nima Taleghani). One hundred years earlier Laika (Josie Daxter) is caught scampering around the streets of Moscow, step one on her journey to the stars.

Every aspect of Laika is utterly charming. Verity Quinn’s set, specifically the gridded floor, has a Curious Incident vibe (in fact, the entire production is reminiscent of the West End smash). Light bulbs hang overhead, simulating the stars, while spacey calculations are projected onto the walls. The centrepiece is a rocket-ship-cum-bedroom-cum-climbing-frame, immediately redolent of playgrounds and school gym equipment.

Bryony Hannah and Avye Leventis (writers and co-directors) have given their play a floaty, fun energy, with a few cracking set pieces. Best of these is the training montage. The varying heartbeats of Laika and Val merge to produce a slice of thumping electronica – Alma Kelliher’s sound design and Adam Pleeth’s compositions are excellent throughout – as dog and astronaut are put through their paces. Subtle differences appear between the two workouts – a light reaction test vs its cup and ball equivalent – emphasising the century-long gap between the scenes.

The whole production feels perfectly calibrated for its audience: playful, but never condescending. That extends to the performances. In only a few scenes Freeman and Taleghani create a believable parent-child bond, despite the actors being similar ages. The latter especially is incredibly touching as Sami, both heartswellingly proud of his mum and a bit lonely, scared that he’ll lose her forever. As the titular dog, Josie Daxter is a delight; it sounds like an odd compliment, but she is never too doggish – this is no pantomime canine.

The play’s overtly kid-friendly shell allows Hannah and Leventis to smuggle in some pretty heavy ideas. Val is, on the evidence presented at least, a single parent with a helluva demanding job, loving and sensitive to her son’s needs without ever sacrificing her career. It’s this final point that gives Laika such emotional heft.

A rudimentary knowledge of the dog’s history lets you know a feelgood story this ain’t. The sadness of Laika’s real-life tale leaks into the 2057 side of things, preparing Sami, and the audience, for what’s coming. When that moment does arrive, it’s done with such stirring grace that it’s hard not to smile through wet eyes. Laika might lead to some difficult questions for parents once the lights go up, but it’s all the better for it.