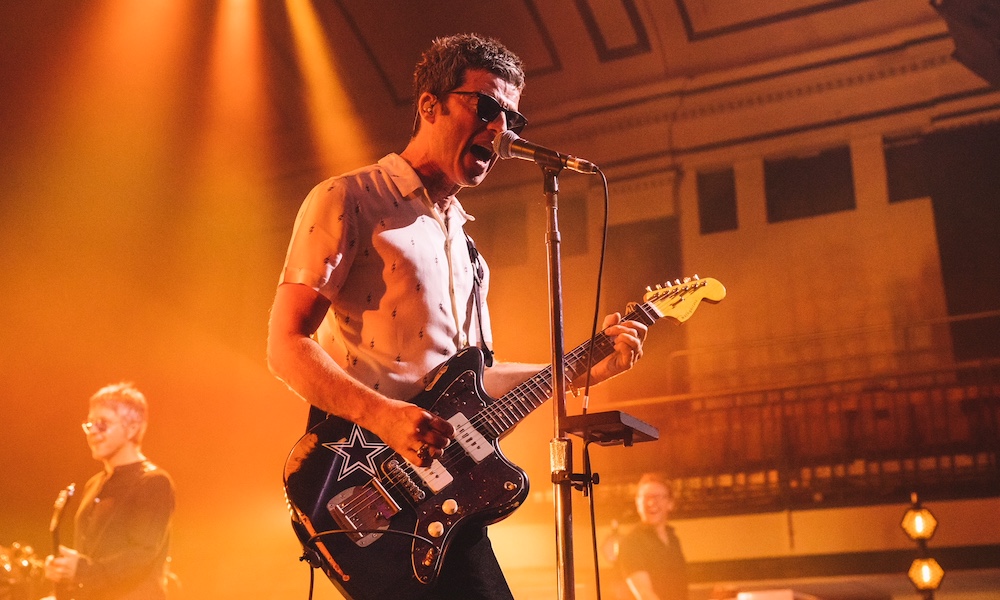 There must be something special about York Hall. Only a few months back, Arcade Fire were presenting here their latest album, and now it’s the turn of Noel Gallagher, who just a week ago brought an end to his support duties for U2’s mammoth world tour.

Who Built the Moon, due for release on 24th November – the same day this concert premieres on Apple Music in the form of a special documentary – seems to mark a departure from the 90s rock style the singer-songwriter is known for.

Gallagher enters the stage as Fort Knox plays on the PA. He opens the show with lead single Holy Mountain; live, there’s more gravitas to the song, which polarised opinions among the fans. It’s a Beautiful World follows and it’s the first debut of the night. Set to be the new single from the album, it’s a melancholic piece characterised by a slow trip-hop beat.

The mood of the packed Bethnal Green venue suddenly ignites when Oasis songs are played: first Little by Little then Champagne Supernova. “This one is dedicated to my children [points at them] listen to these words.” It’s Be Careful What You Wish For, a quiet 70s rock piece, acoustic-guitar-led, enriched by electric riffs and solos. Next is another debut, Black and White Sunshine, an uptempo track built on a classic rock groove.

“This lady here last night [at Jools Holland] played scissors for the first time on British television.” And they launch into a spirited rendition of the refreshing She Taught Me How to Fly. After a huge singalong on Don’t Look Back in Anger, the Mancunian singer closes with AKA…What a Life!.

Tonight’s great performance opens a new cycle of Noel Gallagher’s career; the newer sound doesn’t come as a surprise for the fans of the former Oasis leader who, not long ago, had promised a mind-blowing, psychedelic album, which he actually recorded with Amorphous Androgynous and then scrapped in 2015. The music style might have changed a bit, but the older of the Brit rock brothers is still the same:  “See you next year, keep the faith and all that bollocks,” he says before leaving the stage.

The Killing of a Sacred Deer: An interview with director Yorgos Lanthimos
The Exorcist at the Phoenix Theatre | Theatre review