Scouting for Girls: An interview with singer-songwriter Roy Stride 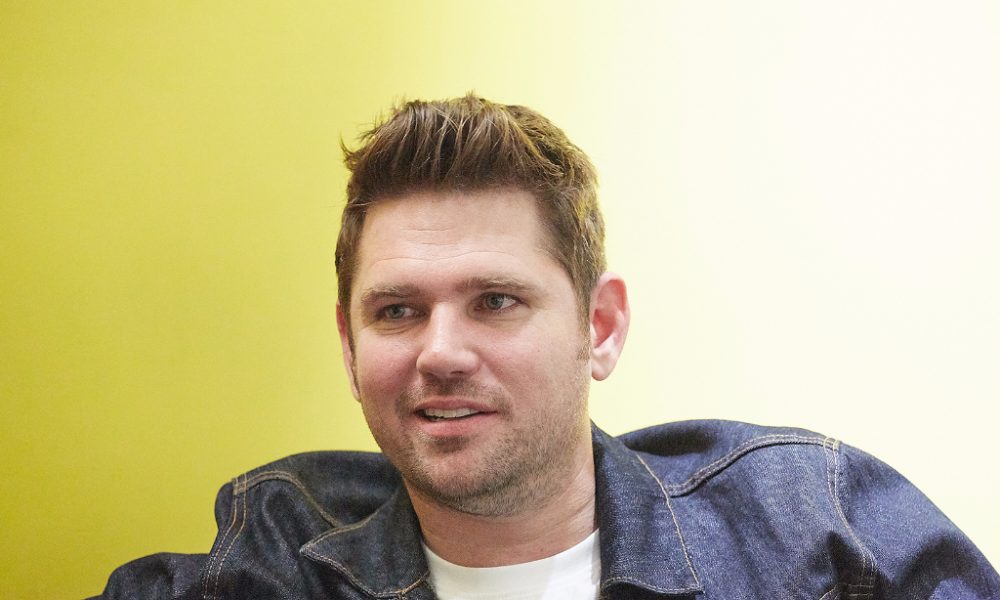 Scouting for Girls: An interview with singer-songwriter Roy Stride

Roy Stride is the frontman of London indie pop rockers Scouting for Girls, a band that is celebrating its tenth anniversary this year with a reissue of their self-titled debut album and a UK tour. We had a chat with the musician before their show at the London Palladium on Saturday night, about his experience of being in a band for a decade, and the memorable events along the way.

So this your Tenth Anniversary Tour, are you looking forward to playing any cities in particular?

We started midway through October, in the highlands and islands of Scotland. We did like a week warm up tour there, so worked in Inverness, and Stornoway, Shetland, that was amazing. And then we sort of worked our way through, we’ve done Glasgow, Aberdeen, Belfast, Dublin. We were actually in Bournemouth yesterday, and so this is one of the first, it’s not one of the first big ones, but we’re now halfway through, so it feels like we’ve properly hit the stuff.

Did you take a massive break, since the last big tour?

Two years. Yes so it’s pretty much exactly two years since we last toured, so it’s been amazing to come out again.

You’ve performed around the world, Japan, Australia, any fan highlights along the way?

The fans in Japan are amazing, because they just give you lots of presents and gifts, and are super polite, and they take pictures with Polaroid so you can sign them afterwards, which is cool. Yeah, that’s probably my real highlight, and our main fan base has always been the UK. We did some amazing stuff in Holland and Germany, but, you know, we’re a very British band, and I think that’s where it works best. Yeah, home.

So, you’re all from London originally. What’s the craziest thing that’s happened on tour, because you’ve known each other since you were five, haven’t you?

I met Pete at Cubs, Greg when we were 11; we’ve been in a band together kind of since we were like 15, took about 10 years till we got a record deal, now it’s our tenth anniversary, so there are just way too many stories. Like what happened just on this tour: we played in Exeter, and we were having a few beers after – it was about 2 o’clock – and suddenly the tour bus had come to a stop. And what had happened was the driver was following a diversion, and ended up down a single track road in the middle of Dartmoor somehow, because the motorway was closed, and he got completely stuck. And so it was at that point I knew that we were in for a long night. So I went and told the drummer to wake the tour manager, and just went to bed. And I missed [everything]. The police made everyone get out of the van, and try and help get the van out; because I was just so fast asleep, nobody could wake me up, and it took seven hours – well, we had to get a big wrecking truck to pull it back – and everyone was really angry with me when I woke up because I’d literally had seven-and-a-half hours full sleep, and  they didn’t get to sleep till seven in the morning – they were up from like two till seven. [I was ] just chilling out letting them do the work.

What are your biggest artistic and musical influences?

I think for Scouting it’s always been, like, we were at school when Britpop happened, and so Oasis, Blur, Suede, they’re the bands that almost were like a gateway to more rock‘n’roll, you know, the original 60s. I discovered Oasis before I discovered The Beatles, I discovered The Beatles through Oasis. And so that sort of opened all that. You know, we love The Kinks, Madness. Yeah, kind of like rollicking fun. Fun bands. I wouldn’t want to set us up on that level, in any way, but those are the bands who we aspire to.

You have a number of hits under your belt, what are your favourites to perform?

I love always performing the big songs, like She’s So Lovely, and Heartbeat, Elvis Ain’t Dead – they always go down really well. Because you’ve done it for so long, I think lots of people complain about playing their biggest songs, but for us because we’ve played them so often you can really enjoy the moment. You don’t have to go “Oh God, what chord is next?”. You’re just there, enjoying the moment, seeing the crowd and seeing people. I think one of the best things about being on stage is just seeing somebody having the best time of their life, to a song you’re singing, to a song you wrote, so that’s amazing.

You’ve been nominated for four Brit Awards and an Ivor Novello.

But that must’ve been a great moment. Do you have any other really memorable moments?

When we went to number one. Our first album went to number one; we’d worked all year, we toured for about seven months. Touring sounds really glamorous, but we played tiny little pubs and universities, to frequently nobody, so it builds up and builds up over that [time]. And we released She’s So Lovely, and that became a top ten hit, and so when the album came out three months afterwards it went top to number one. We were actually on holiday at the time, so it was our first break in a year. We were in India, and my girlfriend at the time was really sick from food poisoning, and I remember just watching the cricket, just Indian cricket, for about five weeks, and that’s when we found out we were number one. I got an email, and there was no one to celebrate with, order a few more beers and watch more cricket – which is actually probably as good as it gets. That’s probably what I’d do now if we had a number one. That was a highlight.

What are the best things about being in a band and what advice would you give to anyone starting out, because you said it took you ten years to get things going, so you understand the struggle.

I suppose for advice, these days, for me it’s all about the song, you know – you just have to keep writing and writing, till you get a song that is good enough. Apparently there are about 18,000 songs being released every week. And so if you haven’t got a song that isn’t as good as the best stuff out there, I think that, to me, is the thing I’d always concentrate on, the songwriting and production, because now its more a level playing field, anyone can, you know you can produce. On YouTube record your own music and go for it. The other thing we did as a band was we just built it fan by fan, and we took each person individually so when we had, like, 50 people in our email list we were like yes! And when you have 100 people to a gig, you’re like, “that’s amazing”. Keep building it. And stay true to yourself, true to your art.

Read our review of Scouting for Girl’s show at the London Palladium here.

For further information and future events visit the Scouting for Girls website here. 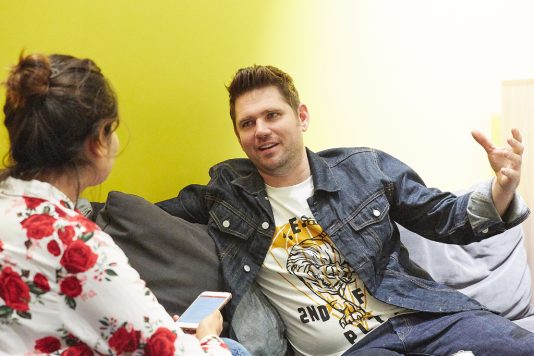 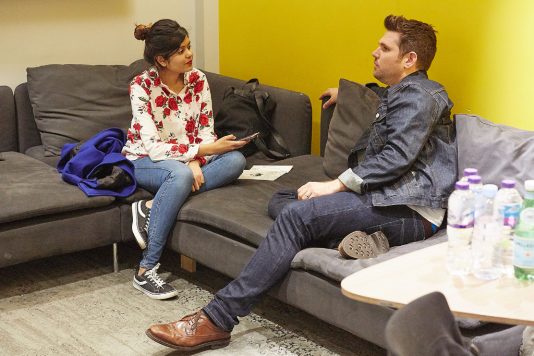 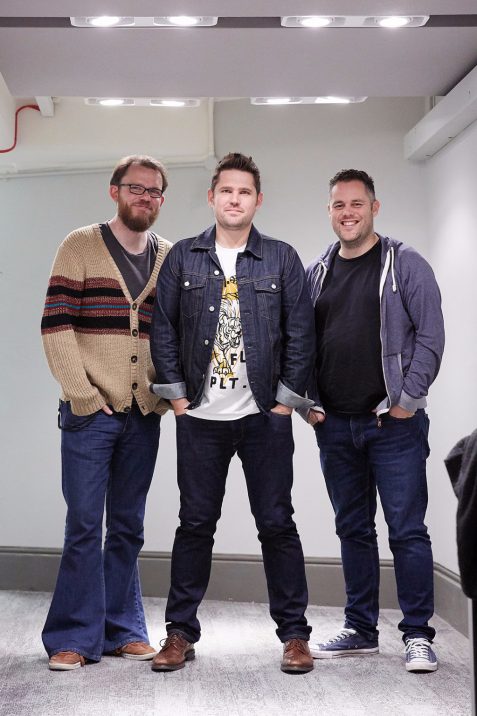