Natal’ya Vorozhbit’s Bad Roads is like a tight, vaguely experimental short story collection: six snapshots of life as a woman in the current Ukrainian conflict that finds its politics not through its allegiances, but rather in the way it gives a voice to the often voiceless.

Vorozhbit is careful to prevent her characters from becoming vessels of pure misery. There is no doubt that the world of the play is a truly nasty place, where men are constantly threatening to make meat of your body through death or sex. But Vorozhbit repeatedly complicates her narratives, asking what survives of relationships – both sexual and romantic, but also everyday interactions – in the rubble of war. Each story ripples into the next; specific details repeatedly crop up, possibilities splintering off from the same source. It reinforces the idea that these experiences are as shared as they are personal.

After her superlative, hyper-naturalistic work on Victory Condition, Vicky Featherstone goes in the other direction here, complimenting Vorozhbit’s stylistic shifts with a series of sharp choices. Set in Camilla Clarke’s gorgeous debris-strewn forest, the opening scene is a monologue of sorts, a journalist’s bittersweet account of her romance with a solider as she travels to the frontline, peppered with the stories of those she meets on the way. Featherstone injects a further sense of documentary by having these alternately comic and crushing anecdotes spoken into a microphone at the back of the stage, as if played from a tape recording made out in the field. This provides the production with its best method for exploring “how crass it is to talk about love in war”, puncturing the journalist’s wistful tone with the quotidian horrors of conflict.

Yet the most harrowing sequence – a sexual assault that really should be flagged up more clearly for those who might be triggered by such issues – comes later. Featherstone sets the assault in complete darkness; combined with the graphic language and grim sound design the scene is utterly suffocating. It’s almost the inverse of the opening monologue, with love and longing swapped for sexual and emotional abuse. Here compassion becomes a tool for survival, the hostage desperately trying to remind a sadistic soldier of his humanity.

It’s a repeated theme this, people having to scrape away the thick layer of their wartime actions to find the person hidden beneath. This point is underlined in the final scene: a husband and wife seek to extort money from a kind-hearted woman who has accidentally killed their chicken, until they appear to remember they’re not those kinds of people. “Don’t’ tempt us,” they say; Bad Roads seems to be about the impossibilities of avoiding such temptations. 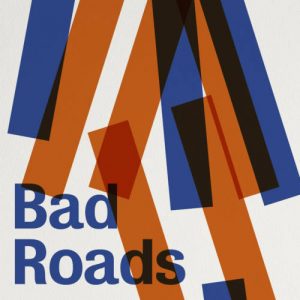