Everybody’s Talking About Jamie at the Apollo Theatre 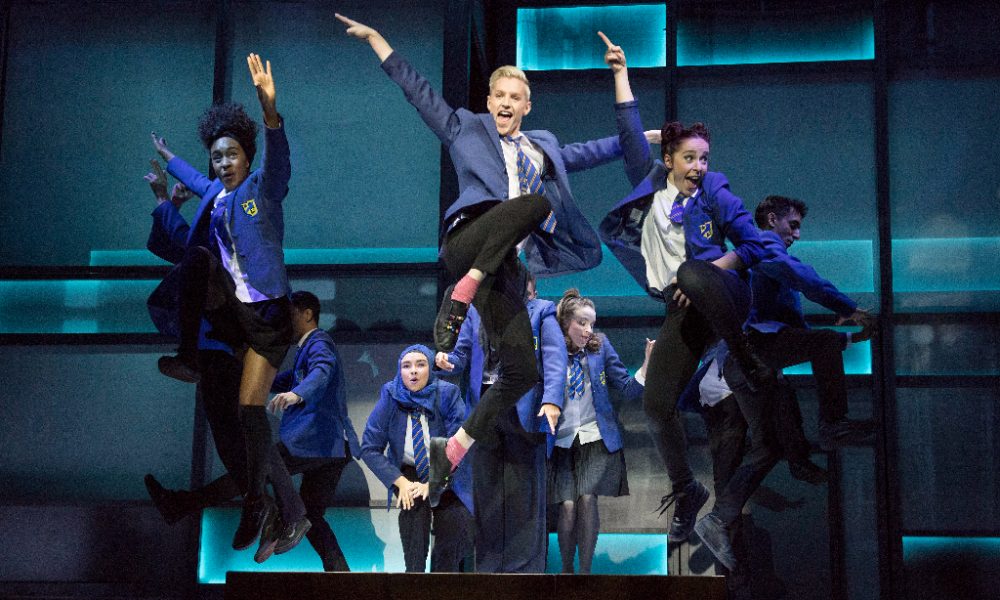 Everybody’s Talking About Jamie at the Apollo Theatre | Theatre review

Some shows just make you want to roar with joy. Everybody’s Talking About Jamie is a genuinely hilarious, moving and downright triumphant story of a 16-year-old drag queen that deserves to become West End royalty.

Based on a BBC Three documentary, the musical tells the tale of Jamie New, a kid on the cusp of leaving school who wants to walk in the stiletto footsteps of RuPaul and Lily Savage. Backed by quite possibly the greatest mum in the world he embarks on a journey less of self-discovery than self-fulfilment, fighting against a teacher who won’t allow him to attend prom in a dress.

So often the only stories involving LGBTQ+ characters that get any mainstream attention are the those about struggle. Yet one would hope we have reached the point where other narratives can be told. This isn’t to say Jamie doesn’t face challenges; or that the musical is a full bodied exploration of queer lifestyles. No, what makes Jamie so special, and so important, is its sense of celebration. In the drag community Jamie finds a network that can support him in ways his family and (straight) friends, however supportive, can’t help him with.

This celebratory tone extends beyond Jamie to his best friend Pritti. She is a young girl who has chosen to display her Muslim faith, not due to any family pressure or sense of duty, but because she wants to. It doesn’t define her, but neither is it ignored; cultural specificities – being gay, or Muslim, or working class, or northern – are to be cheered, something Jamie does repeatedly.

Of course, all of this would mean diddly squat if Jamie wasn’t any good. Tom MacRae’s writing is some of the funniest seen on stage this year, while Dan Gillespie Sells packs both acts full of ear-worms, especially opener And You Don’t Even Know It, the drag herstory The Legend of Loco Chanelle and call to arms Over the Top. As Pritti, Lucie Shorthouse is brimming with humour and warmth; Phil Nichol is a riot as Jamie’s drag mentor; and everyone needs someone like Mina Anwar’s Ray in their life.

Yet even these impressive achievements pale in comparison to the performances of Josie Walker and John McCrea. As Jamie’s mum Margaret, Walker is the steely heart of the play; in He’s My Boy she gets the musical’s unquestionable standout song, an absolute heartbreaker that – if there’s any justice – will become so well known it is butchered year in, year out on Britain’s Got Talent.

And, as the titular character, McCrea is perfection. He is quick-witted and razor-tongued, self-doubting but unashamed, brave but never in a way that feels pious. It’s tempting to say McCrea is a star in the making. But he’s not; he’s just a star full stop.

Everybody’s Talking About Jamie is at the Apollo Theatre from 6th November 2017 until 21st April 2018. Book your tickets here. 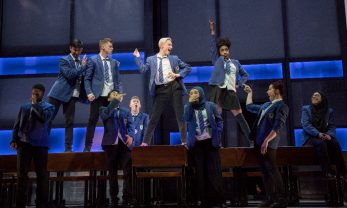 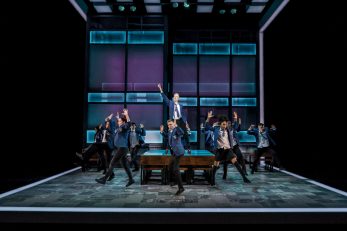 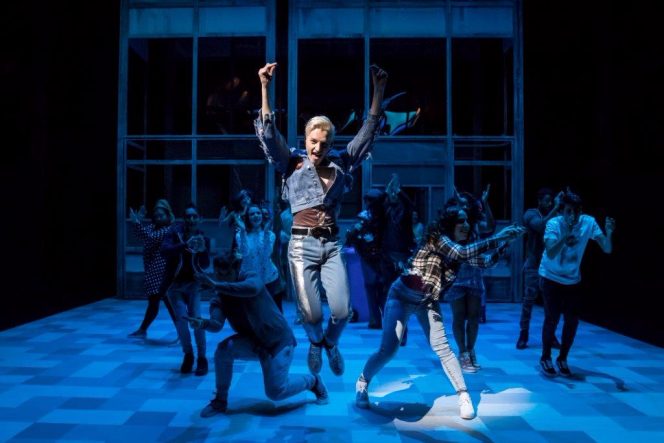 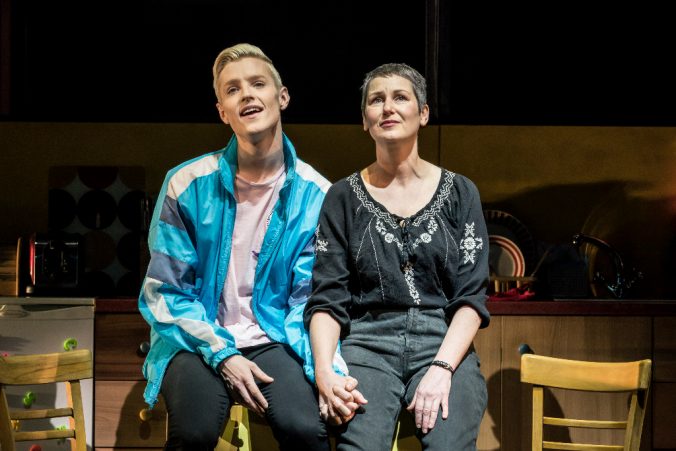 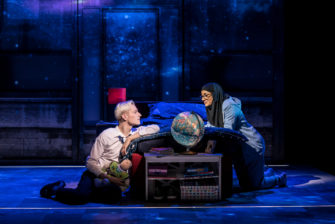 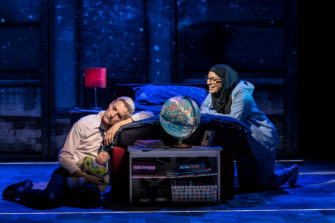 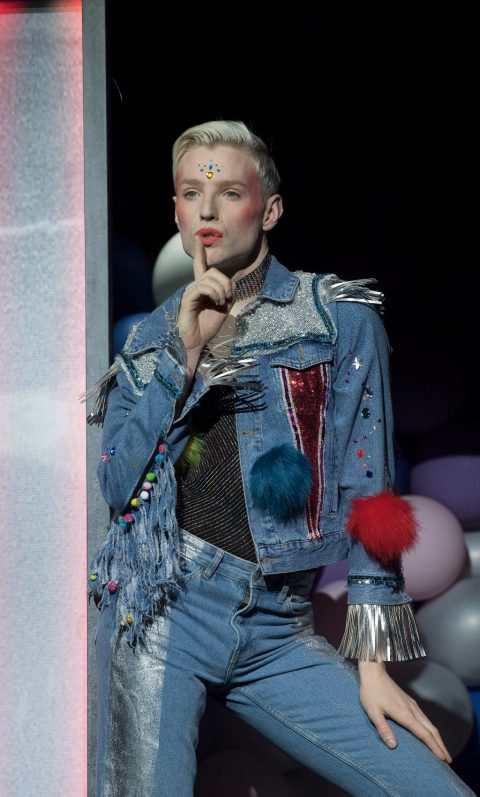 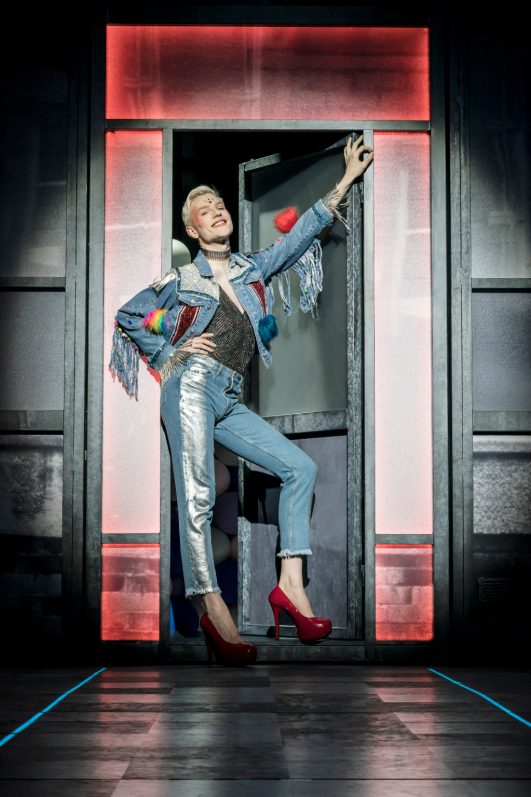 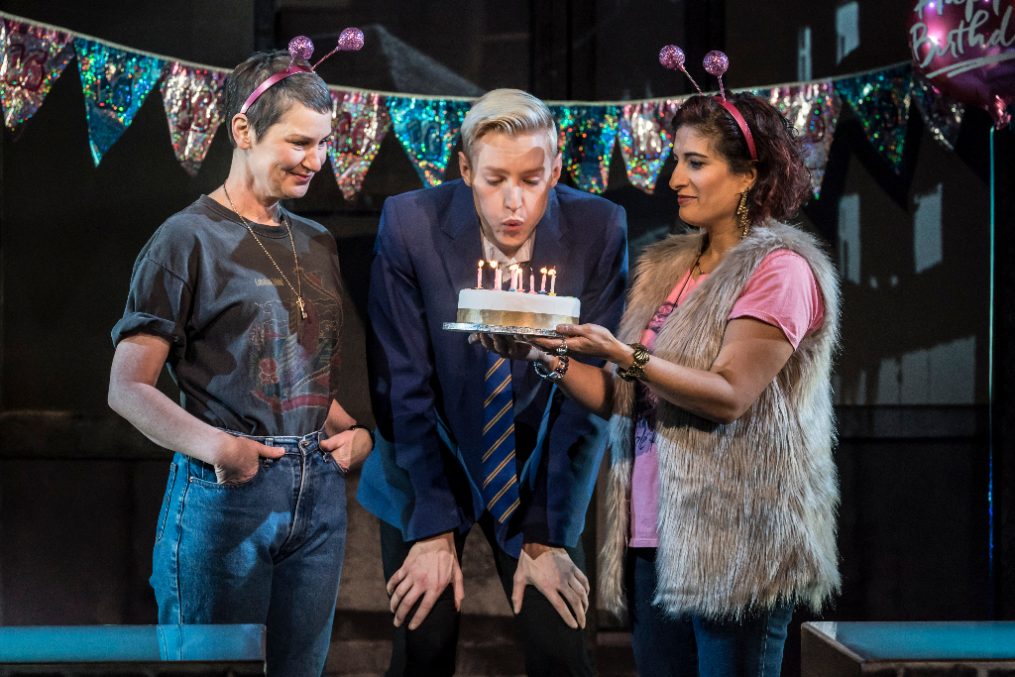 Watch the trailer for Everybody’s Talking About Jamie here: