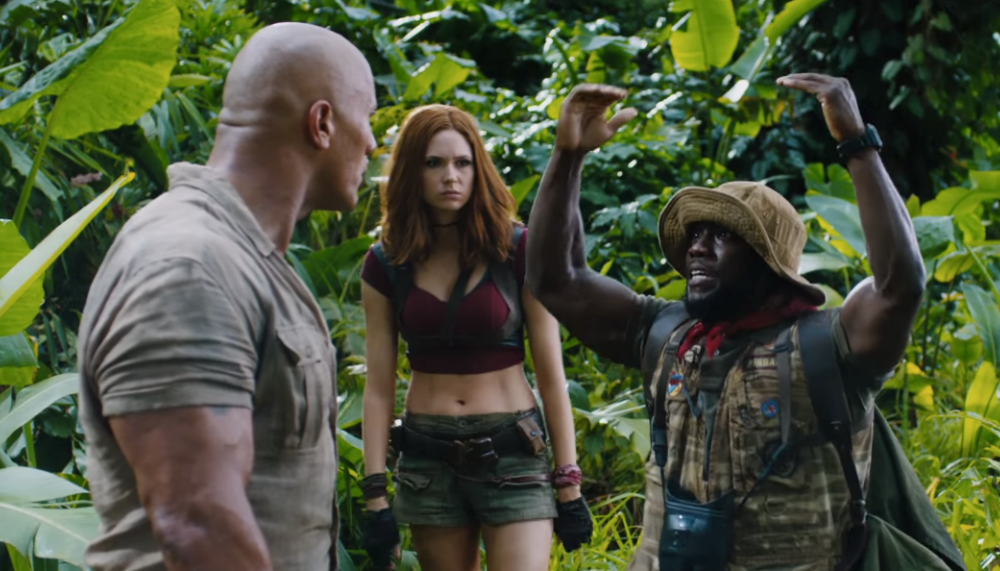 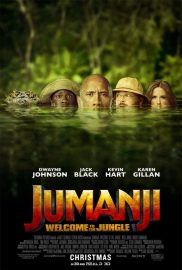 The announcement of a new Jumanji movie was met with rational hatred since the news came shortly after Robin Williams’s death. To mitigate the ambivalence, Sony announced that the project would be a sequel to the beloved original. Those fans may be pleased to know that the legacy of the 1995 Jumanji hasn’t been tarnished with this follow up – largely because it’s completely forgettable. For one thing, the studio did itself no favours when Dwayne Johnson announced the subtitle of the film at Sony’s CinemaCon panel and it was, bafflingly, the same name as a superior adventure picture he starred in earlier in his career.

Jumanji: Welcome to the Jungle begins by winking to the audiences of yesteryear with a scene that takes place in 1996 where a boy lets curiosity get the better of him, as he plugs in the Jumanji videogame and gets literally sucked into it. Cut to present day in the home of Spencer (Alex Wolff), the nerdy video-game-obsessed high school kid, whose bedroom is such an onslaught of Sony product placement that cinemagoers may think they’re still watching the commercials before the movie.

This is followed by introductions to the other archetypal high schoolers – the jock Fridge (Ser’Darius Blain), the insecure Martha (Morgan Turner) and queen bee Bethany (Madison Iseman). Their performances are so excruciating to watch that it’s a relief they enter the world of Jumanji before they’ve had a chance to be fleshed out in any substantial way. The actors who audiences will have paid to see, however, deliver the goods.

Dwayne Johnson is in his most delightfully self-deprecating role since Southland Tales. Kevin Hart is Kevin Hart, so one’s enjoyment of his performance will be dependent on the personal capacity of his shtick. Jack Black is hugely entertaining in the most drastic body-swap of the bunch, as Bethany in the body of an overweight middle-aged man. The funniest bits of the film are derived from his corporeal learning experience.

Generally, the humour is juvenile slapstick but self-aware videogame moments (like characters repeating themselves when they are stuck) will elicit some chuckles. There are hoards of animals and villains to keep the action going but the little reasoning behind it all could simply be shrugged off as “videogame logic”. But that would be an insult to the medium because, even in 1996, videogames had logic – and much more satisfying endings.

Jumanji: Welcome to the Jungle is released nationwide on 20th December 2017.

Watch the trailer for Jumanji: Welcome to the Jungle here:

Belleville at the Donmar Warehouse | Theatre review
Bingo: The King of the Mornings premiere: A chat with Vladimir Brichta and director Daniel Rezende