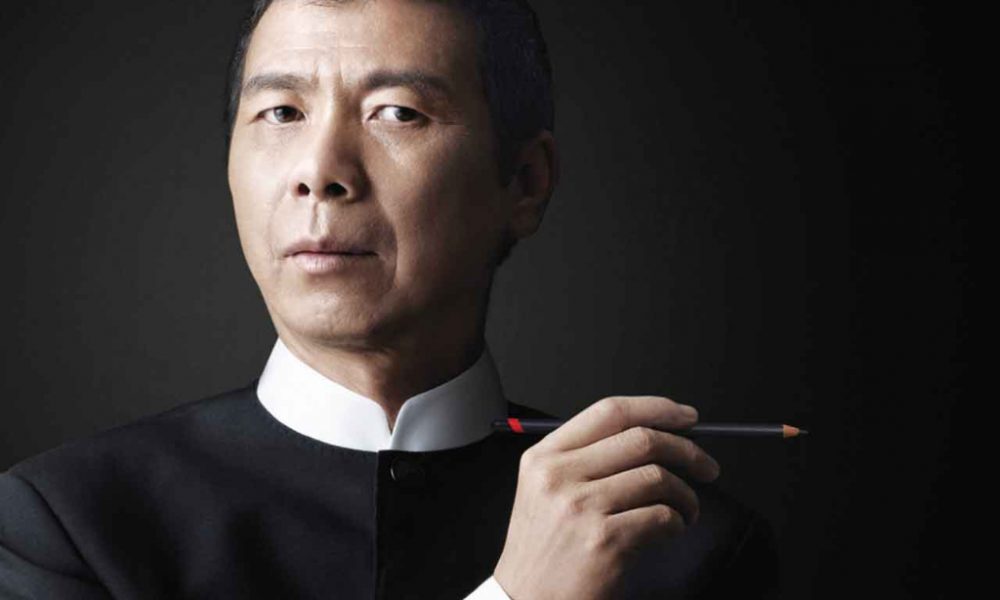 Youth is the new film from the Steven Spielberg of Chinese cinema, Feng Xiaogang.

Based on a novel by Yan Geling, the coming-of-age drama is set against the backdrop of the 1979 Sino-Vietnamese war and tells the story of Xiaoping (Miao Miao), a talented dancer from Beijing suffering the family disgrace of her father having been sent for “re-education”. A young man, Liu Feng (Xuan Huang), brings her to the People’s Liberation Army dance troupe – a group of soldiers tasked with promoting revolutionary values through music and dance. But Xiaoping’s dreams of restoring her family name are quickly dashed by the bullying dancers and her fate is further thrown into doubt as the death of Chairman Mao (1976) sends the region into chaos. Beautifully shot and moving, the film shifts seamlessly from a celebration and subsequent loss of the dreams of youth to the profound political and cultural transformations that took place in the period.

Feng Xiaogang is one of China’s most commercially successful directors, with 19 films now under his belt ranging from comedy (The Dream Factory) to drama (Earthquake) and his previous film I Am Not Madame Bovary received considerable critical acclaim for its depiction of a peasant woman struggling against society after being accused of adultery, starring China’s most famous actress, Fan Bingbing. He has also increasingly addressed controversial topics through his films, often speaking out on the issue of Chinese censorship. In fact Youth film was originally denied its Chinese release due to its content but fortunately was finally given the green light for its release in China and the UK simultaneously. The film also opened the inaugural Pingyao Film Festival founded by Chinese auteur Jia Zhang-ke, and as such played a firm part of the new project to bring Chinese and Western film into dialogue.

We had the pleasure of speaking with Feng ahead of the film’s UK release.

Hi Feng, thanks so much for taking the time to speak with us and congratulations on a beautifully shot and moving film. First off, for those who haven’t seen it, how would you summarise what Youth is about?

Youth tells a story of the youth in a Cultural Troupe. The protagonists Liu Feng and He Xiaoping are acted by Huang Xuan and Miao Miao respectively. The narrator of the story is Xiao Suizi (Zhong Chuxi). Each one of them had their own destiny.

It’s a very unique story. What inspired you to make a film about this period of history, the 1979 Sino-Vietnamese war, and to focus on an army performance troupe? I understand the screenplay was adapted from a novel by Yan Geling?

I entered a propaganda team at the age of 19 and then the Cultural Troupe at the age of 20. And the life in the Cultural Troupe in the army was unforgettable for me for many years. Many things have been erased from my memory, but this period of time will be kept in my mind forever. When recalling the past difficult days, I can only describe this period of time as a colourful experience. It was in 2002 when I began to write my biography I Devote My Youth to You, and it occurred to me at that time that I can weave such memories into a movie. So after many years passed, as a movie director reaching the age of 60, I began to shoot this movie.

I had been waiting for a female screenwriter, as the girls in the Cultural Troupe had left the deepest impressions to me. I sincerely invited Yan Geling to be screenwriter of Youth. A major reason was that she happened to share the same experience with me. She once worked for Hubei Cultural Troupe. When talking about life in the Cultural Troupe, we were quite agreeable with each other. I’d like to specifically express my appreciation to Yan Geling. Without her, Youth would have come to a standstill.

You have a fantastic cast, particularly with great performances from Huang Xuan as Feng Liu and Miao Miao as Xiaoping He, how was it working with them?

The filming team was established way earlier than the real shooting. And the young actors and actresses, including Huang Xuan, joined at the very early stage and lived together like a real Cultural Troupe. They had military training, dancing training, and script reading all together. Spending time with those aspiring actors and actresses was such a pleasure, and it reminds me of my own very first experience of joining a filming group. We spent most of the time together during the shooting, and I myself became very passionate too.

You cover an ambitious range of locations with a large cast and the Mise-en-scène were very complicated as well. Were there any scenes that were particularly challenging to shoot?

Surely there were difficulties. For example, the war scene was six minutes of footage that was accomplished in just in one shot. Every detail was real without any computer-generated images. The creativity and technical skill were crucial to achieve each tiny detail. It was very difficult, even dangerous sometimes, so we had to rehearse many times to make sure everyone’s position was precise. And the explosion points, the performances of the actors/actresses, positions, motions of the cameramen, aerial and underground work – everything had to be quite precise. We eventually succeeded, and everyone was very excited.

However, difficulties are inevitable for filmmaking, and is quite normal, as a part of the nature of our work. Every shot has its own difficulty so there is not really a “most difficult” one. Overall, I really enjoyed the shooting of Youth. Every day, I looked forward to walking into the yard of the Cultural Troupe again, and into my youth, too.

The film is a sweeping epic that takes the profound and complicated political and cultural reformation as its background, yet also delves into individual experience and relationships at the same time. What do you think the film’s key themes and messages are?

Personally, it is a realisation of the dream of my youth. And I believe that it means different things to different people. For example, some people might be seeing their own youth in the film, while others might be focusing on the love stories. Borrowing a famous description for Hamlet, I think that “Everyone has his own Youth.”

Western audiences may not be familiar with this period of history or the culture it explores – what do you hope for them to take away from the film?

I believe that Western audiences will gain a certain degree of understanding of how people lived in that period of time. Although it is possibly very different from their own experience, I believe that the excitement and affection of the youth resonate across different geographical and national boundaries.

Thank you so much for your time Feng and congratulations again on a wonderful film.

Youth is released in select cinemas on 15th December 2017.

Watch the trailer for Youth here: