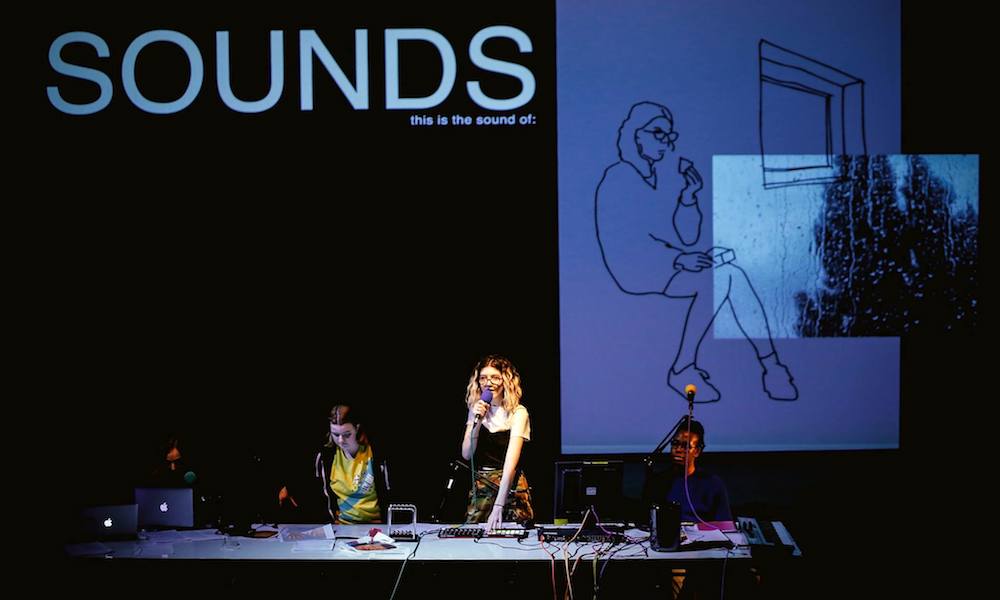 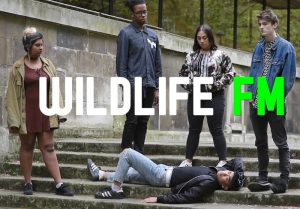 Sometimes the boldest thing you can do is just give over a space and say, have at it. That’s what the exemplary Unicorn Theatre has done with Wild Life FM: put their trust in director Pol Heyvaert, writer Kim Noble, composer Jakob Ampe and an immensely talented bunch of kids to produce something unique.

Introduced by the rich, velvety tones of Justin Campbell (the standout in a great ensemble), Wild Life FM is a hijacking of both theatre and radio – the press night was broadcast live on Resonance FM – by people rarely given the room to make their voice hear.

Under a throbbing urban soundscape, prank calls force uncomfortable conversations about adolescent sexuality while emails are sent to rock idols and GIFs and Google appear on a giant screen. Interview snippets reveal the worries that gnaw at the minds of the young, as audience members are interrogated and teens croon about embryonic love. It’s the overwhelming feeling of having too many thoughts, too many ideas, too much information to process.

Assessing the composite parts of this collage really isn’t the best way to get the most out of Wild Life FM. Of course, different sections are more successful than others – that’s baked into the kind of variety and sketch shows Wild Life shares DNA with. Better is to look at what the piece is saying as a whole: the fractured, distracted way it expresses just some of what it is to be young in the UK in 2017.

Honesty is key, be it the accounts of fumbling sexual discovery, or teen homelessness, or emoji-laden heartbreak, these kids haven’t been censored. There is both a frankness and irreverence that comes from actually allowing the teenagers to devise the show themselves, rather than some middle-aged writer try and approximate what they once felt. This bleeds into the reactions from the youthful audience, unafraid in the welcoming surroundings of the Unicorn to treat the show more like a gig than a stuffy theatrical performance.

Wild Life FM doesn’t try and pretend that each experience is the same – it ends on a note of discord, a challenge to those who are given the privilege to perform, in the face of the majority who aren’t. And obviously, at just 55 minutes, ideas are underexplored or executed poorly. Yet what doesn’t work is just as important as what does: it’s messy and sloppy and sad and goofy and confused and funny. It’s teenage life.

Wild Life FM is at the Unicorn Theatre from 12th January until 20th January 2018. For further information or to book visit the theatre’s website here.