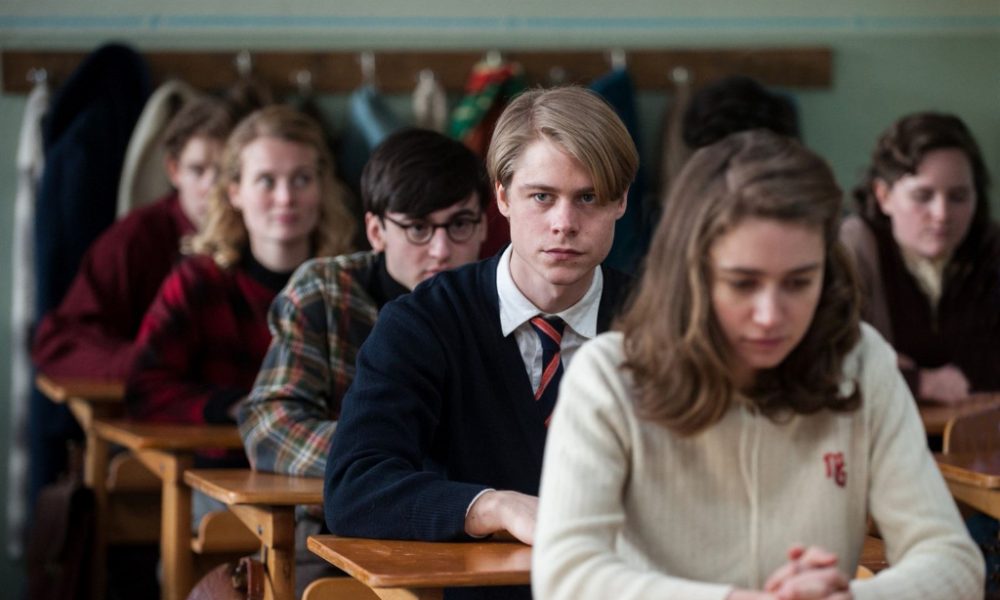 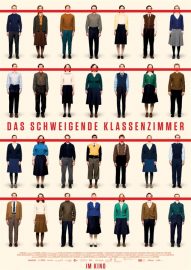 The direct English translation of the film’s original German title (The Silent Classroom) would have been more apt, since this so-called silent revolution gets rather shouty at times. There’s also the matter of someone in the post-production department abruptly and regularly cranking up the volume on the soundtrack, underscoring the obviousness of some scenes that were rather obvious from the beginning. The Silent Revolution isn’t subtle, but it clearly wasn’t meant to be.

Set largely in East Germany in an era that hasn’t been much explored in cinema, the movie takes place in 1956, and while Germany has been defeated and divided, the Berlin Wall has not yet gone up. Students Theo (Leonard Scheicher) and Kurt (Tom Gramenz) pay a visit to West Berlin, and sneak into the cinema – defrauding the decadent capitalists like good little communists. They’re shocked by newsreel footage depicting the violent expulsion of Soviet forces in Hungary. Back home, Kurt has the idea of leading the class in a moment of silence in honour of the Hungarians who perished. The trouble is, a very different version of events is being told back in the East. The eviction of the Soviets was also a rejection of socialism, and so the students’ efforts unwittingly bring them into a direct clash with the ideologies of East Germany.

Director Lars Kraume delivers a noble, if heavy-handed examination of true events, and while proceedings and characters appear thinly sketched at first (with multiple scenes of intrepid youngsters determined to get to the bottom of things, like a dogless, German version of Scooby Doo), a sense of gravity gradually settles when the consequences of their innocent and well-intentioned efforts become obvious.

Though melodramatic, the picture is grounded by winningly earnest performances from Scheicher and Gramenz as the idealistic students, with a measuredly daunting supporting turn from German cinematic stalwart Burghart Klaußner as the East German minister for education. The film is richly interesting and enlightening as opposed to being revelatory or engrossing. The Silent Revolution proudly wears its heart on its 1950s sleeve.

Das schweigende Klassenzimmer (The Silent Revolution) does not have a UK release date yet.