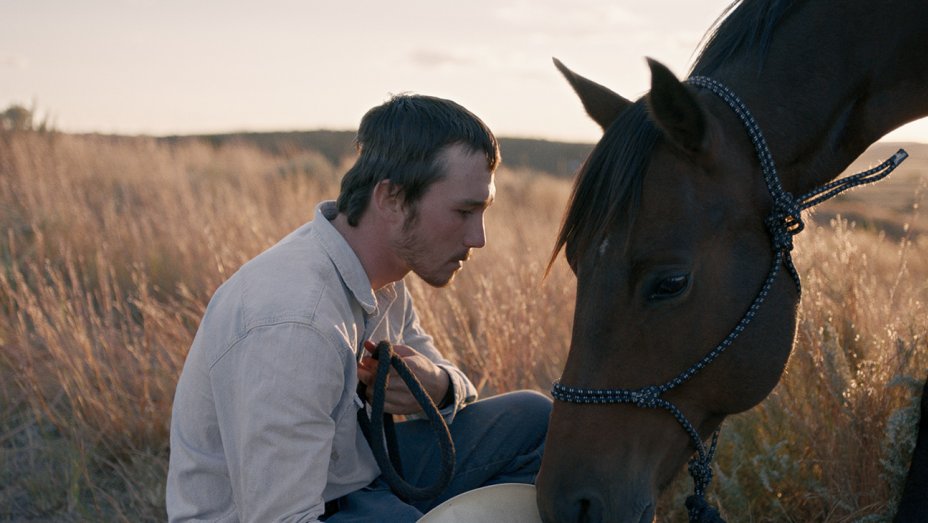 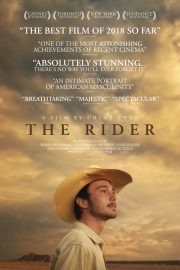 Another valuable result from recent debates about gender equality (as well as respect for women) is awareness of “toxic masculinity” and the social pressures men face to uphold it. Movies and TV shows are starting to reflect it, especially from women writers and filmmakers like Eliza Hittman (Beach Rats) and Marti Noxon (Sharp Objects). In The Rider – the new movie from Chloé Zhao – this pressure is mixed into the dreams of bronc rider Brady (Brady Jandreau), whose aspirations in the rodeo are thwarted by a serious head injury.

Brady is advised against riding – another injury like that and he could be down for good. He lives with his emotionally crippled father (Tim Jandreau) and his sister with learning difficulties (Lilly Jandreau), both of whom don’t want him to ride anymore. He socialises with his rodeo pals who tell him to “ride through the pain”, as if a life-threatening head wound isn’t a good enough reason to quit. And he visits his severely disabled friend Lane (Lane Scott), who used to be a great bronc rider until an accident caused him serious brain damage. Brady’s desperate to ride those horses – it’s his dream, and he’ll look less of a man if he doesn’t. But the risks tangle inside him and make him doubt his future.

The film unfolds much like a blunt documentary, especially in the casting: the actors are non-professionals, the main family is a family in real life, and the picture is loosely based on their lives. There are many moments that feel real, and sometimes the fiction is questionable. One extended scene has Brady training a restless horse into submission, which is beautiful to witness. It’s all shot from one position and edited with jump cuts, as if cinematographer Joshua James Richards followed Jandreau to the stable one day and started rolling.

The Rider is not nearly as existential as it could’ve been, with Zhao not expanding on some of the social consequences of her protagonist’s injury. The story’s limited to one feeling (loss of one’s dreams) and one setting (badlands of South Dakota), which makes the film feel stuffy at times. But this constricted approach benefits the director’s comforting style, which needn’t be invaded by other parts of the world. There’s no pressure to speed events along or invent extra conflicts for Brady to jump through. This makes for a peaceful yet traumatic character drama.

The Rider is released in select cinemas on 14th September 2018.

Watch the trailer for The Rider here: